FERRAN TORRES has sealed a return to Spain by joining Barcelona from Manchester City for £55million.

A deal – which includes an amazing ONE BILLION EURO (£842m) buyout clause – was agreed between the two clubs last week. 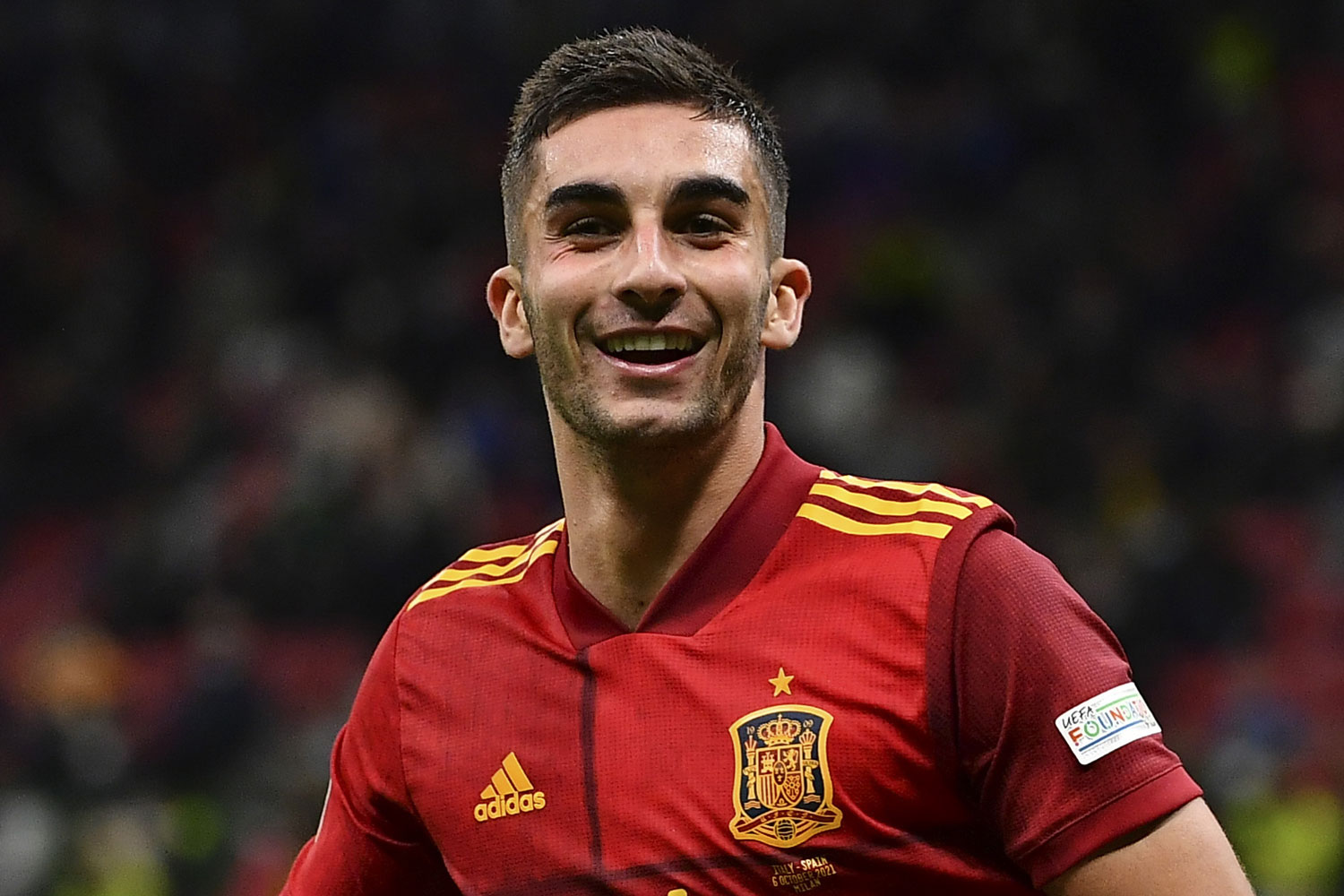 And former Valencia wide man Torres, 21, posted footage of himself training back in his homeland on Sunday evening.

He underwent medical at the Nou Camp and signed a five-year deal soon afterwards.

The Spanish international told Pep Guardiola earlier this month that he wants to return home after finding first team opportunities limited at the Etihad.

And the cash-strapped Catalan giants have agreed to pay around £46.7 million up front.

In addition there are around £8.5 million of add-ons relating to how he performs – with City almost guaranteed £6 million out of that.

The Premier League champions will also be entitled to a sizeable windfall of upto £8.5 million if Torres leaves the Nou Camp for big money in the future.

Director of Football Txiki Begiristain said: “Ferran should be proud of what he has achieved here at Manchester City.

“Last season was his first time in a new country, but he adapted well. He always gave 100%, worked hard for the team and scored goals which helped us win trophies.

“Injury unfortunately prevented him from playing more games this season, but Ferran is a player we have all enjoyed working with and we wish him all the best at Barcelona and for the rest of his career.”

City believe they have struck a great deal for a player who cost them just £20.8 million when he arrived from Valencia in summer 2020.

It may end up becoming the record sale in their history – topping the £54 million they pocketed for Leroy Sane a few months before Torres arrived.

And the money can be used for their pursuit of a new striker at the end of the season – with Dortmund’s Erling Haaland high on the list of targets.

Torres started only 31 games for them, scoring 16 times – but has not featured since breaking a bone in his foot during the October international break.

Boss Pep Guardiola decided he would be used mainly as a central striker this season following the departure of Sergio Aguero.

After their failure to land England captain Harry Kane, the feeling was Torres would help to soften the blow by getting the goals they needed.

However he has made only four Prem appearances and the manager has used other players such as Raheem Sterling, Bernardo Silva and Kevin de Bruyne to fill in down the middle. 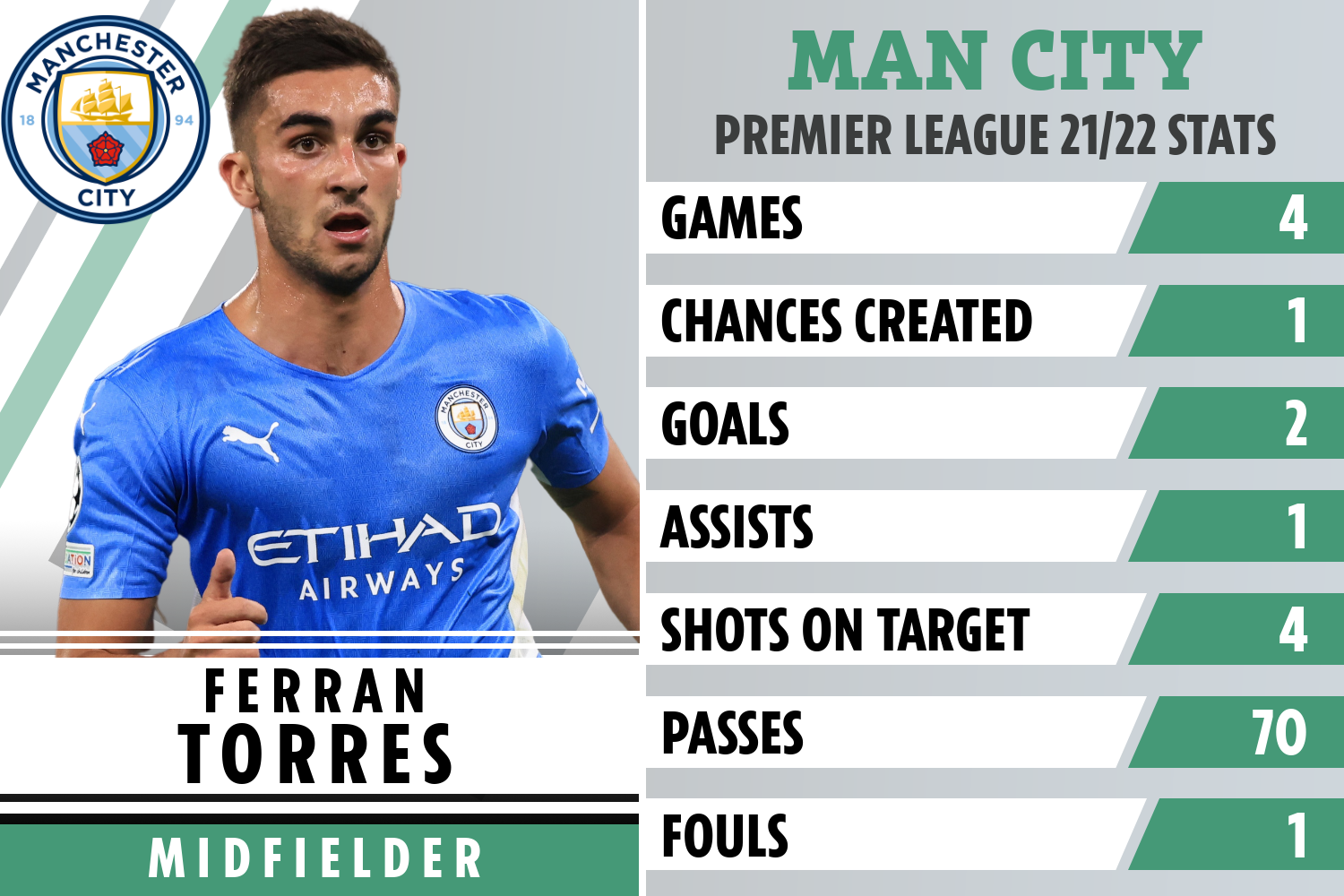 And the feeling at the Etihad is that barring a major injury crisis, they can manage the rest of the season without him.

New Barca coach Xavi quickly identified the youngster as the man who he wanted to build his team around.

Despite their well-documented financial problems, the Nou Camp board have backed their man in making the deal happen – thanks largely to a bank loan.

However they will now need to free up some space on the wage bill to make room for Torres due to the financial fair play restrictions imposed on them.

Even though his impact has been minimal at City, he is viewed as one of the hottest young prospects in Spain having scored 12 goals in 22 caps for the national team.

And the signing is likely to be well received by Barca fans who are desperately in need of some good news after their Champions League exit earlier this month.

Guardiola said last week they will not look to sign a replacement in January – preferring to wait until next summer.

He agreed to let Torres go once it was clear he wanted out – and his team have racked up 17 goals in their last three matches without him.