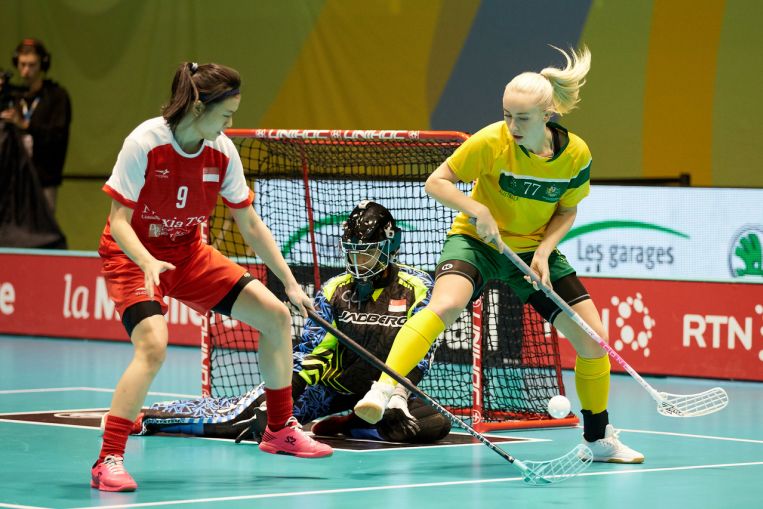 SINGAPORE – Singapore has qualified for this year’s Women’s World Floorball Championships (WFC) based on their world ranking after the International Floorball Federation (IFF) announced on Wednesday (April 14) that the qualification events have been cancelled.

The Republic, ranked 14th in the world, will be joined by 15 other countries, including host nation Sweden, in Uppsala for the Nov 27-Dec 5 tournament.

The five regional events were scheduled for May and June, “however, the Covid-19 pandemic continues to make the situation for preparation and travel very difficult in most countries”, said a statement on the IFF website.

Singapore were due to compete in the qualifier for Asia and Oceania in Japan from June 29 to July 3. The other events were to be held in Canada, Latvia, Italy and Slovakia.

IFF president Tomas Eriksson said the governing body’s central board members “stressed that it is first and foremost our duty to take care of the safety and well-being of all players and officials, hence with all uncertainty with Covid-19, it leaves us with the only option to cancel the WFCQ, however sad it is”.

Of the 25 teams registered to participate in the qualification tournaments, 11 said they could not participate and five more said their participation was “highly doubtful”, according to the statement.

The main reasons cited were travel restrictions, including testing and quarantine rules, and the lack of preparation because of local regulations.

At the 2019 World Championships in Neuchatel, Switzerland, Singapore’s women’s team achieved their best-ever finish of 12th of 16 teams since the tournament switched to a one-division format in 2011.

That feat came shortly after they retained their gold medal at the 2019 SEA Games, following a 3-2 win over Thailand in the final.

Singapore will host the next edition of the WFC in 2023, nearly two decades after the Republic last hosted the event in 2005, when they finished 11th of 17 teams in the two-division tournament.