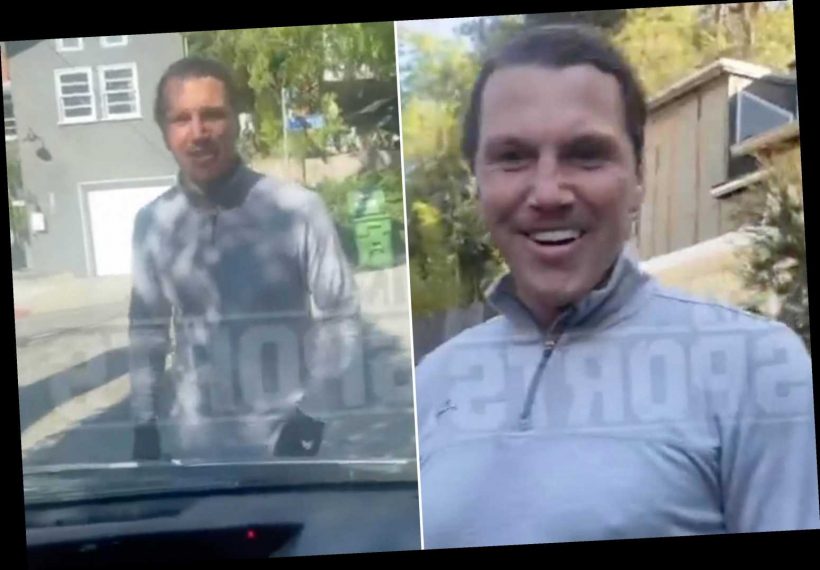 In video obtained by TMZ filmed by the car owner, Avery jogs up behind the man’s vehicle, and he slows down and pulls to the side of the road. Avery then runs up to the driver’s side of the car, dressed in an all-white jogging suit, and attempts to open the man’s car door – smiling and saying nothing as he does.

The driver, who is identified by TMZ as Niku Azam, slams his door shut and rolls down his window to call Avery a “psychopath.” Avery then runs around to the front of the car and stands in front of it, still smiling, as Azam honks the horn.

Avery then punches the man’s left car mirror and runs away.

According to the report, this was not the first confrontation between the two men. In February, Azam said he had unintentionally blocked the road for Avery, and when he let him drive by, the former New York Ranger yelled “slow down you fat f–k” several times.

Azam says Avery recognized him from the February incident, which led to this confrontation.

In another video obtained by TMZ, Avery claims he was the victim in the situation, saying he was hit by the car earlier and the man attempted to “run him over,” though there is no evidence of that in the previous video.

Avery had been at the center of numerous controversies over his NHL career, perhaps most famously saying before a game that it was a “common thing in the NHL for guys to fall in love with my sloppy seconds.” He was referring to two NHL players, Dion Phaneuf and Jarret Stoll, who were at the time dating his ex-girlfriends. He was suspended six games for the comments.