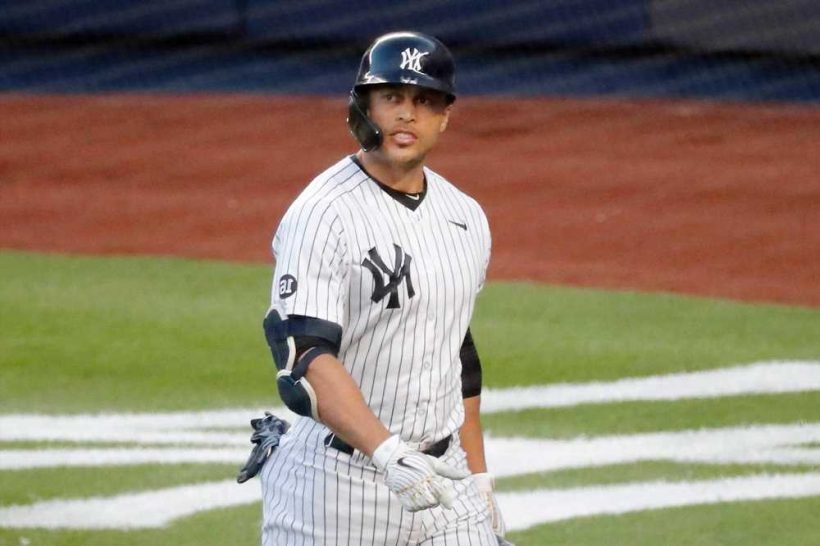 Inside Amazon’s plan to take over the sports world

Giancarlo Stanton went hitless on Opening Day, and afterwards Aaron Boone said it was a “tough day” but he wasn’t worried about his slugger.

“He’s too talented and knows what he’s doing and what the league is trying to do to him,” Boone said. “It will play itself out over time. The biggest thing is to make sure he posts all the time.”

So far, Stanton has “posted” regularly, but the results have not followed.

He delivered a 120-mph single, the hardest ball hit this season in the majors, to drive in a pair of runs in his most recent game on Tuesday.

But his other numbers are more alarming.

Stanton’s rocket single snapped an 0-for-17 skid. His walk rate is down, ground-ball rate — like much of the rest of the lineup — is up and he’s not hitting line drives like he typically does.

Stanton’s average exit velocity (94.5 mph) is still robust, but it hasn’t resulted in what the Yankees hoped to see, which was some version close to what he was able to do in last year’s playoffs.

That’s when Stanton reminded the world what he was capable of at the plate, with six homers in seven games, changing the look of the entire lineup.

In his 10 games this season, he’s hit just one home run and his production against left-handed pitching has mysteriously vanished.

Over the course of his career, Stanton has typically devastated lefties, with a 1.013 OPS. So far this year, he’s just 3-for-15 with no extra-base hits or walks. And versus right-handers, Stanton has 10 strikeouts in 28 plate appearances.

If there’s one thing Stanton has proven over the years is that he can get into grooves that make him virtually unstoppable.

But as one opposing scout who watched him during spring training and early in the regular season said, “he needs to find his swing and he hasn’t found it yet.”

The Yankees swapped Stanton and Aaron Judge in the batting order in Stanton’s last two games, with the DH moving up to second and Judge dropping to third, but the offense hasn’t generated much against opponents other than the Orioles.

Stanton is far from the only reason why that’s the case.

Judge wasn’t hitting the ball in the air much until he homered twice in Wednesday’s loss to Toronto in Dunedin, Fla. DJ LeMahieu’s power has plummeted, Gleyber Torres’ and Clint Frazier’s exit velocity have dropped and Aaron Hicks has struggled overall, losing his spot in the three-hole in the order.

And then there’s the black hole at first base, where Jay Bruce has been unable to provide the Yankees with the production they were looking for as Luke Voit recovers from surgery to repair a torn meniscus in his left knee.

Voit’s return, expected sometime in early May, will no doubt lengthen the lineup and provide some protection for Stanton.

In the meantime, the Yankees will take solace in the fact that Stanton is healthy after appearing in just 41 games over the previous two seasons, with the knowledge that what he did last October can reappear quickly.