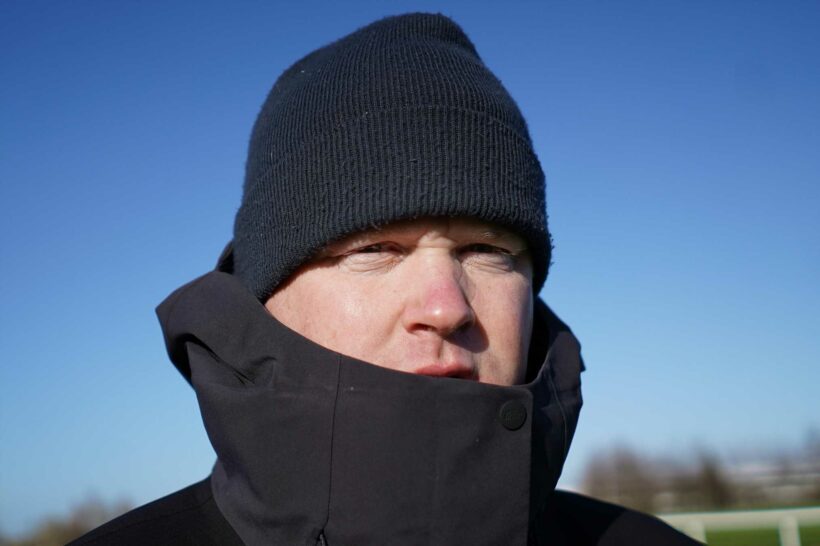 GORDON ELLIOTT has posted a rare social media update counting down the days until he returns from his ban.

Elliott was hit with a one-year ban – six months of it suspended – after he confirmed a photo of him sitting on a dead horse was genuine. 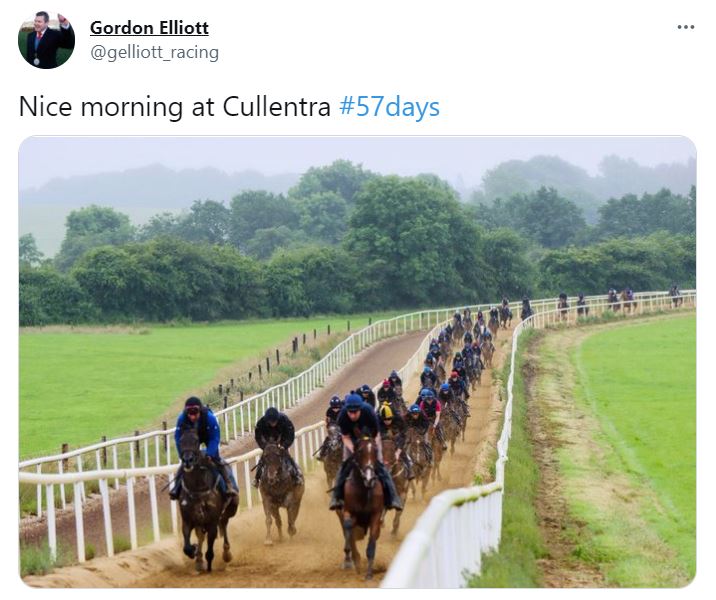 But taking to Twitter today, Elliott posted a photo of horses at his Cullentra base with the caption: "Nice morning at Cullentra #57days."

Racing was rocked by an image of one of its top trainers showing no regard for the poor animal.

The three-time Grand National-winning trainer, who missed last March's Cheltenham Festival as a result, branded his actions an 'indefensible moment of madness'.

The shocking image showed him straddling the deceased horse, holding a phone in one hand and doing the V for victory symbol with the other.

Elliott's ban came into force on March 9 – just one week before the start of racing's biggest festival.

Staff at his yard were 'in tears' as top owners, including Cheveley Park Stud, removed their horses from his Irish HQ.

Denise 'Sneezy' Foster took over control of the horses that remained. 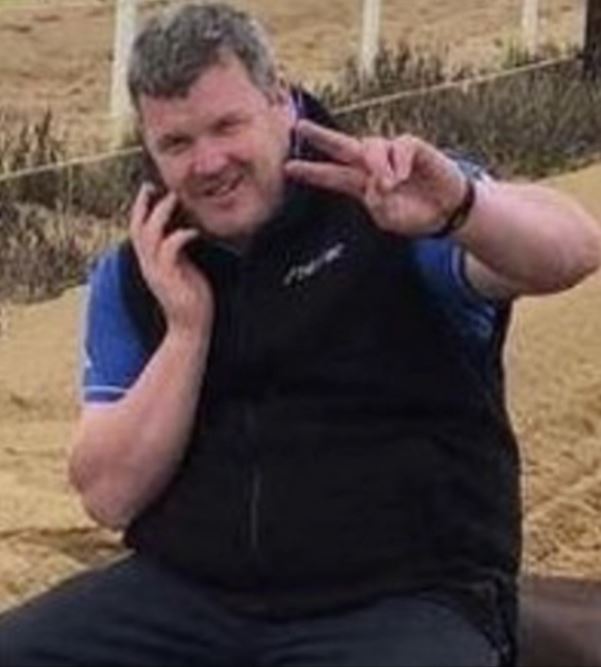 Elliott apologised twice for his actions, and told the Racing Post: "I'm absolutely heartbroken. What other way could I be?

"It is gut-wrenching to see the impact all of this is having on my staff.

"They have been the ones who have brought such success to the yard.

"They are gutted, each and every one of them. To see them suffering because of something I have done is hard to stomach.

"I'm very lucky to have some great friends around me, people who have stuck by me despite all of this, and they are doing their best to pick me up off the floor.

"It's heartbreaking to see what is happening."

Racing chiefs said the leaking of the photo, which was originally taken in 2019, was part of a 'sinister and concerted attack' on the trainer.

Jockey Rob James was also banned for a year – the final eight months suspended – after a video emerged of him jumping on a dead horse.