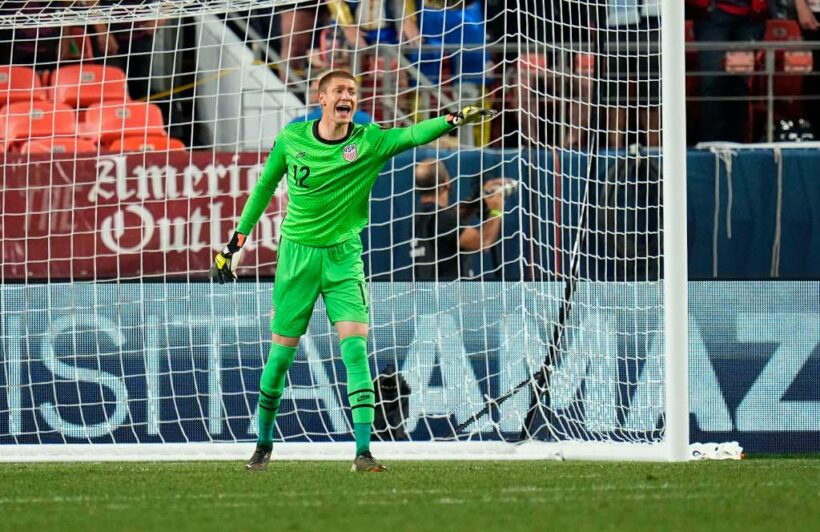 Talk about a week to forget.

Remember seven days ago? When the Avalanche was on a collision course with the Stanley Cup Final; the Nuggets were fresh off a thrilling first-round playoff series victory that included star turns from Michael Porter Jr., Austin Rivers and Monte Morris; and the Rockies … were playing games at Coors Field?

Oh, what a time to be alive.

Alas, those Colorado sports salad days have come and gone, and it isn’t too hard to look in the distance and see a future in which all we have left are the Rockies — who will still have to play (and lose) many more games away from Coors Field this season.

Even in a week that featured six playoff losses for Colorado teams (and more Rockies road weariness), nothing came close to approaching the international incident that transpired Sunday at Empower Field in the final 30 minutes of the CONCACAF Nations League Final.

The men’s soccer match between the United States and Mexico had a little bit of everything.

Offensive chants that halted play. Controversial video replays. Bottles hurled onto the field and at players’ skulls. A fan running onto the pitch in all his unathletic glory.

Yes, it was a raging dumpster fire.

And the only reason it was mercifully extinguished was the brilliance of Arapahoe High School alum Ethan Horvath, whose miraculous penalty kick save in extra time preserved a 3-2 USMNT victory and allowed the crowd to disperse and sanity to be restored.

For that, we all owe Mr. Horvath a debt of gratitude.

The Grading the Week staff won’t pretend to be hockey tacticians on par with the Presidents’ Trophy-winning head coach of the Avalanche.

We will, however, quibble with Bednar’s seeming inability to turn around a series vs. Vegas that went south after the first period of Game 2.

Is it possible the Golden Knights were just better and Bednar’s hands were tied? No doubt.

But, for the first time in the past three seasons, we’re at least considering the possibility that he could’ve done more to get this team past the second round.

Of course, there is a world that exists in which COVID never happened, the NHL schedule is played as normal and the Avs don’t have to see the Golden Knights until the Western Conference finals.

In that world, Colorado may very well have won consecutive Stanley Cup Playoffs series for the first time in 19 years. And we’re all probably looking at this series loss quite a bit differently than a third straight second-round exit.

It isn’t every year a Colorado athlete gets named Most Valuable Player of one of the four major sports leagues — barely even every decade.

There might be some who grouse at the MVP starring for a team that just started 0-2 against Phoenix in the Western Conference semifinals. Pay them no mind.

Almost none of the Nuggets’ struggles against the Suns can be laid at the feet of Joker, who averaged a double-double (23.0 ppg, 11.0 rpg, 4.5 apg) in the first two games of the series. The team’s myriad backcourt injuries are what’s coming home to roost — not to mention sudden back issues for No. 2 option MPJ.

It’s a bitter pill to swallow for those of us who saw what this team was capable of in the weeks preceding Jamal Murray’s season-ending knee injury.

The West is wide open, and the Nuggets very well could’ve been the team to make it to the Finals.