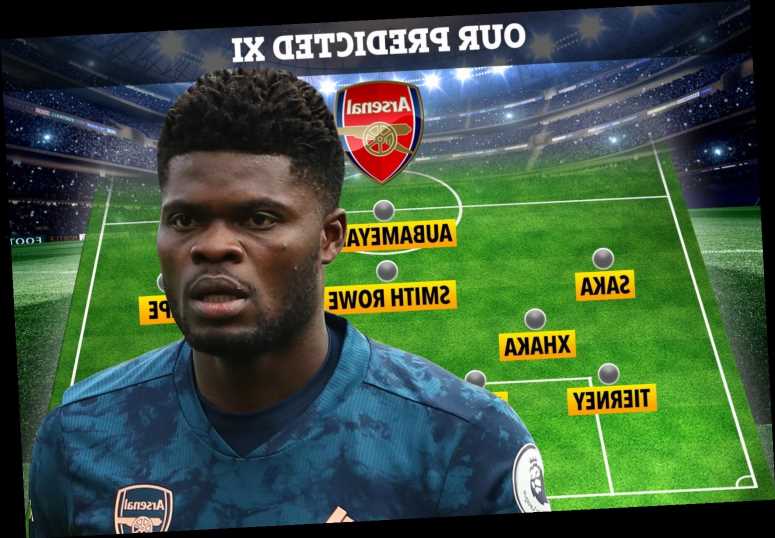 ARSENAL travel to Leicester on Sunday hoping to build some momentum from their late Europa League win over Benfica on Thursday night.

The Gunners could have a clean bill of health as they travel to the East Midlands, with only Rob Holding a doubt through concussion protocols. 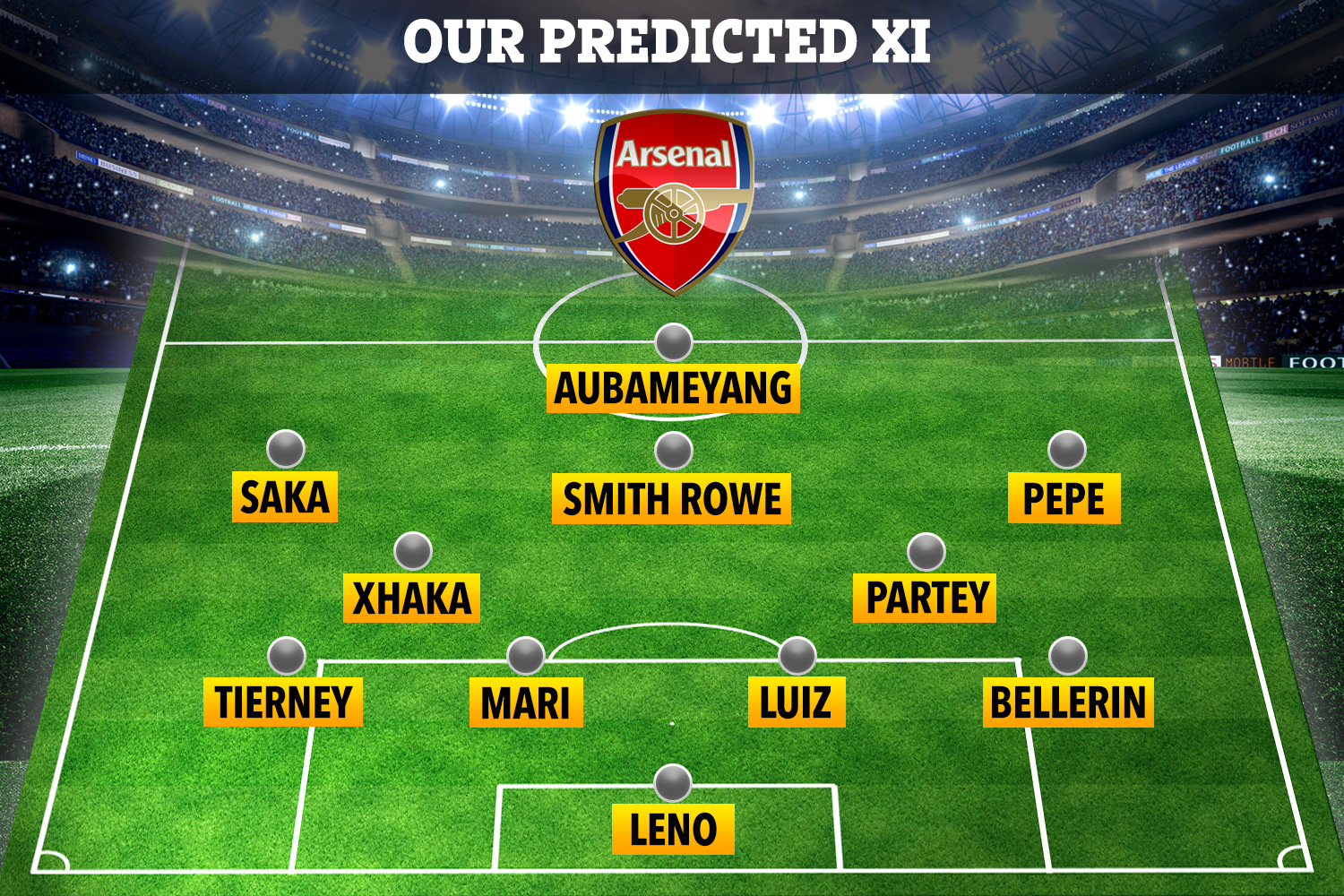 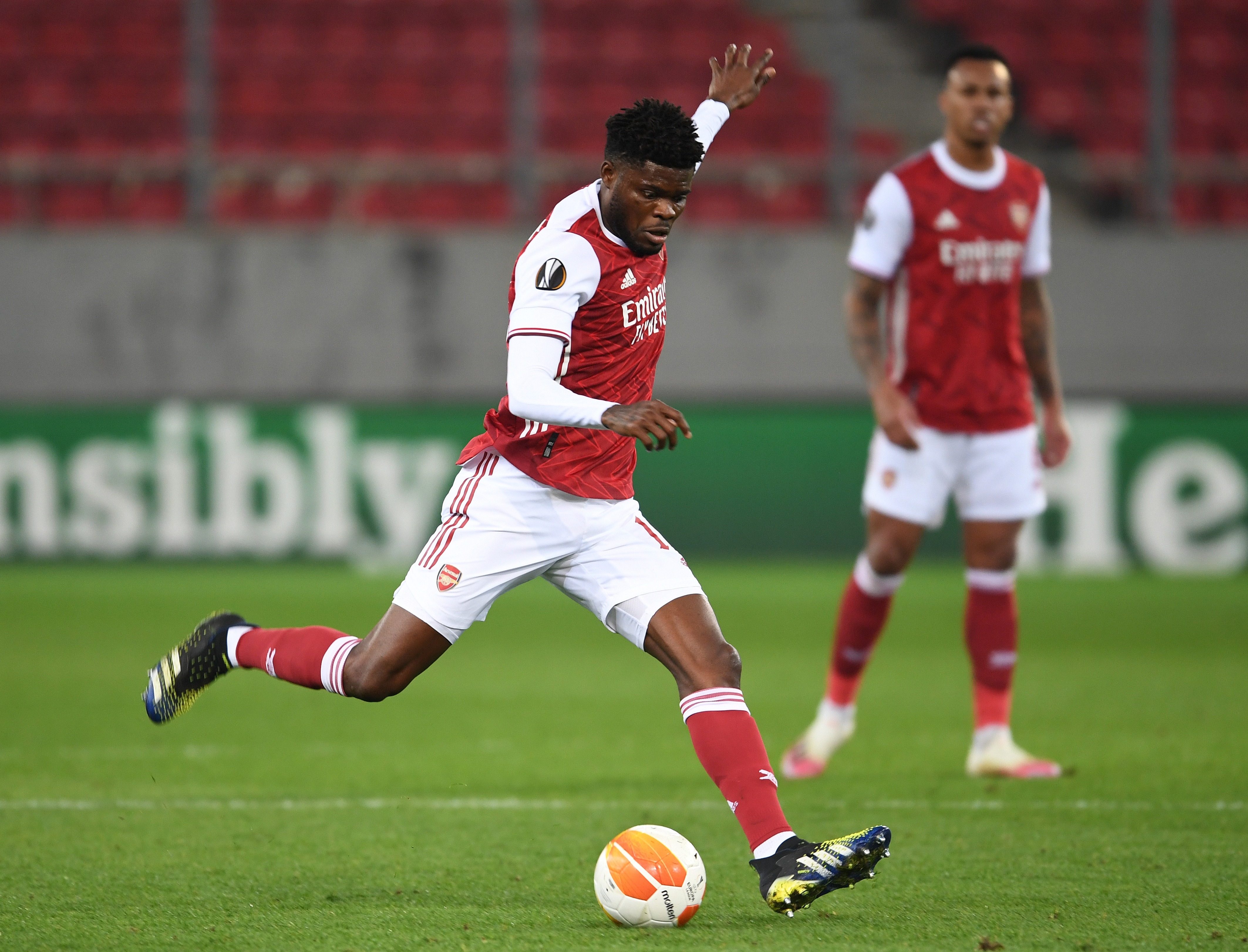 The centre-back missed the Benfica match after going off against Manchester City with a head injury.

On possible rotation ahead of the game, boss Mikel Arteta was coy, saying: "Let's see how we are feeling tomorrow.

"Today the players are still in Greece, we have to travel back on a four-hour flight but we won't use that as an excuse.

"We have to deal with that, we know that when you play in European competition you have to be able to perform every three days and we will prepare to play Leicester with the same intensity like we always do."

Thomas Partey made his latest return from the bench on Thursday and is in line to start alongside Granit Xhaka against the Foxes, who themselves crashed out of Europe following a surprise 2-0 loss to Slavia Prague.

As Arsenal look to capitalise on any Leicester let-up, Bernd Leno will take his usual place between the sticks.

Hector Bellerin, who has been linked with PSG this week, will start at right-back, while Kieran Tierney is fit and raring to go on the left of defence.

Arteta, 38, has rotated his centre-backs of late, with Gabriel, Holding, Pablo Mari and David Luiz having all been handed game time. 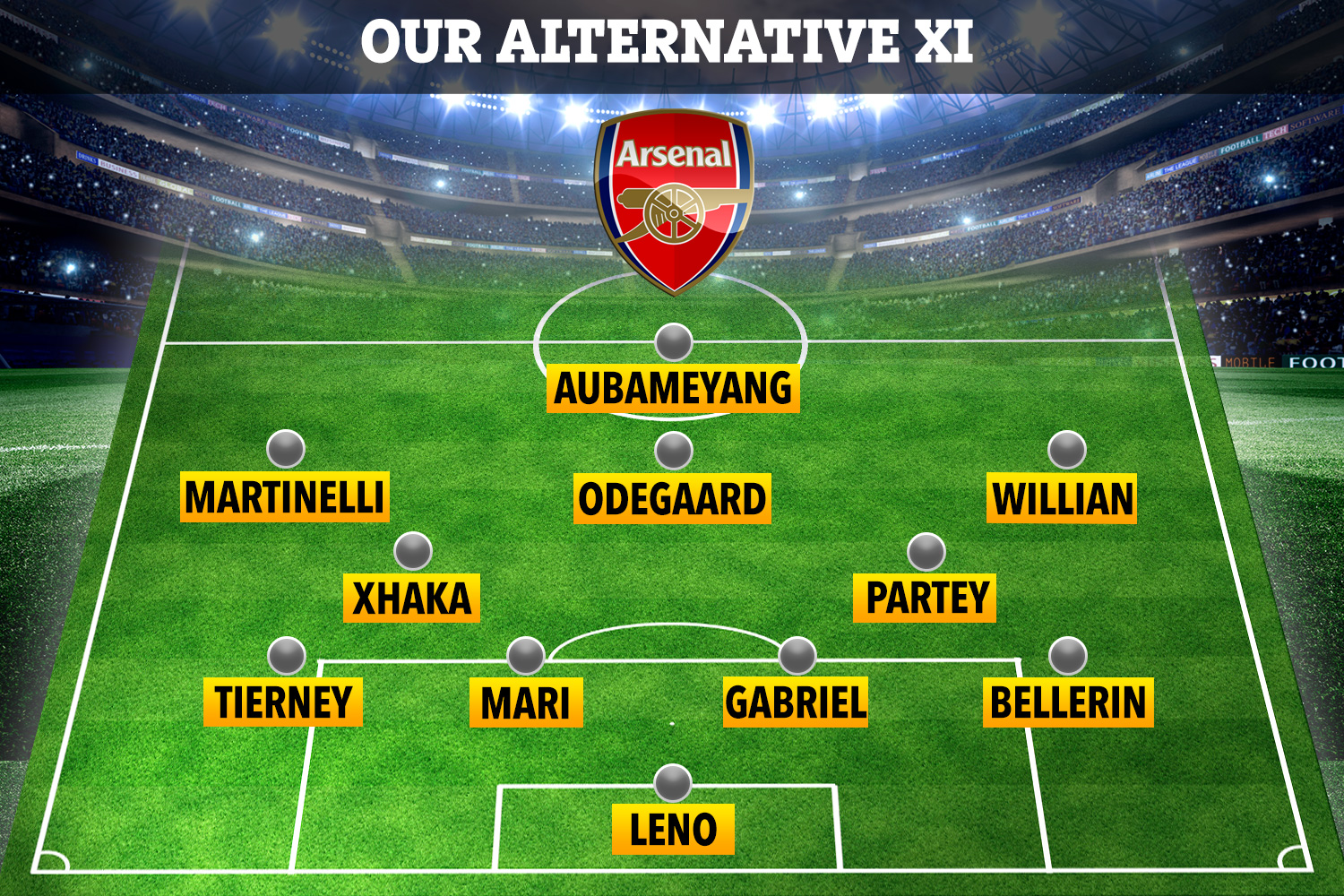 But we think it'll be the latter two that take to the field on Sunday.

With Xhaka and Partey providing the steel in midfield ahead of Dani Ceballos, Arteta has a number of options to choose from going forward.

New signing Martin Odegaard could make way for this one, with Nicolas Pepe taking his place and Emile Smith Rowe moving central from his place on the wing and Bukayo Saka lining up on the other flank.

Alternatively Arteta could opt to rest Saka, with the teenager having racked up the minutes of late – with Willian an option to replace him.

Gabriel Martinelli is chomping at the bit for a chance after injuries, while Eddie Nketiah and Alexandre Lacazette are also fit and available – with the latter hoping to show off his new 'MinionzetteS' boots.

But it will surely be skipper Pierre-Emerick Aubameyang that gets the nod upfront. 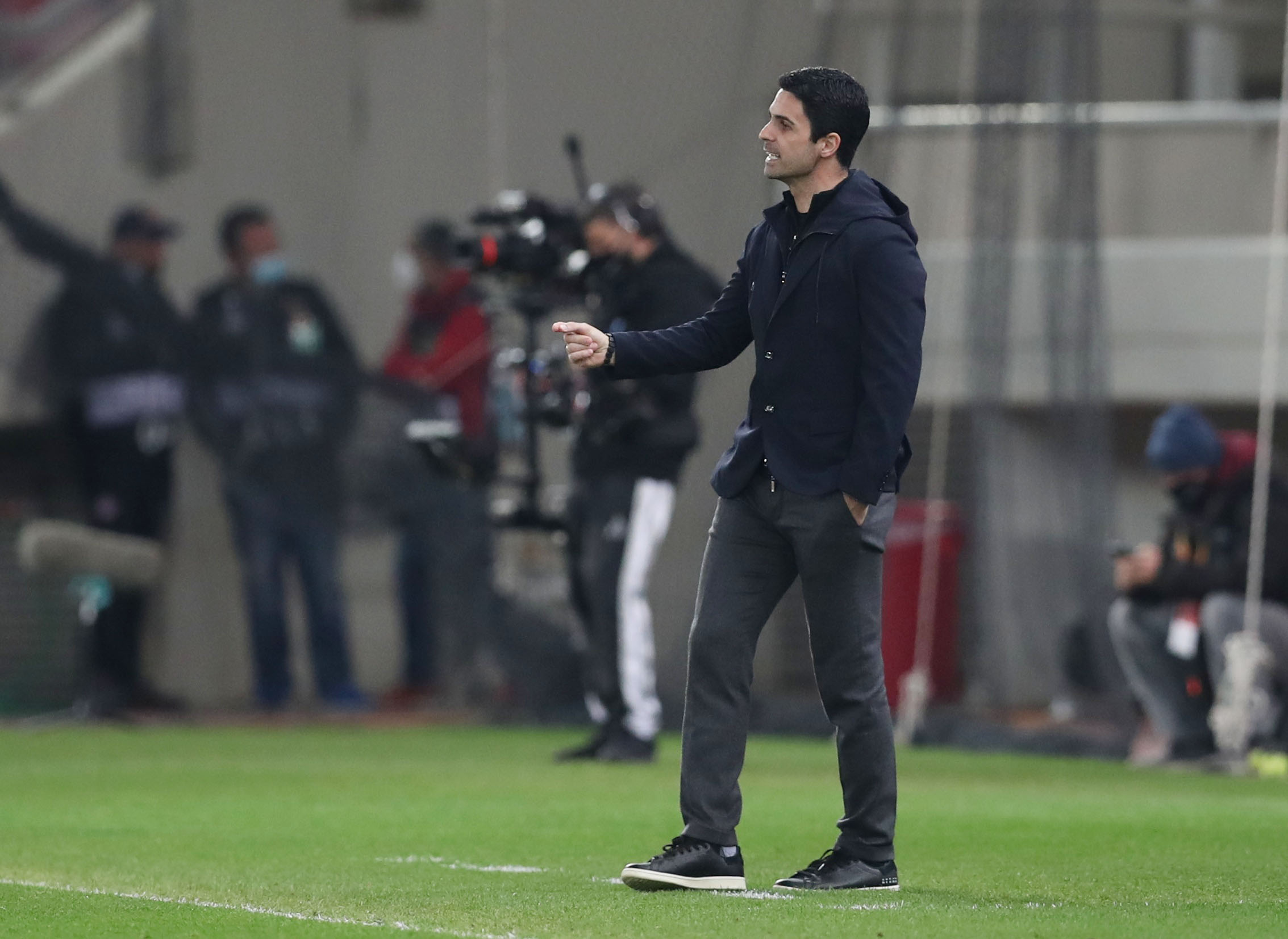 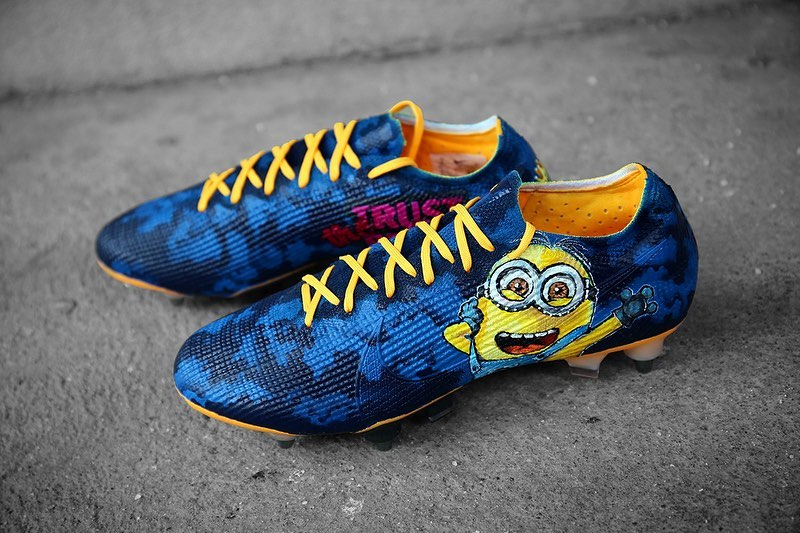