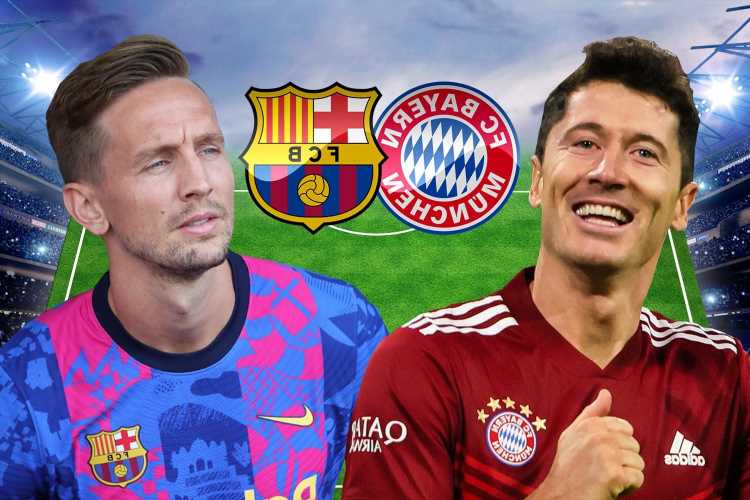 RONALD KOEMAN has a number of attacking dilemmas as Barcelona prepare to try and gain revenge against Bayern Munich.

The Blaugrana were thrashed 8-2 by the German side in the quarter finals of the Champions League in 2020 with the wounds still sore from that pasting. 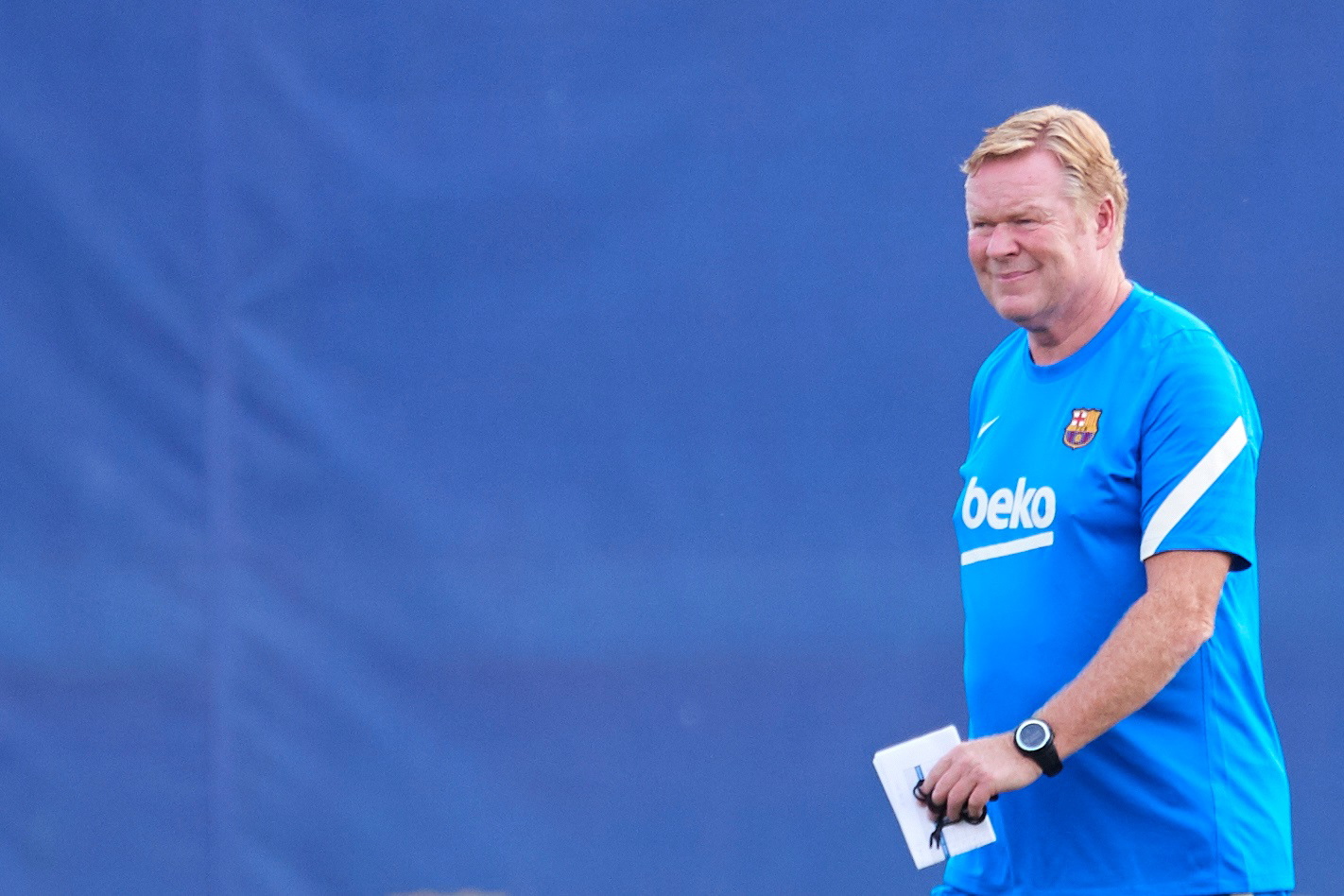 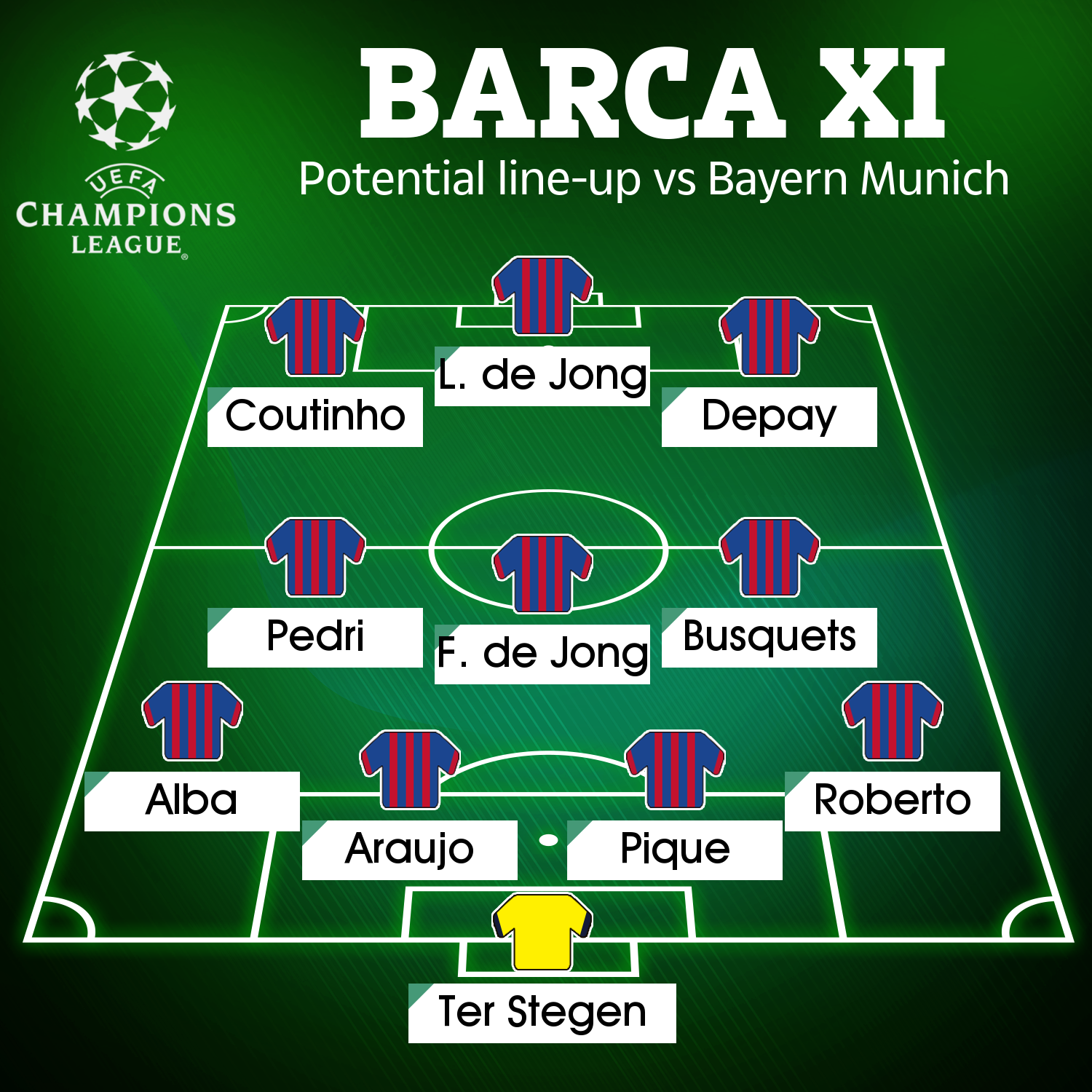 The two sides will go head-to-head again tomorrow night at the Nou Camp, but the hosts will be without several of their forwards for the clash.

Martin Braithwaite is the latest to be ruled out, with Ousmane Dembele, Sergio Aguero and Ansu Fati already missing due to injury.

That means new arrival Luuk de Jong looks set to lead the line with Memphis Depay and the now-fit Philippe Coutinho due to support him in attack.

Sergino Dest still has not recovered from a knock picked up on international duty with USA, therefore Sergi Roberto should get the nod at right-back.

Jordi Alba seems certain to play on the left while Gerard Pique will return in central defence alongside Ronald Araujo.

And goalkeeper Marc-Andre ter Stegen will line-up between the sticks.

Meanwhile, Bayern are sweating over the fitness of Serge Gnabry after he was forced off against RB Leipzig at the weekend due to adductor fatigue.

But that means ex-Chelsea ace Jamal Musiala could come into the side to replace him. 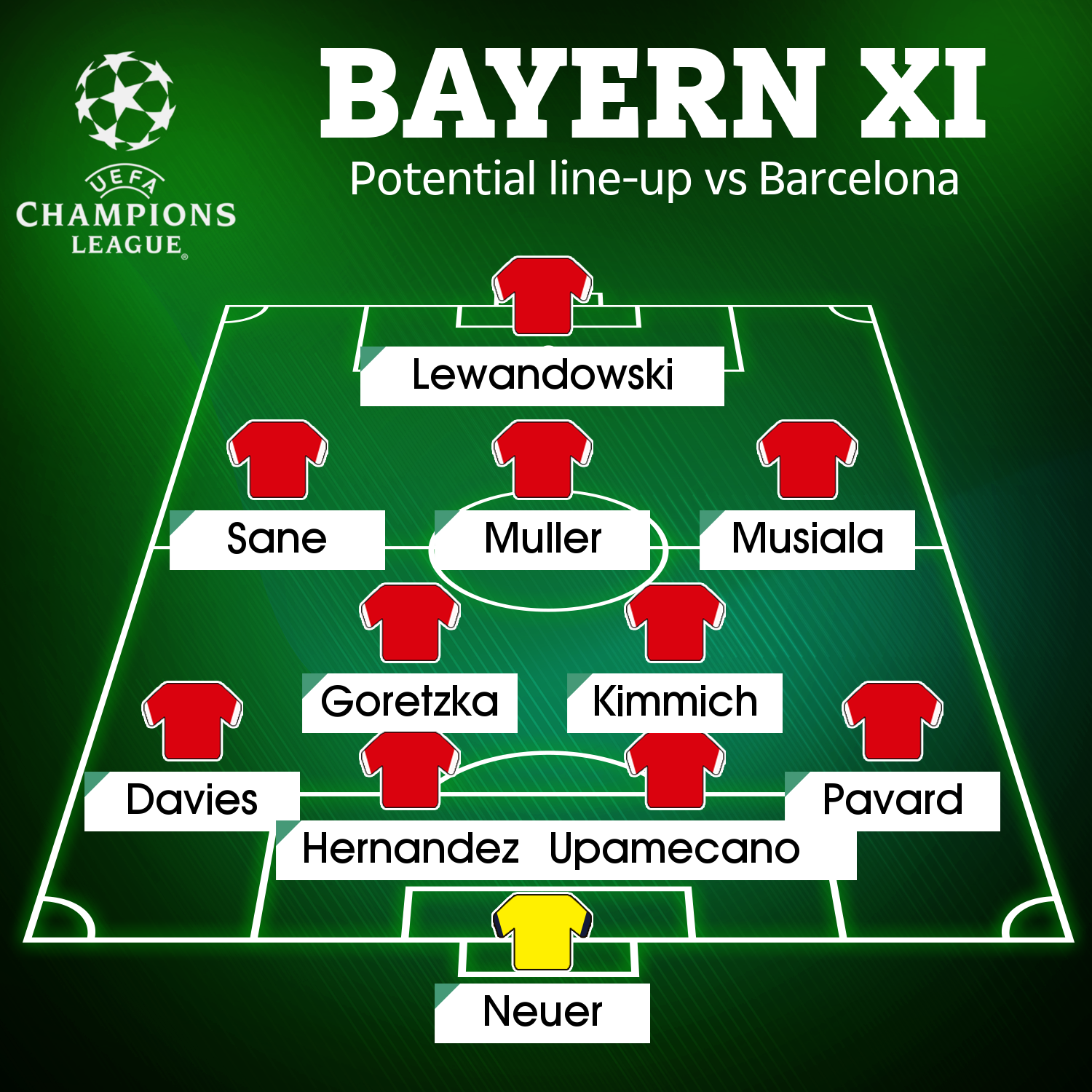 Leroy Sane and Robert Lewandowski will lead the attack with Thomas Muller likely to be deployed in midfield.

Corentin Tolisso is out with a calf issue, but it seems unlikely that he would have replaced either Joshua Kimmich or Leon Goretzka.

And French stars Benjamin Pavard and Lucas Hernandez have recovered from their recent injuries and will be in the Bayern backline in front of keeper Manuel Neuer.