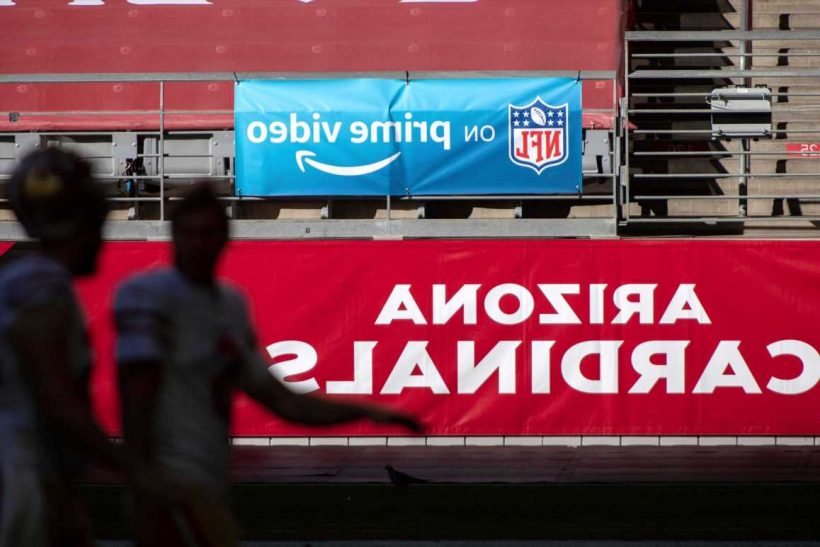 Why Ian Eagle should call the Final Four over Jim Nantz

During internal Amazon Sports meetings to discuss how it wants to deliver games to fans, executives have a saying: “Your game, your way.”

It’s catchy, and it gives insight into Amazon’s approach as it continues to increase its marquee live sports offerings. While there is anticipation of how Amazon will cover the NFL after its recent multi-billion-dollar deal for exclusive rights to “Thursday Night Football,” the question being asked by top sports media executives, agents and broadcasters is:

What is Amazon building?

Upon close examination, a theme is apparent about what Amazon is trying – and so far, so good – to do. With its endless pockets and more than 200 million subscribers to its Amazon Prime membership program, Amazon is shopping in the Tiffany aisle of sports around the world.

Last month, it became official that Amazon will be the home of “Thursday Night Football,” beginning in either the 2022 or ‘23 NFL season. This Sunday, Amazon will simulcast WPIX/Ch. 11’s broadcast of the Yankees. It will be the first of 21 games that will be streamed locally by the service this season.

While a potential takeover of sports media is far from certain, it is easy to see what Amazon is trying to do and how, with its deep pockets and its broad portfolio, it could create another empire.

The internet is about niche, connecting people with what they want, when they want it, how they want it and quickly. It can be argued no one has mastered this idea better than Amazon founder Jeff Bezos. On the largest scale, Amazon has brought this game plan to acquiring sports rights.

In American sports TV, the NFL is inarguably the most coveted national property. Locally, the Yankees are probably the most valuable. Internationally, soccer and cricket would fill both of these categories and – what do you know – Amazon keeps adding rights like Premier League, Champions League and top Cricket in the 240 or so countries that have its app.

Depending on where you live in the world, these games are becoming a part of Amazon Prime, which costs $119 per year in the United States.

“I always keep it pretty simple,” Amazon vice president of global sports video Marie Donohue told The Post. “Prime is a membership service. Prime Video is a benefit. My job is pretty simple – to use sports to drive value for the Prime membership.”

The Yankees and the NFL in ‘Prime’ time

On Sunday, Amazon’s Yankees simulcast will be available within the YES geographical imprint. A viewer will need to be a Prime member, not a YES subscriber.

It will allow fans to watch the Yankees vs. Rays on any of Amazon’s platforms. In terms of production, this will have a YES feel to it. The 15-minute pregame will feature faces like Bob Lorenz, Jack Curry and John Flaherty.

Amazon’s simulcast of WPIX’s coverage will add “X-Ray” capabilities that allows viewers to access stats on your screen without using a second device.

What will feature more innovation is Amazon’s forthcoming NFL production, where it will draw on its experience of presenting other major sports around the world and where it has had its separate announcer feeds on “Thursday Night Football” in recent years, as it simulcasted Fox’s production.

With its exclusivity beginning within the next two years, Donohue and company are expected to have a traditional feel in a main feed, as well as many alternative presentations.

“We think the opportunities are endless,” said Donohue, who is a former ESPN-er and has been at Amazon for two years.

For Thursdays, Amazon is expected to hire a big-time play-by-player and analyst(s) for its traditional view.

Where Amazon could be transformative – and where the next growth of sportscasting may come – is in the use of multiple feeds. This isn’t entirely new as many networks, led by ESPN’s multicast, have done varied presentations of a game. Amazon will lean in here.

They could do a more local broadcast, Donohue said. She did not mention this specific idea, but it seems reasonable to sync up the radio broadcast with the game.

With its ownership of the mostly video game streaming service Twitch, Amazon is well-positioned in the watch party approach. There are fan and gambling opportunities in the broadcast space, which places like Barstool have already popularized.

This could be further transformative, as other networks with their new direct-to-consumer platforms (Paramount Plus, ESPN+ and Peacock) may do similar offerings to try to serve different fans.

“Your game, your way,” may be the industry trend over the next decade.

It might even mean the return of the announcer-less NFL broadcasts, which Donohue said proved popular as a feed on Premier League games in England.

As far as the issue of latency in delivering the broadcasts, Donahue said Amazon has made great strides so the games stream to screens smoothly.

“We are investing in technologies that reduce lag and improve streaming quality,” Donohue said. “We really think we can change the way customers watch sports. We are not going to program to one type of fan. We are going to offer all sorts of personalization and, probably more accurately, customization.”

In the NFL’s recent deals that total more than $100 billion in value, the league essentially pressed pause on Sundays and Mondays, as consumers can pretty much watch the NFL the same way as they do now well into the 2030s.

On Thursdays, Amazon and the NFL are beginning a relationship that could be as transformative as when ESPN acquired NFL games in 1987. ESPN, in partnership with ABC, will finally have a Super Bowl in 2027. It will be four decades after that first agreement.

An Amazon Super Bowl is a long way off, as the new 11-year NFL deals (beginning in ‘23) will lock up the biggest TV event of every year through the mid-2030s. Amazon’s NFL deal gives it the rights to a playoff game if it reaches certain viewership marks. It will pay the NFL around $1 billion a year for its 15 regular-season games. And it may not be done.

NFL Sunday Ticket, the service in which a fan can watch every game on Sundays, is still up for auction.

“We talk to them about everything and anything,” Donohue said.

Sunday Ticket feels like the ultimate “your game, your way” acquisition, as it gives a season ticket for out-of-town fans to view their favorite teams.

The NFL, the Yankees, Premier League, on and on. You put it all in your checkout cart, and you might find a budding sports media empire with free shipping.