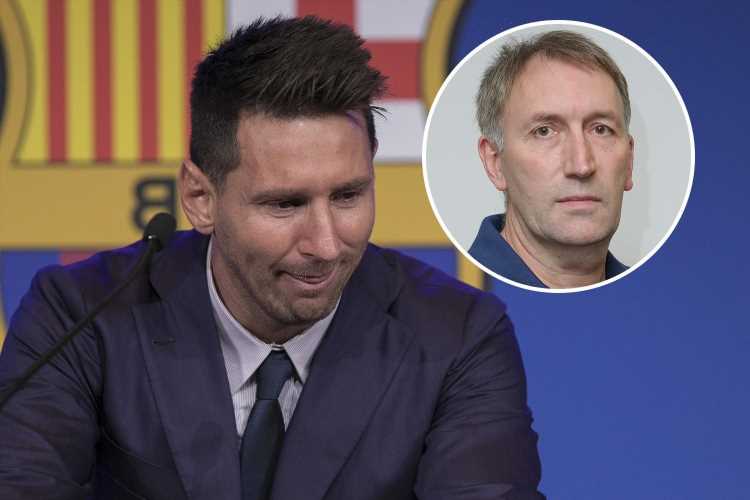 DON’T cry for me, Barcelona.

It would need a heart of stone not to be moved by the sight of Lionel Messi struggling to keep his emotions in check as he contemplated the end of a football era. 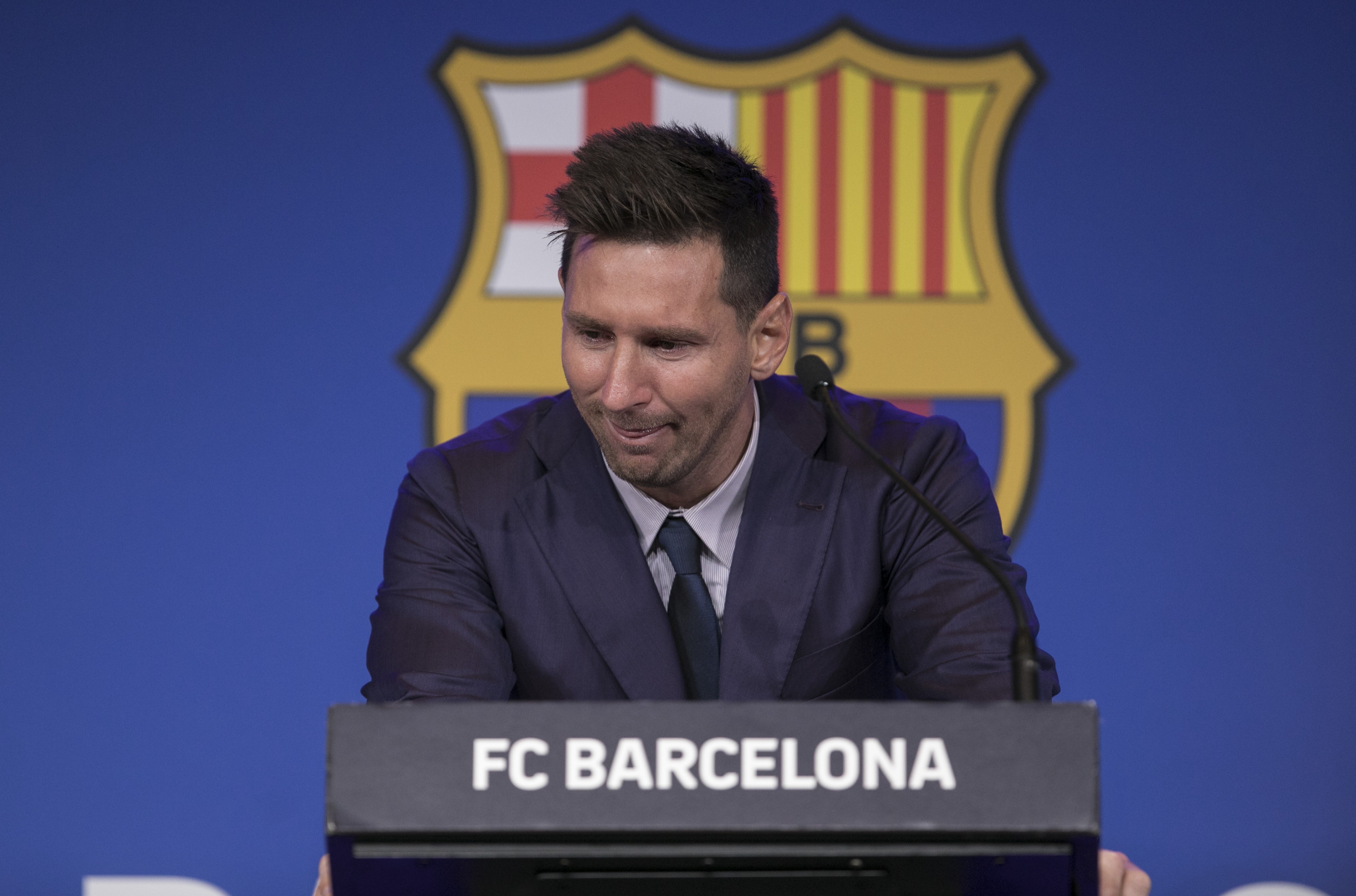 Nevertheless, it’s hard to have too much sympathy for the player whose wages have almost single-handedly brought one of the world’s greatest clubs to its knees.

Not to mention providing the catalyst for the despicable European Super League project.

So maybe the finest player of all-time should spare us his crocodile tears.

Because the reality is that Messi has effectively bankrupted Barcelona and driven football to the brink of a financial abyss.

When the Spanish newspaper El Mundo published the full details of Messi’s Nou Camp contract back in February, the whole world gasped in astonishment.

It turned out that it was costing the club a ludicrous £2.35million per WEEK to keep the Argentine superstar in the style to which he has become accustomed once they had paid all his tax, image rights and various other bonuses.

No wonder they reported a £405m loss in the last financial year and have debts in excess of £1billion.

So when 34-year-old Messi announced he had agreed to a 50 per cent pay cut to extend his stay, he wasn’t exactly doing them a favour.

And even that ‘discount’ wouldn’t have been enough to comply with LaLiga’s financial fair play rules which have also shackled the mighty Real Madrid.

That is why the Spanish giants are refusing to give up on the idea of the breakaway Super League, which briefly threatened to tear football apart.

Their presidents were reported to have met with Juventus chairman Andrea Agnelli this week to discuss ways to revive a scheme which was hastily abandoned by their co-conspirators earlier this year.

Their desperation is borne out of the need to find a new way of financing their out-of-control wage bills.

“Clubs like Manchester City, PSG and Chelsea are financially doped and infecting the rest.”

Not that Messi needs to worry about that.

He’s off to Paris Saint-Germain, where he will be slumming it on £650,000-a-week alongside Neymar and Kylian Mbappe.

It is no wonder Barca are trying to block the move on the basis that PSG’s FFP ratio is even worse than theirs.

It’s hard to argue with that assessment when they are breaking the bank to sign the likes of Messi, Jack Grealish and Romelu Lukaku.

Fortunately for PSG their president, Nasser Al-Khelaifi, is also the new chairman of the European Club Association, who are working to update Uefa’s FFP regulations.

Meanwhile, Barca and Real are doing everything in their power to prevent LaLiga selling off ten per cent of its commercial rights to an investment fund for £2.3bn.

For though it might benefit each top-flight team to the tune of £210m, it could also threaten a Spanish TV deal which is currently massively skewed in favour of the two biggest clubs.

The bottom line is that absolutely nobody comes out of this squalid affair smelling of roses.

Messi has undoubtedly given Barca the greatest years of its life. But what a price they have paid.

HEADING FOR THE HISTORY BIN

IF YOU are at a loose end today, can I recommend you go and watch Keith Houchen’s 1987 Cup final winner, Alan Shearer’s goal against Bayer Leverkusen and Duncan Ferguson’s 2005 effort against Manchester United.

Because the way things are going the flying header will soon be consigned to the dustbin of history.

New guidelines issued by the FA, Premier League and EFL recommend that players should be restricted to ten ‘higher force headers’ per week in training.

It’s a worthy move aimed at reducing the risk of early-onset dementia.

But I’m not sure how the authorities will enforce the rule and it does not seem to apply during matches — for now.

Still, it’s a great excuse for teams conceding a last-minute winner from a set-piece.

“Sorry boss, I couldn’t head it clear because I’d used up my weekly allowance.” 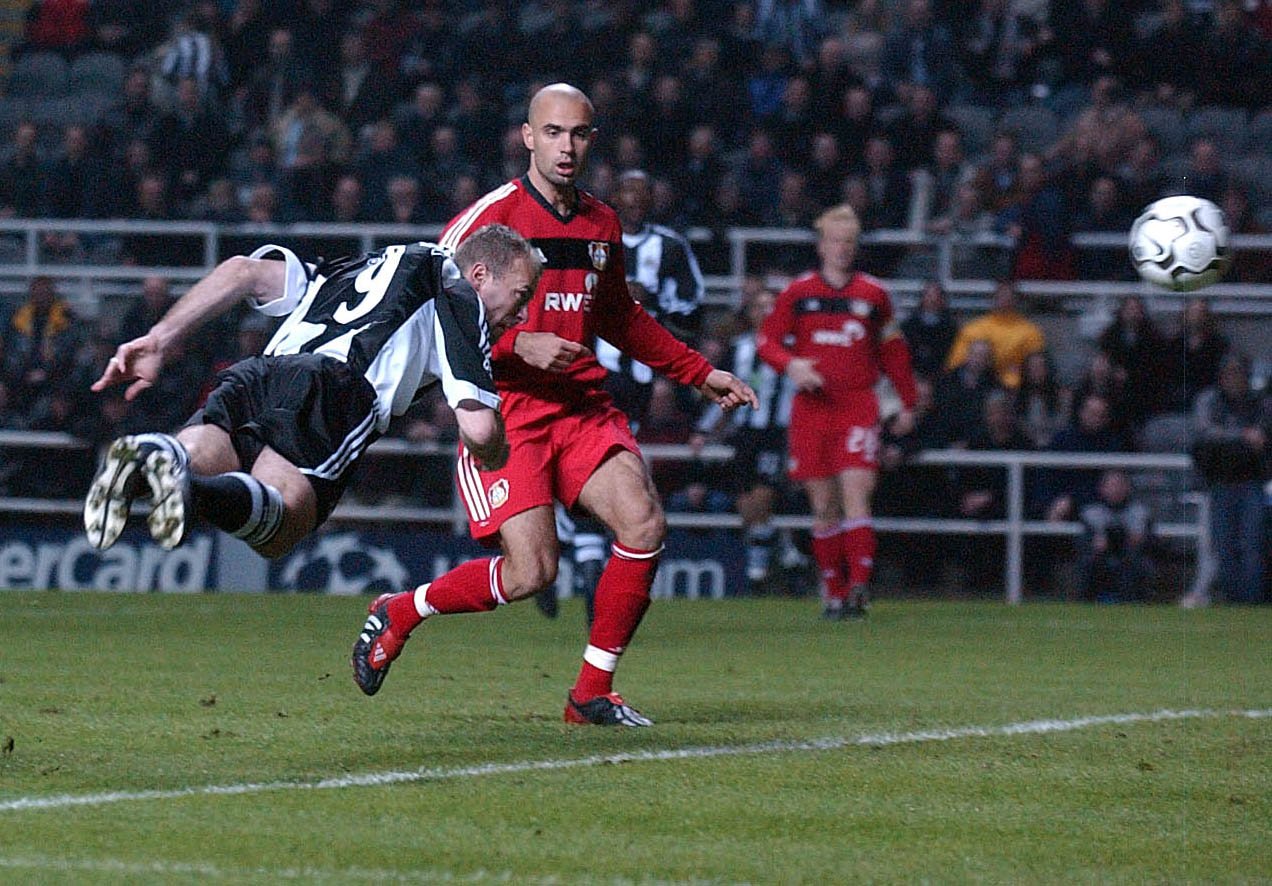 TRACK CYCLING royalty Jason and Laura Kenny have extended their Olympic gold medal haul to 12 — two more than the entire 1.36billion population of India have so far managed.

If and when the golden couple finally decide to call it a day, there’s a lucrative career awaiting with Just Eat.

Imagine how many takeaways they could deliver while ignoring traffic lights and peddling the wrong way down one-way streets. 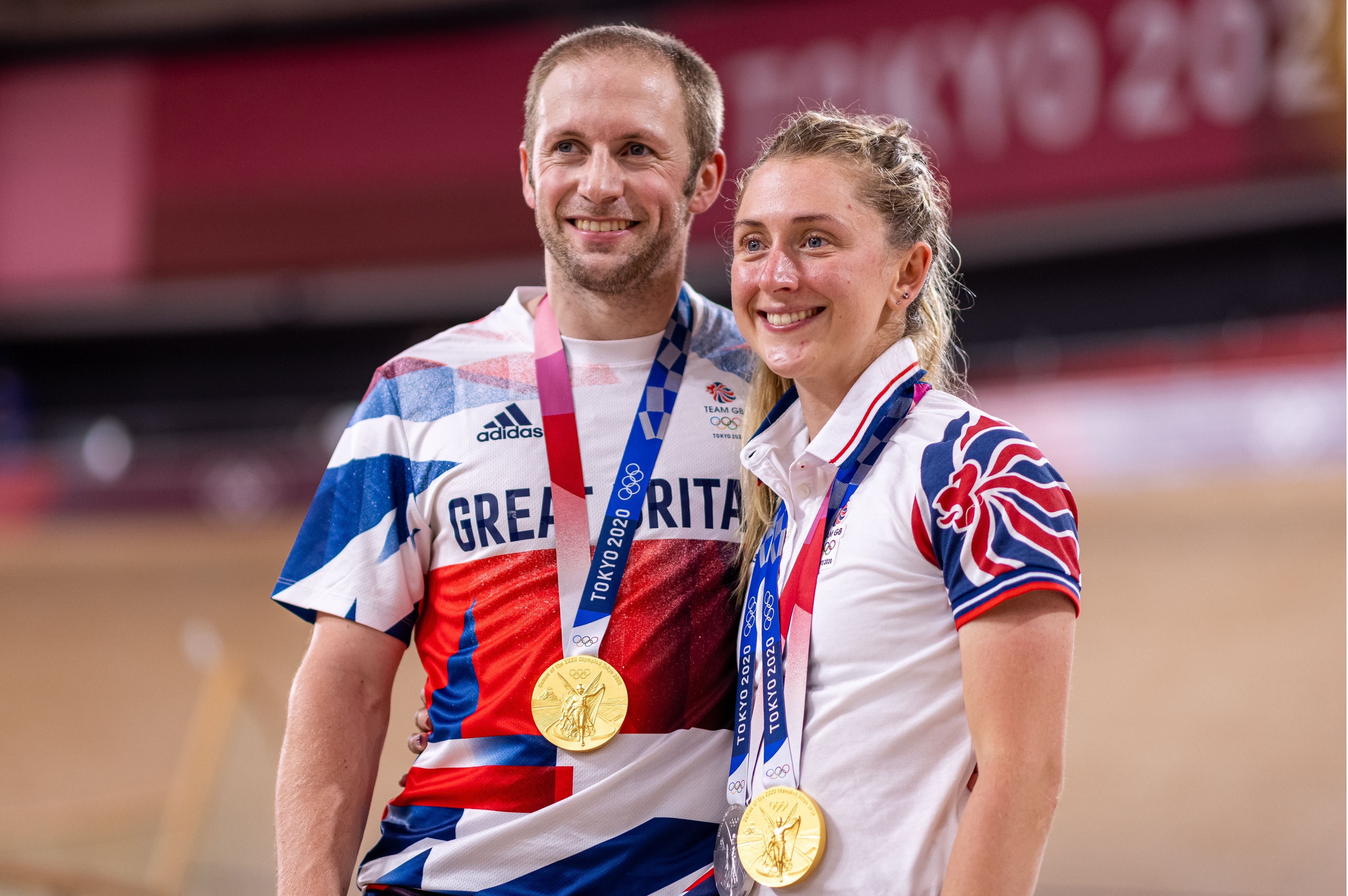 ﻿LIVERPOOL boss Jurgen Klopp is understandably holding his breath as he awaits the results of Andy Robertson’s scan.

The Reds left-back suffered an ankle injury during Sunday’s 1-1 friendly draw against Athletic Bilbao and fears he could miss his first Premier League match for more than a year.

And if Klopp thought that replacing Virgil van Dijk was a tough ask last season, coming up with a stand-in for Robertson will be even more of a challenge.

It was Liverpool’s lack of options which wrecked their title defence last time out.

Klopp will pray that Robertson is only a short-term absentee. 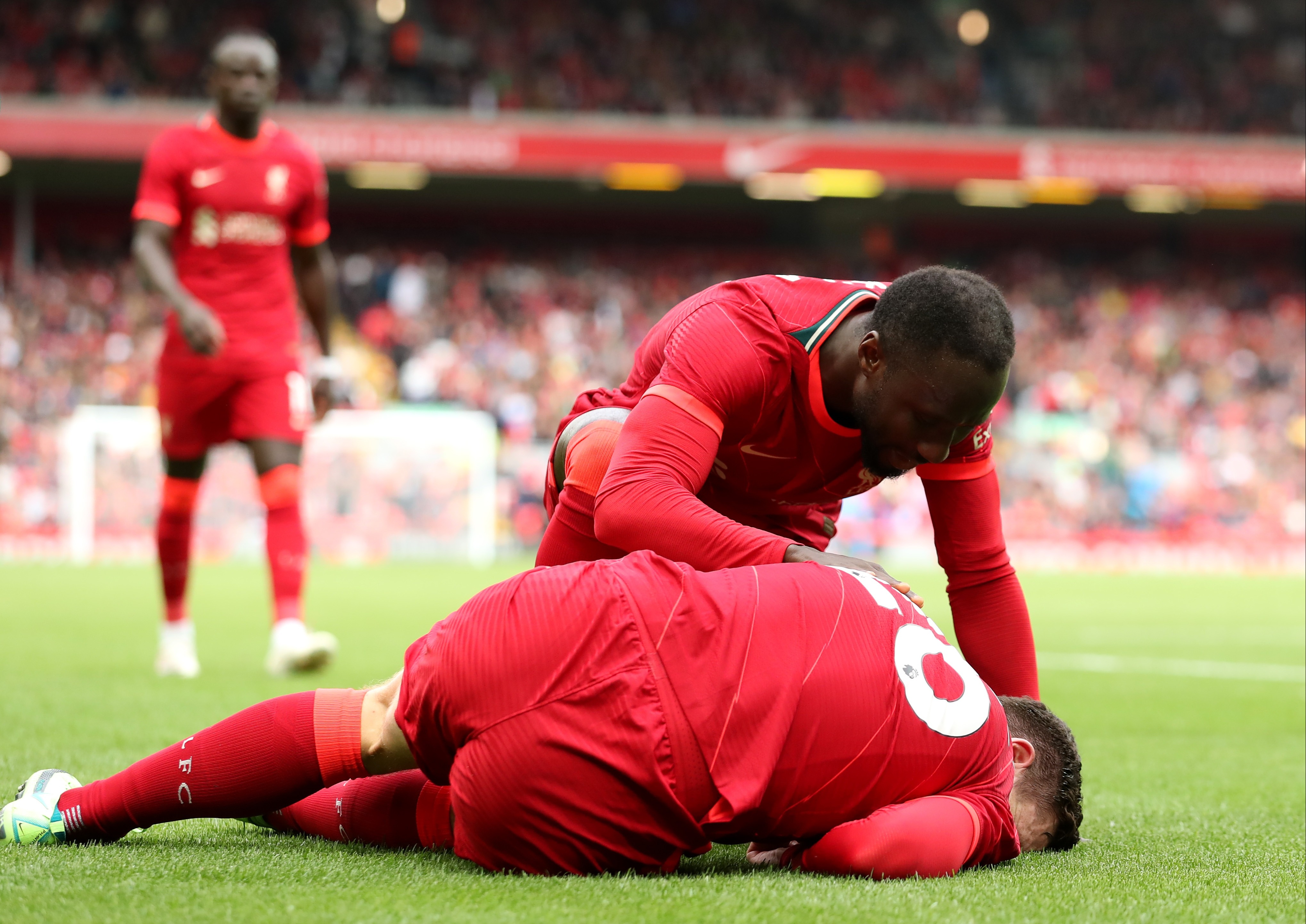 Surely she was born to run. 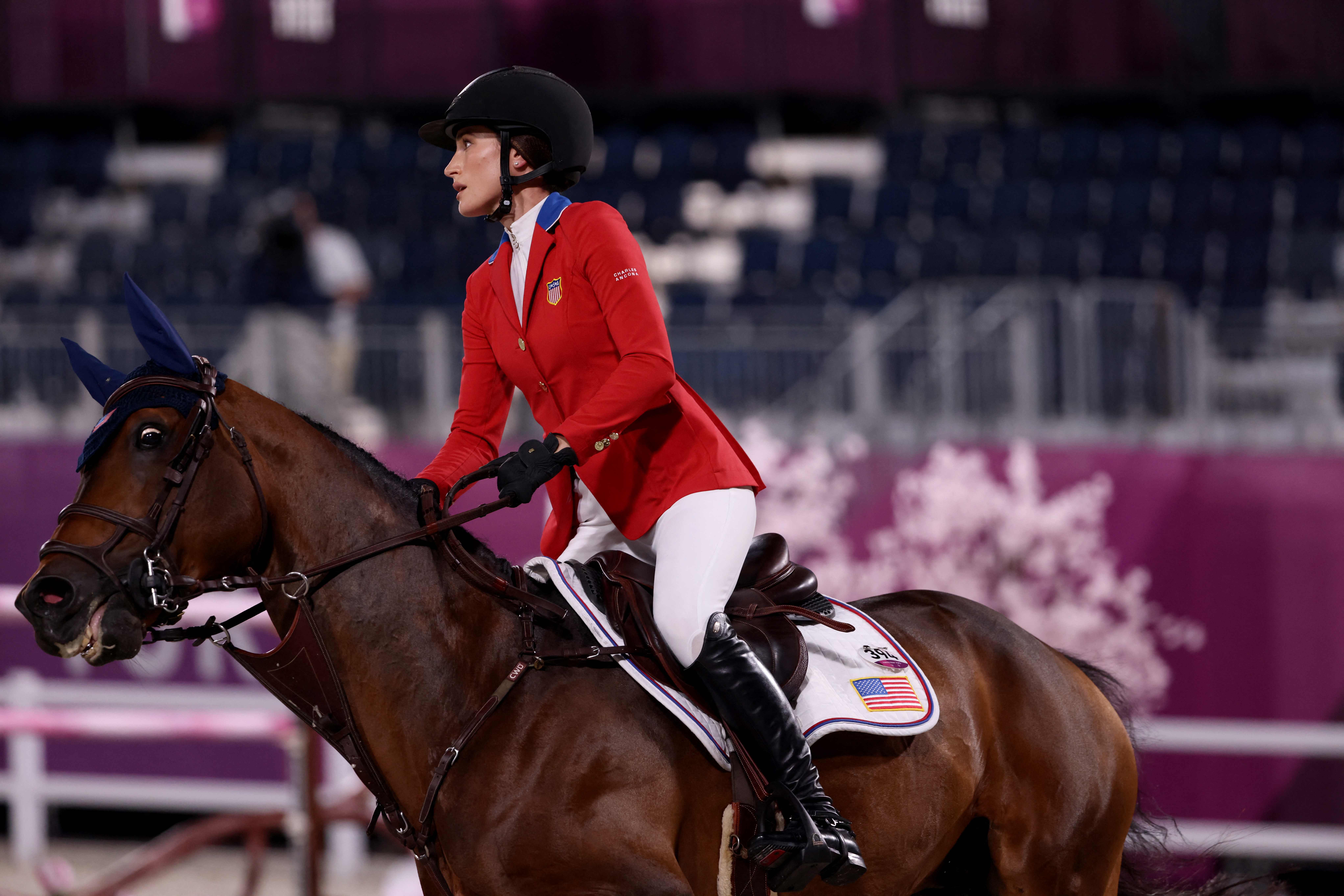