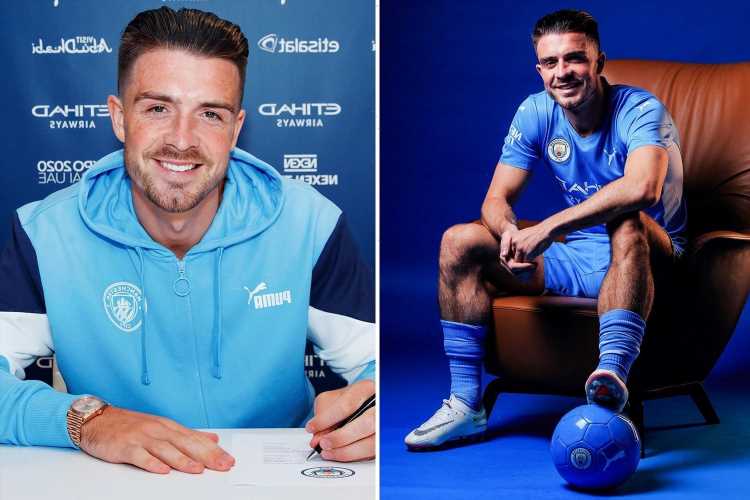 The 25-year-old has agreed a six-year contract at the Etihad in a £100MILLION deal – a new Premier League transfer record. 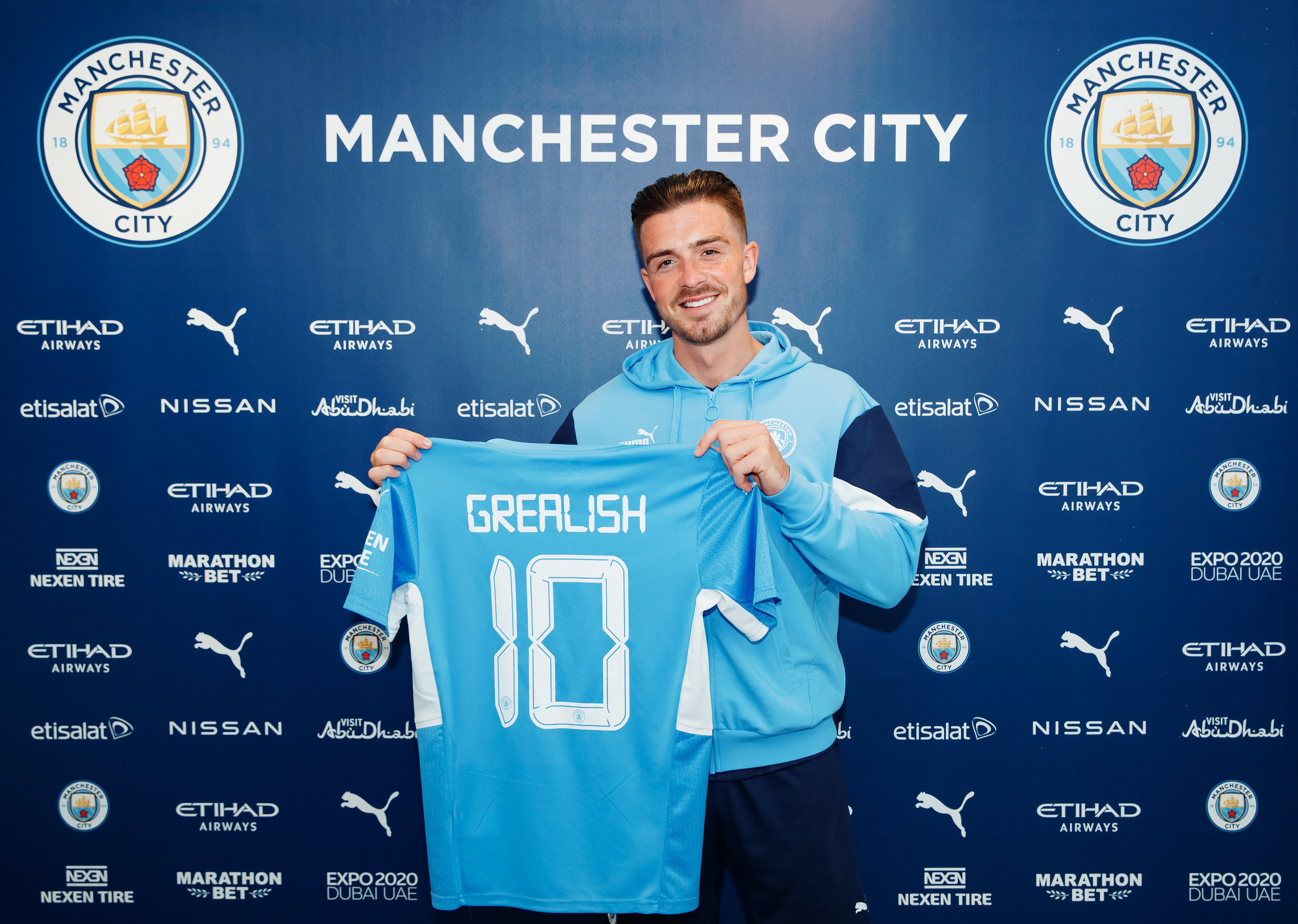 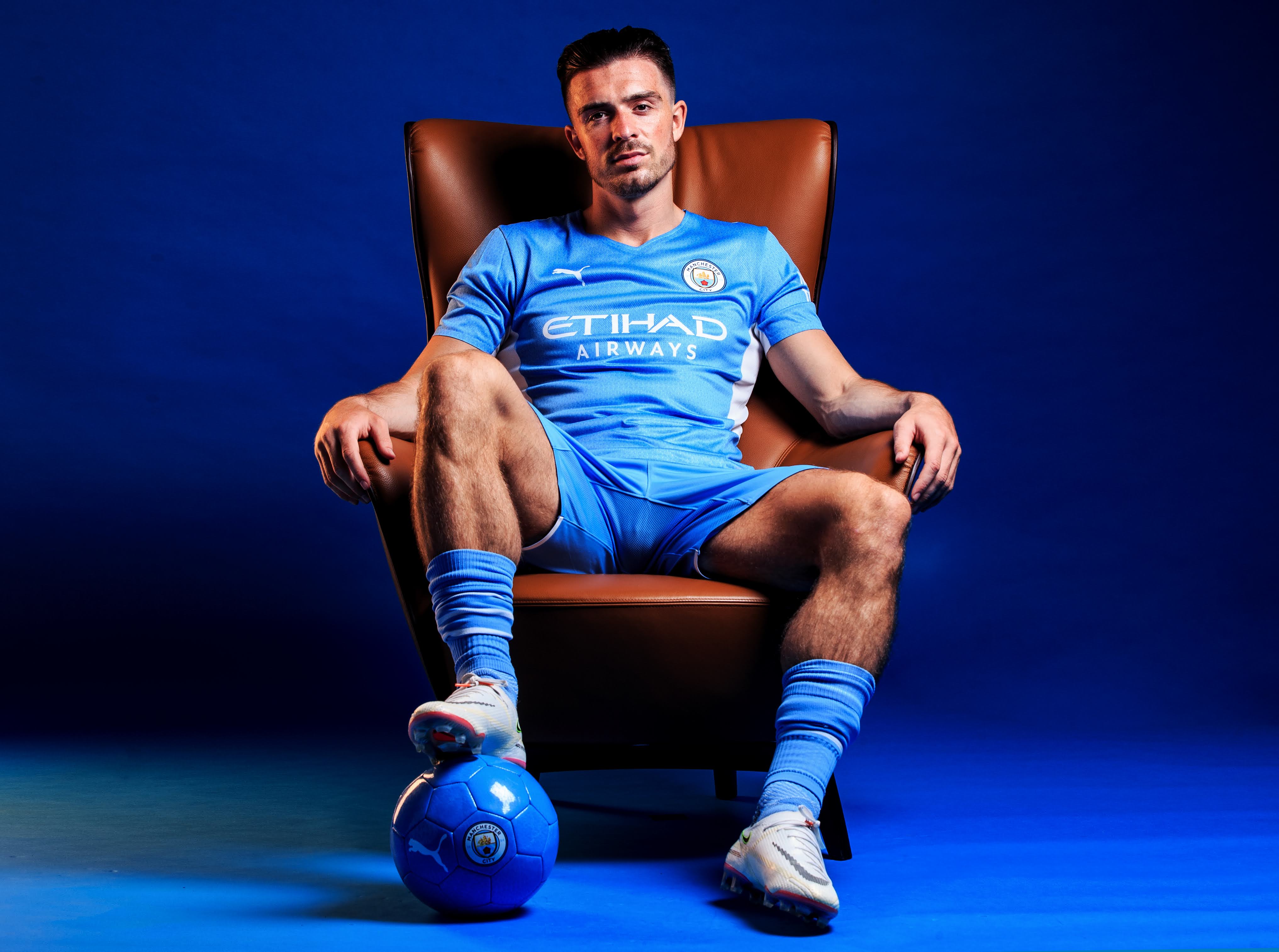 It also makes him the most expensive British footballer of all time, breaking the £85m record set by Gareth Bale's move to Real Madrid in 2013.

And the ex-Villa captain is now the sixth most expensive footballer in history, behind only Neymar, Kylian Mbappe, Philippe Coutinho, Joao Felix and Antoine Griezmann.

On Thursday, City announced Grealish's arrival on a six-year deal.

The player said: "I am incredibly happy to have joined Manchester City.

"City are the best team in the country with a manager considered to be the best in the world – it’s a dream come true to be part of this club.

"Over the past 10 seasons, they have won major trophies consistently. Pep coming here has taken them to the next level and the football this team plays is the most exciting in Europe.

"To play for Pep and learn from him is going to be special and it’s something any top footballer would want.

"The facilities are amazing, and I honestly can’t wait to get started, meet everyone and get playing."

Grealish's move to European heavyweights City completes a remarkable rise for the boy from Birmingham.

The winger was part of the Villa side that suffered relegation from the Premier League five years ago, scoring once in 16 battling appearances.

Grealish bounced back from that disappointment to become club captain, leading Villa to victory in the 2019 Championship play-off final.

He also scored a memorable winner at St Andrew's in the Birmingham derby, just minutes after being assaulted by a home supporter.

Grealish then brought his excellent form into the Premier League, scoring a late equaliser against West Ham on the final day of the 2019-20 season to keep Villa up.

Injuries restricted him to 26 Prem appearances last term but he recovered in time for Euro 2020, helping England reach the final.

Grealish added: "I am over the moon. To come and play for a club like Manchester City is obviously massive for me personally.

It was something I couldn’t say no to. I am absolutely delighted to be here.

"It was obviously a difficult few months because I have been an Aston Villa fan for my whole life.

"But when I spoke to the manager here and you see what type of players they have got here, in the end it was something I couldn’t say no to. I am absolutely delighted to be here.”

The playmaker is City's first major signing of the summer with Lionel Messi and Harry Kane tipped to be on their agenda next.

Director of football Txiki Begiristain added: "We are absolutely delighted to be able to welcome Jack Grealish to Manchester City.

"He is an incredible talent. Jack’s development over the past few seasons both for club and country has been plain for everybody to see.

"His natural talent together with his commitment to improve as a player, has seen him become one of the most exciting attacking players in world football today.

"I am certain that the fans are going to love seeing him in our team. Pep loves the way he plays, and we all feel he is an ideal fit for Manchester City.

"Our style and his style are a perfect match. I’m excited to watch him over the coming years."