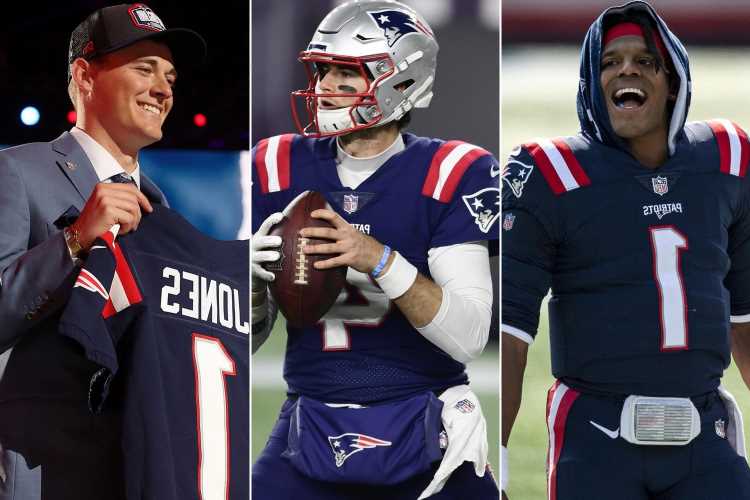 The third-year quarterback, who turns 25 in August, is intent on becoming the Patriots’ starting quarterback – but the competition in OTAs has been steep.

Stidham’s up against last year’s starter, Cam Newton, and Alabama product Mac Jones, who the Patriots selected 15th overall in the 2021 NFL Draft.

Journeyman Brian Hoyer is also on the roster, and the 35-year-old quarterback has the most experience playing in New England out of the foursome.

A fourth-round pick in the 2019 draft, Stidham was considered by many to usher in a new quarterback era for the Patriots following Tom Brady’s departure to Tampa Bay. Instead, New England signed Newton to a one-year deal.

During the 2020 season, however, Newton struggled under center and the Patriots ended the year with their first losing record since 2000.

Despite last year’s growing pains, coach Bill Belichick had nothing but praise for Newton on Tuesday, noting the 32-year-old’s improvement during the second day of Patriots minicamp, while still recovering from a recent mysterious hand injury.

“Cam’s way ahead of where he was last year at this time, there’s no question about that,” Belichick said, according to Pro Football Talk.

Stidham, meanwhile, is staying the course and focusing on his own development.

“Yeah, I mean my approach doesn’t change at all. Every day when I come in the building my approach is to learn from the people around me, obviously the coaches, the players who have played a long time in this league, learn as much as possible and continue to grow,” Stidham said Monday during a video conference.

“Drafting Mac [Jones], that hasn’t really changed my approach,” he added of the 22-year-old rookie, whom Belichick said is learning quickly.

Stidham, who played college football at Auburn University, added the competition fires him up.

Newton, who was released from the Carolina Panthers in March 2020, joined the Patriots last summer and had limited time to cultivate relationships and learn the playbook. Due to the COVID-19 pandemic, Newton was also unable to participate in preseason games.

Belichick added Tuesday that Newton is no longer in “catch-up mode like he was last year.”

“They’re all hard-working, they all put in a lot of time and ask good questions, really try to stay on top of the material. Brian, of course, has the most experience. Jarrett and Cam both have experience in a little different ways — Jarrett’s been with us a little bit longer, Cam’s obviously had more NFL experience and the playing experience from last year. And Mac has the least amount, but he’s learning quickly and working hard at it,” Belichick explained.

Although Belichick has not yet named a starting quarterback, he said in April the top spot belonged to Newton. As for Stidham, he plans to follow the Patriots mantra by doing his job day-in and day-out.

“I can control what I can control and that’s how hard I work, how prepared I am and those things haven’t changed. So, like I said, my mindset really has been the same,” Stidham said.