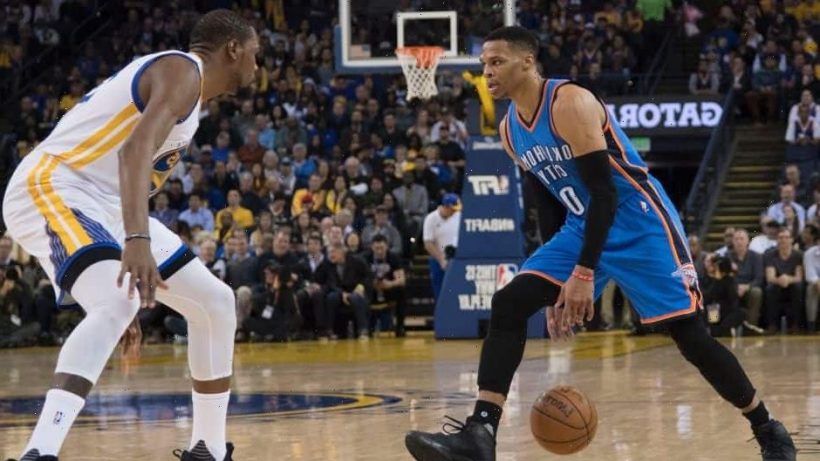 Kevin Durant and Russell Westbrook spent eight seasons together on the Oklahoma City Thunder, but the current Brooklyn Nets star forgot to include his longtime teammate on a list of his top-five teammates of all time.

Durant, who made an appearance on the “Million Dollaz Worth of Game” podcast, told hosts Gillie Da Kid and Wallo267 that his top teammates were Kyrie Irving, James Harden, Steph Curry, Klay Thompson, and after a long pause, Serge Ibaka.

His decision to not include Westbrook immediately led to backlash from the co-hosts.

“I thought somebody else,” Wallo said.

“I forgot somebody?” Durant replied.

“Oh, s–t,” Durant said. “Damn, I am tripping. Russ, yeah I’m trippin’… Yeah, I did forget about Russ. Russ would definitely be top five. I’m glad you called me out on that. As a matter of fact, I will put Russ fourth and Klay fifth.”

As teammates, Durant and Westbrook led the Thunder to the NBA Finals, but they never won a championship together. After the Thunder fell to the Golden State Warriors in the Western Conference Finals, Durant joined the Warriors and won two titles with the franchise before joining Irving in Brooklyn.