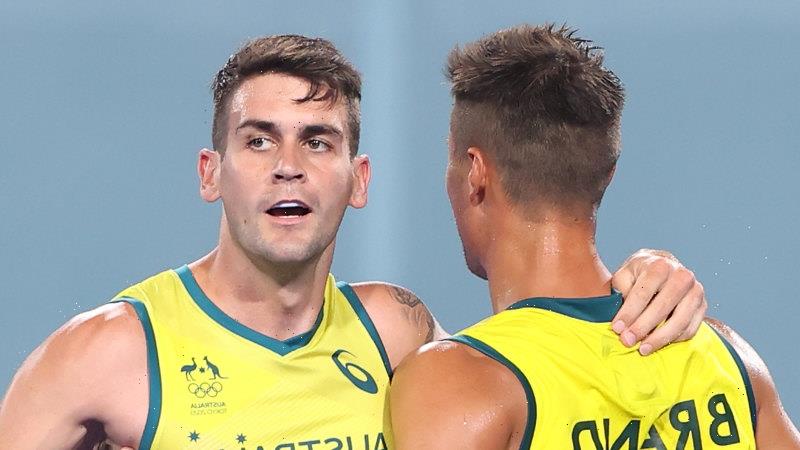 Tokyo: Almost two decades after Australia hockey’s curse was first broken, the Kookaburras are within 60 minutes of another gold medal.

The Australians outran, out-passed and out-lobbed Germany in a fierce contest at Oi Stadium to defeat the Europeans 3-1. 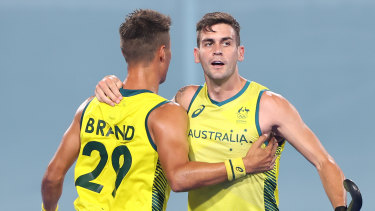 The Kookaburras’ faced Germany in their semi-final. Credit:Getty

With James Tomkins, the Australian rower and a three-time Olympic gold medallist in the stands along with Australian Olympic Committee president John Coates in the crowd, the Kookaburras resisted waves of German attacks in one of the liveliest stadiums of this pandemic Games.

“We’ve got something to celebrate tonight,” said Coates. “It was very good. They wanted to win.”

Just before half-time Australia turned a German penalty corner into a swift counter-attack, earning their own penalty corner down the other end. Blake Govers trapped and then slammed the ball into the back of the German net.

The second goal was almost as striking as the first. A long lob into the circle was pulled down by Flynn Ogilvie who took a touch and fired through the German defence towards the left-hand corner. German keeper Alexander Stadler could do nothing about it.

Ten minutes into the third quarter Jeremy Thompson charged out at the Germans’ penalty corner. Fearless. He took care of their shot-taker, sending another German chance into the bin.

The Australians have played seven Games in less than 10 days but they look fresh and fired up. The bench could be heard calling “we’ve got this boys” as the game headed towards its final three minutes.

In desperation, the Germans subbed their keeper Alexander Stadler off with two minutes to go.

It was a game-ending decision. Lachlan Sharp broke through the last line of defence to send the ball into an empty net.

In defeating the Germans, the Australians took out the team that only two nights previously had wiped out Rio gold medallists Argentina. Australia’s last gold medal, after going decades without one, was at Athens in 2004. They will now play Belgium in the final on Thursday.