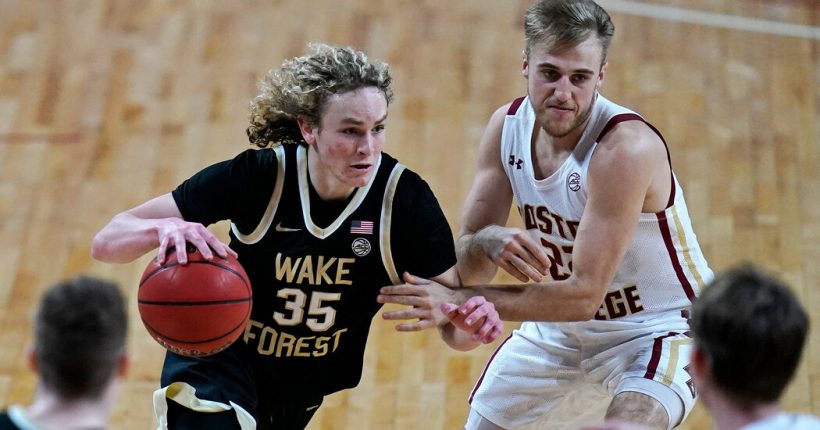 In September, Carter Whitt, a 6-foot-4 guard from Raleigh, N.C., was preparing to spend his senior season at Brewster Academy, the prep basketball powerhouse in New Hampshire. But with the season delayed by the coronavirus pandemic, he made a strategic decision to return to his high school in North Carolina. He took online classes in history and English and graduated “a little bit early.”

By New Year’s Eve, Whitt, whose long, dirty-blond hair makes him hard to miss on the court, was playing guard for Wake Forest, registering 11 points, 4 assists and 1 rebound in 25 minutes against Catawba College.

Whitt is part of a wave of elite high school players taking advantage of an N.C.A.A. ruling that effectively gives them a free season of college eligibility. A decision by the Division I Council in October gives winter athletes who compete during 2020-21 the opportunity to play five seasons within a six-year window rather than the typical four seasons in five years.

For many men, the goal is to get to the N.B.A. as fast as possible. Women are starting their college careers early as well, lured by the extra year of eligibility and the opportunity to compete at a higher level.

“Carter Whitt should be playing his senior year in a fast-food-sponsored holiday tournament,” Wake Forest Coach Steve Forbes said. “Instead he’s playing against a seven-course meal” in the Atlantic Coast Conference. He continued, “On Jan. 6, when his high school team was playing their season opener, he was starting on the road against the defending national champions, the Virginia Cavaliers.”

To Whitt, it didn’t make sense to continue at Brewster. “I figured if I’m going to be away from home, I might as well just be in college,” he said.

For some players, the journey from their final high school game to their first Division I game was even shorter than Whitt’s.

On Dec. 21, Jordan Nesbitt scored 18 points in a winning effort for St. Louis Christian Academy. On Feb. 1, having completed his academic work to finish high school, the 6-6 guard from St. Louis played seven minutes for Memphis in its 96-69 win over Central Florida.

Guard Saylor Poffenbarger graduated from high school in Middletown, Md., in early January and made her college debut for the Connecticut women’s team against DePaul on Jan. 31.

“I’m excited for Saylor and her family that they wanted to take advantage of this opportunity,” UConn Coach Geno Auriemma said.

In recent years, it has become common for high school players to do the academic work needed to “reclassify” with a graduating class earlier than their original one, but there are obvious benefits to midyear enrollments this year.

Some are already playing, while others are practicing with their teams and will wait until the 2021-22 season to compete in games. Some plan to participate in their high school graduations this spring either virtually or in person.

The added season of eligibility means some current seniors will stay with their teams another year. So for the 2021-22 season only, men’s teams may exceed the usual limit of 13 scholarships. For women, the number is 15. After returning seniors leave, teams will have to get back to 13 scholarships beginning in 2022-23.

Casey Autenrieth, the head coach at St. Louis Christian since 2007, had never had a player enroll in college early. But he thinks it makes sense for players like Nesbitt and Jones to do so under the new rule.

“You get a buffer semester in at college without it counting against your eligibility,” he said. “And so that’s such a huge advantage for a kid.”

After arriving on the Wake Forest campus on Dec. 21, Whitt had to quarantine for 48 hours and test negative for the coronavirus three times before he was cleared to practice with the team. He made his debut against Catawba 10 days later, and is now averaging 4.9 points, 2.3 rebounds and 2.7 assists in about 20 minutes per game against rugged A.C.C. opponents such as Duke, North Carolina and Notre Dame.

“I think the speed is one of the biggest adjustments, and the physicality,” Whitt said. “It definitely does affect me in terms of getting knocked off balance and stuff, so those things are the biggest.” 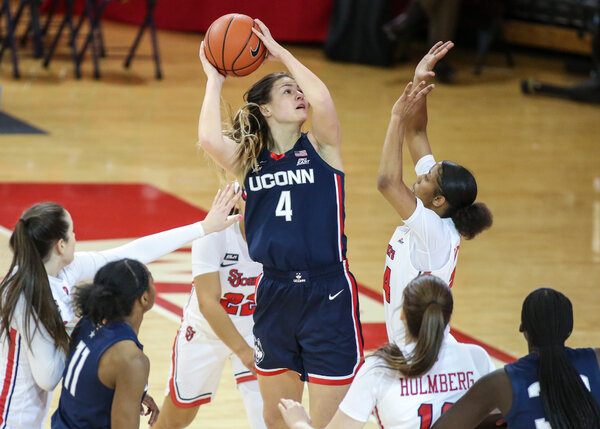 Two other former Brewster Academy players — Etienne and Austin Patterson — played in four exhibition games with the prep school in November. Now Patterson is at Wofford, averaging less than 2 points a game through 13 games. Etienne has yet to play after enrolling early at U.C.L.A.

Patterson, Etienne and Oregon’s Kepnang had planned to spend this season honing their games at prep schools in the Northeast, but the pandemic changed their calculus. Still, the college experience will be good for them, said Terrance Williams, who goes by the name Munch and coached Etienne and Kepnang with the New York-based P.S.A. Cardinals on the Nike Elite Youth Basketball League circuit.

The latest on how the pandemic is reshaping education.