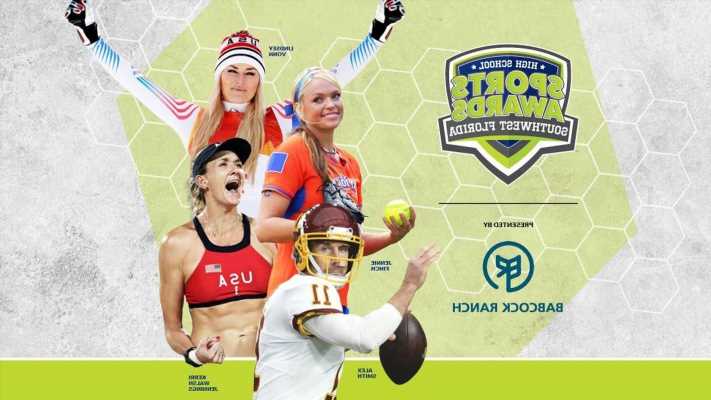 Top professional athletes will help recognize Southwest Florida area student-athletes by announcing player of the year award winners. The show includes honorees, finalists and winners in more than 20 sports and will also recognize non-sporting excellence in a variety of categories. The awards program culminates with some of the biggest names in professional sports announcing the Coach of the Year, Team of the Year, and the student-athletes who will take the top honors of Male and Female Athlete of the Year.

Smith will be announcing this year’s recipient of the Courage Award, which honors student-athletes who have shown great courage and inspired those around them when faced with challenges and obstacles in their life, either on or off the field.

In his first season as the starting quarterback for the Washington Football Team, Smith suffered a severe injury that almost resulted in the amputation of his right leg. After numerous surgeries, months in the hospital and then two long stints of rehab, Smith returned to the field. He didn’t miss a beat, re-claiming the role of starting quarterback and leading Washington to the NFC East championship. His resilience and determination made him the runaway favorite to win the NFL’s 2020 Comeback Player of the Year Award.

Former World Cup alpine ski racer for the U.S. Ski Team, Vonn is one of only two female skiers to win four World Cup overall championships. She claims the second highest super ranking of all skiers — men or women — and earned a record eight World Cup season titles in the downhill discipline. Her long list of medals and championships makes Vonn the most successful American ski racer, and she is considered one of the greatest skiers in the world.

Also known as “Six Feet of Sunshine,” Walsh Jennings, 42, will announce the winners for volleyball. She’s looking to compete alongside her partner, FGCU alum and Estero native Brooke Sweat in the 2021 Tokyo Olympic Games. She became the most decorated beach volleyball Olympian of all time after winning bronze in 2016. This five-time Olympian has three gold and one bronze medal in beach volleyball and holds the record for tournament victories with 135 for her career.

The two collaborated teamed up with USA South, Sweat's former club team, to hold a camp for middle and high school volleyball players.

James and Cameron both attended Wake Forest University and played football for the Atlantic Coast Conference Division 1 team. They are American television personalities, entrepreneurs and activists. In 2019, Cameron was cast in Season 15 of “The Bachelorette.” Soon after, James was cast in his historical role as the first Black male lead on ABC’s hit show, “The Bachelor.” They are also co-founders of ABC Food Tours, a non-profit organization whose mission is to empower students by providing experiences across diverse cultures and career opportunities.

The Southwest Florida High School Sports Awards is a multi-month student-athlete recognition program that culminates in a year-end awards show on June 28. Due to COVID-19 safety precautions for students and guest speakers, the event was converted to an on-demand broadcast show for 2021. Honoree selections for state-sanctioned sports, who are all featured in the show, are announced throughout the year on the event website.

The show will be free to watch on any smartphone or computer thanks to local business sponsors. Honorees should register on the show website to reserve their complimentary athlete gift box. Registrations are also used to send out awards for winners following the show.

The most elite high school athletes, coaches and teams from state-sanctioned sports across the U.S. will be featured in the inaugural USA TODAY High School Sports Awards. Statewide athlete of the year winners will be among the national honorees.