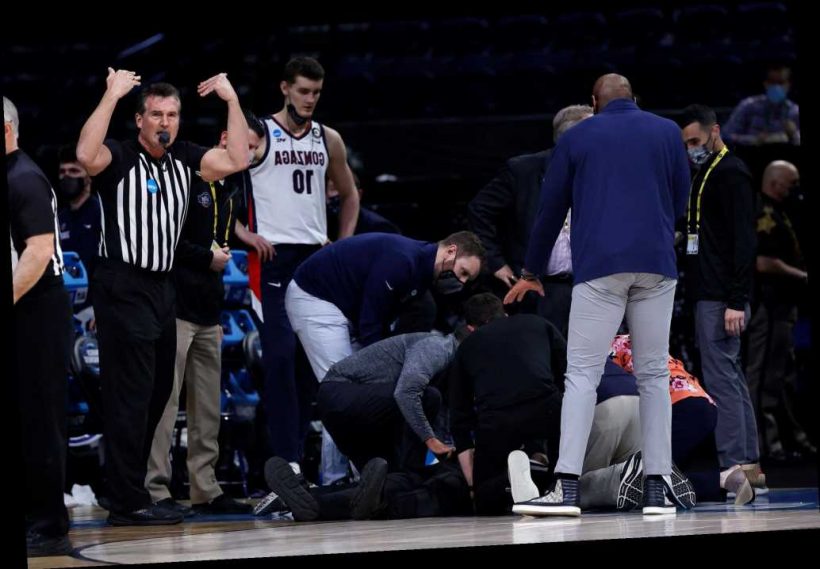 A referee collapsed on the court early in Tuesday’s Elite 8 matchup between Gonzaga and USC in Indianapolis.

Veteran official Bert Smith hit his head on the baseline and laid face up for about five minutes before being stretchered off with 15:44 remaining in the first half of the 2021 March Madness game.

Smith eventually was able to stand before being moved to the stretcher. He was alert and sat up as he was removed from the game.

It was not immediately clear what led to the fall.

Smith was officiating his second Elite Eight. He was replaced by an alternate, William Henderson, who had been at the scorer’s table.