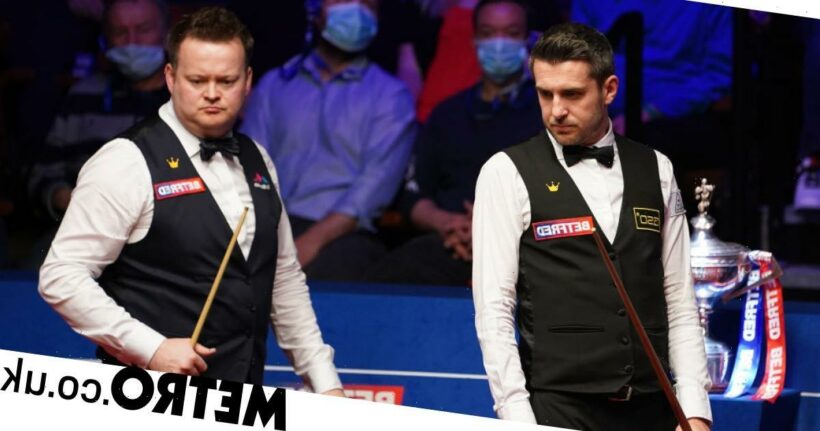 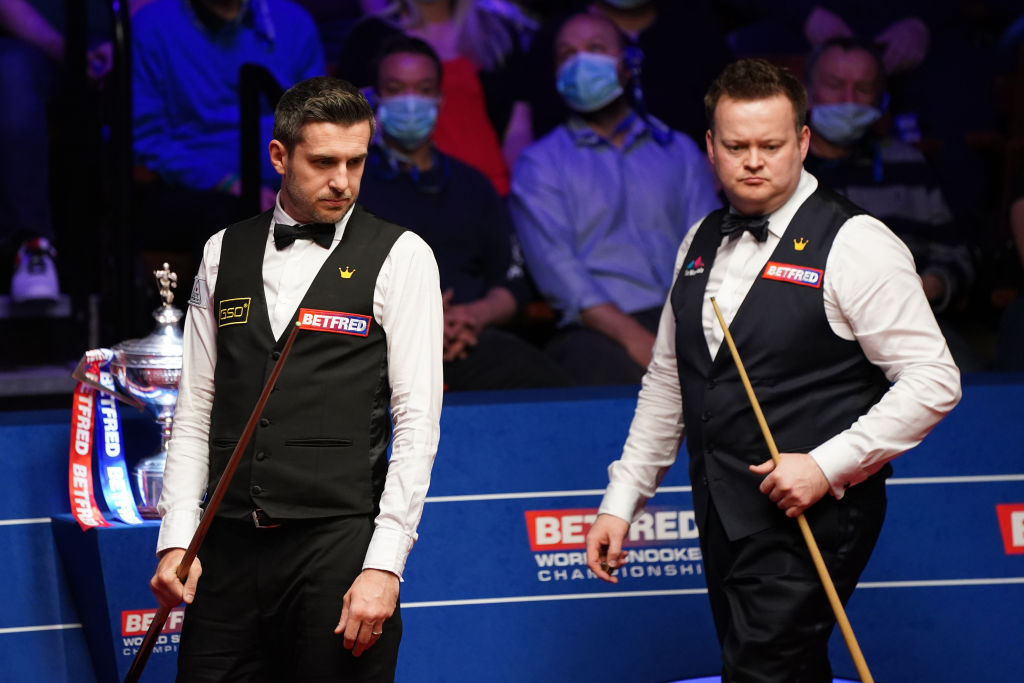 Mark Selby enjoyed a fantastic second session of his World Snooker Championship final with Shaun Murphy, winning it 7-2 to take a 10-7 lead overnight.

Murphy had come out of the morning session with a 5-3 lead, but the three-time champion has overhauled that and is now in the driver’s seat in the race to 18, with two sessions to play on Monday.

It was a textbook Selby session, not giving an inch at any moment and grinding down his opponent to the extent that he looked like he’d rather be anywhere else at times.

Dennis Taylor on BBC commentary said, as the last frame was played out: ‘Mark Selby has been absolutely granite this evening, match-play of the highest quality.’

There remains no century in the match as yet, but Selby found scoring that was more than good enough to see him wipe out his deficit and take a significant lead, knocking in five half-centuries in the nine frames.

There had been little to separate the two men for much of the two sessions thus far, Murphy held a slender advantage for a lot of it before Selby won the final four frames.

The Magician won the opening two frames, although both were very tight with Selby scoring 95 points over the two without winning either.

The third was also tight, but the Jester grabbed it and then went level with a break of 89 in the fourth.

The next two were shared, with Murphy making 75 in the fifth, but then the Magician forged ahead again, making 64 and 52 in the final two frames of the first session to lead 5-3.

The pair returned on Sunday evening and things started off in dramatic fashion, with Murphy getting himself a 49 point lead in the ninth frame, only for Selby to step in and make a brilliant 85 clearance.

This was a sign of quality to come as Murphy bounced straight back with a 98, only for Selby to take the next two with effortss of 67 and 86 to take the score to 6-6.

The impressive, if not blockbuster, breaks continued with Murphy taking the lead once more with a 64, but the Selby burst into the lead for the first time.

He went level with a 57 before his highest break of the match so far, 90, to finally take the lead at 8-7 with two frames left of the evening.

There was a long time left at that stage, with lengthy frames to come, including a re-rack in the 17th, but Selby claimed them both with rock solid match-play to leave Murphy reeling.