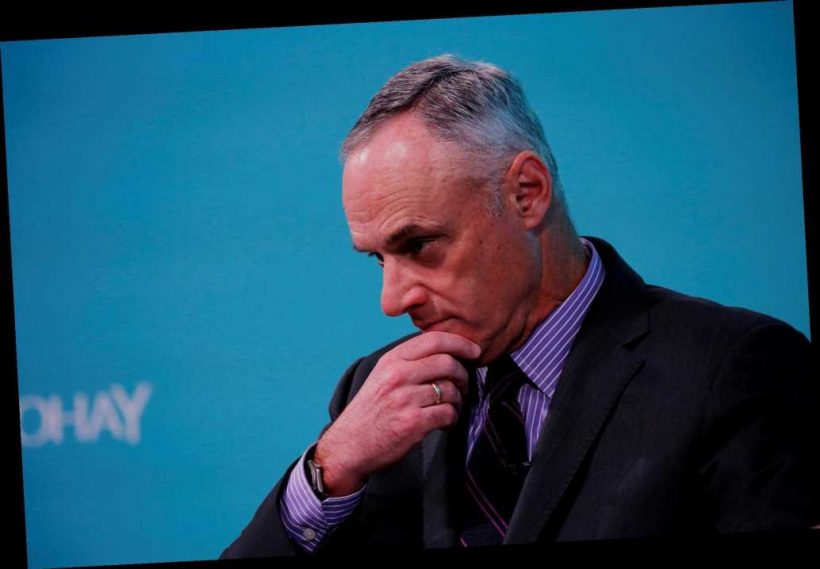 Former MLB pitcher charged in connection to hit and run

Only two-plus weeks before pitchers and catchers are scheduled for report to spring training, MLB is taking another shot at delaying the season.

A proposal went to the players on Friday, according to multiple reports, calling for spring training to start in late March, pushing Opening Day to April 28. The delay would allow for the possibility of more fans in attendance during the season as the COVID-19 vaccine becomes available to the general population. The later report date to spring training would also allow for the broader possibility players could get vaccinated by the start of camp. Yahoo Sports first reported the proposal. Earlier this winter, owners first began pushing the idea of a later start to the 2021 season.

Under terms of the newest proposal, a 154-game schedule would be implemented, with players paid for all 162. The calendar would also extend a week, pushing the regular season into October and the World Series into November. The proposal also calls for players to approve an expanded postseason in return for the DH’s implementation into the National League.

The Major League Baseball Players Association is expected to reject the proposal, which only varies slightly from what the owners have pushed for most of the winter. The difference is the eight fewer games to the schedule. The players have already rejected an offer that would implement the DH in the NL in return for an expanded postseason.

As it stands, MLB is bound to the 162-game schedule under terms of the collective bargaining agreement, unless a national emergency is declared. With it unlikely such a measure will be taken and the NBA and NHL seasons progressing as scheduled, MLB doesn’t have much of a case for unilaterally altering the schedule. Last week, the Cactus League in Arizona sent the players a letter signed by officials from various municipalities urging them to delay spring training. Opening Day is scheduled for April 1.

The Post’s Joel Sherman reported the union does not see the proposal as guaranteeing 162 games of pay for playing only 154; with the schedule compressed into a smaller window there would be a further risk that canceled games would not be made up. There is also concern about playing too many doubleheaders (which would be seven innings) and the injury risk. Also, many pitchers have already begun ramping up for spring training and delaying the season now might be problematic.

MLB played a 60-game season last year in which players received prorated salaries. An extra round of postseason was added, with the DH implemented in the NL. But the players did not agree to continue the expanded playoffs, which are a source of additional revenue to MLB. In the union’s view, more playoff entrants could dilute the regular season, encouraging teams to refrain from adding salaries.

The level of distrust between MLB and the players association is high, especially following last year’s negotiations between the sides in the aftermath of the game’s shutdown by the pandemic. The players pushed for the regular season to extend through October, allowing for the possibility 100-plus games would be played. But the owners, citing the financial hit of playing a season without fans in attendance, ultimately prevailed in getting their wish of the shorter season leading into the lucrative postseason revenue from the TV networks.