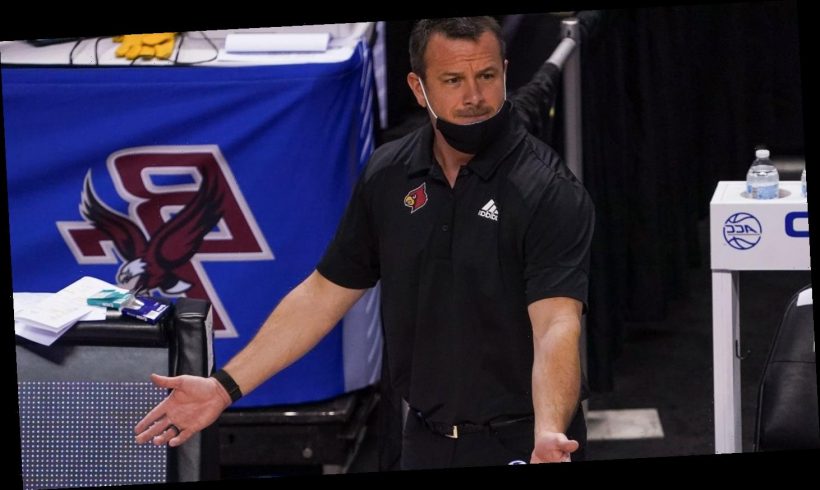 The Louisville women’s basketball team will be allowed to walk outdoors again – after a misunderstanding and updated guidance from the NCAA.

During a press conference Friday, Louisville women's coach Jeff Walz shared with media that when the Sweet 16 teams switched hotels in the San Antonio area Thursday, they were told they were no longer allowed to take outdoor walks. This meant the only time the teams would be able to exercise outdoors is when they walk to their daily COVID-19 tests.

“The only time we get to see the sun is when we get to walk across to the convention center for a COVID test or to get on the bus to come here to practice,” Walz said. Louisville had not been permitted to take walks since Wednesday.

“They’ve done a great job of keeping us physically safe,” Walz said. “But I’m really concerned about the mental health side of it.

"We used to be able to go for a walk outside. Now that’s been taken away. We can’t do that … having the opportunity to get out tonight, I think it’s going to be really good for our players … Just to get fresh air, as stupid as it might sound, it’s nice.”

Louisville coach Jeff Walz says that when the Sweet 16 teams switched hotels yesterday, they were told they were no longer able to take their outdoor walks.

So, the only time that teams get exercise outdoors – currently – is during their daily walks to get COVID testing.

The NCAA told teams Friday they should coordinate any additional walks (outside of the scheduled testing times) with hotel volunteers to avoid crowds and having too many teams in the same place at once. The NCAA sent updated communication to teams after it became aware of the misunderstanding.

The misunderstanding came about because teams were told Thursday that the walking corridor had been shortened now that all the teams are in the same hotel.

Earlier this week, Walz published a statement on social media in response to the public outcry at the start of tournament play regarding the inequities between tournament sites.

"It has been my privilege to serve as a head coach within the Women's basketball community for over 25 years," Walz wrote in a five-paragraph letter Sunday. "Throughout my career in Women's Basketball, I have witnessed many of the disparities still being experienced today."

Opinion:NCAA's gender equity problems can be solved with common sense, not lawyers

Opinion:Mark Emmert must go if women are to get equitable treatment from NCAA

"In a season that has emphasized equality and unity, and a month that is dedicated to celebrating women, it is difficult to understand how our decision makers within Women's Basketball could have missed the opportunity to make a statement about the importance of our sport and their support of female athletes."

NCAA President Mark Emmert and vice president for basketball Dan Gavitt have responded and acknowledged some of the stark differences between the tournaments and have vowed to review each thoroughly to ensure the disparities do not happen again.

"The incongruencies between the Women's and Men's basketball tournaments being documented on social media are an illustration of our decision makers' lack of consideration and communication," Walz wrote.

The No. 2-seeded Cardinals will take on the No. 6-seeded Oregon Ducks on Sunday.