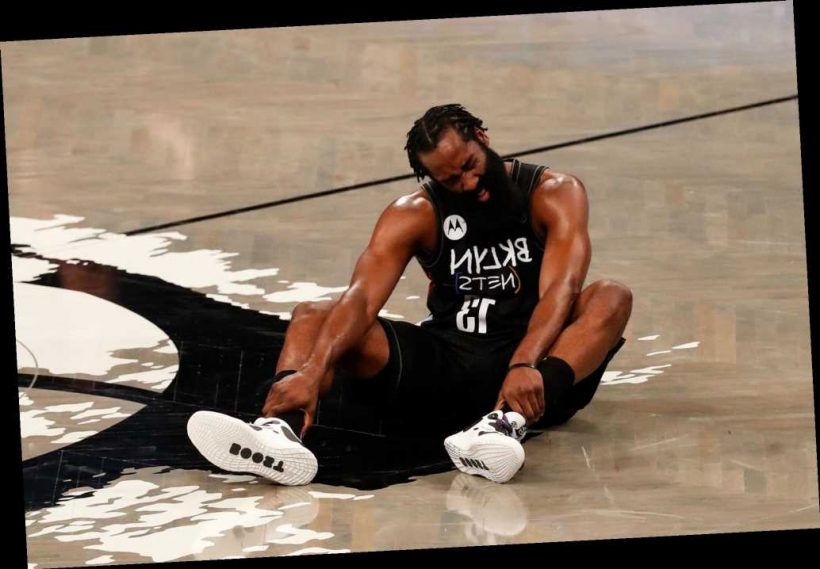 Nets sharpshooter looking to snap out of slump

Nets on verge of debuting Blake Griffin after surprising setback

The Nets had lost both of their meetings against lowly Washington, including the worst defensive performance in the entire NBA all season. Sunday they broke whatever hex the Wizards had on them.

Brooklyn got back to its winning ways, a 113-106 victory at Barclays Center.

The Nets got typically impressive performances from James Harden (26 points, eight assists, five rebounds) and Kyrie Irving (game-high 28 points, seven boards and six assists), Harden shaking off a collision late in the first half to excel in the second. Newly acquired Blake Griffin made his Nets debut, and even fired up the crowd with his first dunk since December 2019.

The Nets (29-14) flipped a 14-point first-half deficit into a two-touchdown second-quarter lead they never surrendered. They saw Washington crawl within a point with three minutes to play, but they got an answer from Nic Claxton (16 points) and held the Wizards at arm’s length the rest of the night.

Russell Westbrook had 29 points, 13 assists and 13 boards for Washington. But Brooklyn survived to win for the 15th time in the last 17 games — and fourth straight at home — to move a half-game behind Philadelphia, pending the outcome of the Kniicks-76ers game. The only negative was Landry Shamet suffering a sprained right ankle.

Still, it marked a quantum leap from the earlier meetings against the Wizards. The Nets came out flat and gave away the Jan. 3 tilt, then allowed 149 points in a Jan. 31 rematch at Capital One Arena. It’s still the most points allowed by any team this season, and had left Brooklyn just 13-9.

“We’re aware. We looked at a few clips to remind them what we want to take away, what we didn’t take away in the first game,” Steve Nash said. “The first game more than anything we got complacent. We were up big and never got down and guarded because things were so easy on the offensive end and they had a huge fourth quarter and we kicked it away right at the last moment.

“The last game in Washington in particular in the fourth quarter, I felt like they had 50 points in the fourth quarter, and a lot of it was [Bradley] Beal or Westbrook taking it coast-to-coast the entire quarter. So getting back, showing a crowd, having the discipline to do that time and time again and then getting down and getting a stance and guarding people. We can’t take anything for granted.”

They’ve done a better job of that. The Nets are 16-5 since behind a vastly improved defense.

“We’ve gotten better with our technique, more clear with what we’re asking them to do. We’ve had more time together,” Nash said before the game. “We’ve added more layers to it, so I think it’s more than anything the time and dedication to that has put us in better step.

Brooklyn fell behind early, down 20-6 on a Garrison Matthews 3-pointer with 7:14 left in the first quarter.

But exactly one period later, with 7:14 in the half, the Nets had completely turned the game around with an extended 35-14 run — including reeling off nine unanswered points to open the second quarter.

Joe Harris hit a 3-pointer to give Brooklyn a 41-34 lead. The Nets harassed Washington into 5 of 18 shooting and eight turnovers, sparking their own transition game in turn.

Harris hit another exactly a minute later to push the lead to 46-36. And when Irving picked off a Westbrook pass, it led to a Bruce Brown layup on the other end and 52-38 lead.

Brooklyn did see the Wizards claw within four points, but it immediately responded with a 9-1 run to rebuild the lead.

The Nets saw Washington get back within 103-102 on a driving layup by Westbrook with three minutes left, but Irving found Claxton for a dunk and three-point play with 2:39 in regulation.

When Brooklyn forced a Matthews miss, Irving snatched the rebound and hit a pair of free throws on the other end to push the lead to five with 1:17 remaining. They held on from there.