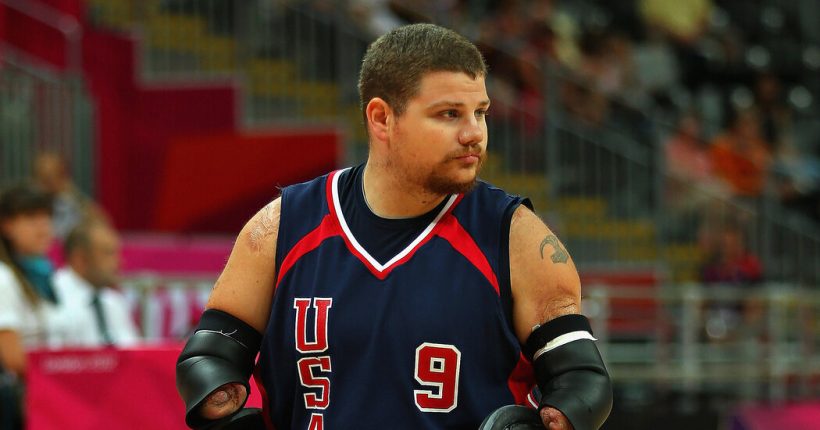 Nick Springer, who became a Paralympic gold medalist in wheelchair rugby at Beijing in 2008, only nine years after contracting meningococcal meningitis, which caused the partial amputations of his arms and legs, died on April 14 in Chandler, Ariz., a suburb of Phoenix. He was 35.

His father, Gary, said that Springer, who lived in Phoenix, died in a friend’s pool after finishing a lap. A cause of death has not yet been determined, but he had been seeing a cardiologist for an arrhythmia.

Wheelchair rugby — also known as “Murderball,” which was the title of a 2005 documentary about the sport — suited Springer’s love of rough-and-tumble action. He had played hockey from age 5 or 6, hoping to become a New York Ranger.

In 2000, a year after losing parts of his arms and his legs above the knees, he turned to sled hockey while still in rehabilitation. He later took up wheelchair rugby, an often violent sport that contains elements of traditional rugby, basketball and handball.

“A lot of people look at me like I’m fragile,” Springer told The New York Times in 2003. “Sports gives me a chance to get out there and bang myself up.”

After Springer tried wheelchair rugby for the first time in 2003, “He rolled off the court with an ear-to-ear grin, saying, ‘Dad, I think I can be really good at this,’” said Gary Springer, who drove Nick from their home in Croton-on-Hudson, N.Y., in Westchester County, to Hackensack, N.J., where he practiced, and to tournaments where he competed with a team from the Eastern Paralyzed Veterans Association (now the United States Spinal Association).

He excelled quickly: He joined the development squad of USA Wheelchair Rugby, the sport’s governing body, in the spring of 2005, and made the U.S. national team the next year, when it won the gold medal at the world championships. In 2008, the team won the Canada Cup and the gold medal over Australia at the Paralympics in Beijing.

“He was a great defender — probably for a long period of time the best defender in the world,” said Scott Hogsett, a friend and a teammate of Springer’s on the 2008 team. “He’s the main reason we won the gold; he defended one of the best players in the world” — the Australian wheelchair rugby star Ryley Batt — “and shut him down.”

But the victory in China came amid sadness. Springer’s mother, Nancy (Ford) Springer, was dying of cancer while her husband and their daughter, Olivia, were at the Paralympics.

When she first learned she had cancer, in January 2008, Springer had offered to stop playing wheelchair rugby and move home.

“She looked me in the eye and said, ‘It would crush me if you don’t go to the Olympics,’” he said, recalling her conversation to The Journal News, a newspaper based in White Plains, N.Y., in 2008. “And she said, ‘The one thing you have to promise is that you won’t let this keep you from winning the gold medal.’”

Ms. Springer was in a coma, surrounded by friends and family watching the gold medal game on a laptop and hearing the announcer refer to her son as “Nick the Tank.” She died the next day, before her son, husband and daughter got home.

The gold medal, Springer said, was how he would remember her.

“It’s my mother’s medal,” he told The Journal News. 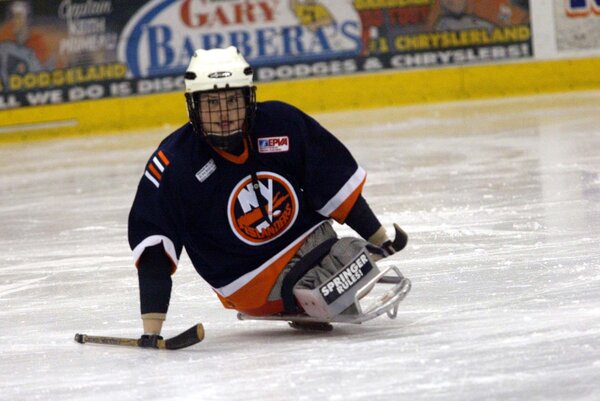 Nicholas Bowen Springer was born on June 9, 1985, in Manhattan and grew up in Brooklyn and Croton-on-Hudson. His father is an entertainment publicist, and his mother taught deaf children and was one of several founders of the National Meningitis Association.

Springer had hockey on his mind in August 1999. He had just completed two weeks of goaltender camp near Toronto — he was going to play the position on his high school’s junior varsity team that fall — and was attending sleepaway camp in western Massachusetts.

After a three-day, 30-mile hike, he began feeling flulike symptoms, which continued to worsen over the next 16 hours. Purple blotches appeared on his abdomen, indicating blood clots. All were symptoms of meningococcal meningitis, a bacterial infection that causes swelling of the protective membranes that cover the brain and spinal cord.

Up to one in five people who survive meningitis may suffer amputations, deafness, and brain and kidney damage; 10 to 15 percent die, even with rapid treatment, according to the National Meningitis Association.

Springer was sent to a hospital in Pittsfield, Mass., then was quickly airlifted to another in Springfield, where his organs began to fail and his blood pressure fell to almost zero. He was given a 10 percent chance of survival.

He was transferred to a hospital in Manhattan, where, while he was in a medically induced coma that would last eight weeks, he underwent the amputations.

After awakening, according to the 2003 New York Times article, he told his father: “Dad, I don’t think I have any fingers. I think I know about my legs, too.” Mr. Springer recalled: “My wife and I looked at each other and said, ‘This is our new normal.’ Because Nick is alive. He’s still Nick.”

Springer declined to wear prosthetics or use an electric wheelchair. And he played wheelchair rugby relentlessly.

“At a very high level, it can be really violent, and that’s what people like about it,” his friend Scott Hogsett said. “Who doesn’t want to watch two people crash in wheelchairs as hard as you can?”

Springer was named the 2009 athlete of the year by the United States Quad Rugby Association, which oversees a league of local teams like the ones he played for in Sarasota, Fla., and in Phoenix, where Hogsett was a teammate. He was also on the 2010 world championship team and the 2012 Paralympic team that won a bronze medal.

“Nick was just ferocious,” Joe Delagrave, a teammate on the 2012 Paralympic team, said. “We met in 2009 and he got me playing at a high level. He was phenomenal at mentoring people and loving them.”

In addition to his father, Springer is survived by his sister, Olivia McCall, and his father’s partner, Elizabeth Cier.

Springer, who graduated from Eckerd College in St. Petersburg in 2010 with a bachelor’s degree in communications, had been an advocate for vaccine awareness. He began speaking at colleges and community organizations and to health professionals in 2005 on behalf of the meningitis association and Novartis, which made a vaccine. In 2015, he began speaking exclusively to health workers after Novartis sold most of its vaccine business to GlaxoSmithKline.

“He talked,” his father said, “about before he got sick, getting sick, and how his parents didn’t know there was a vaccination that could have prevented it.”