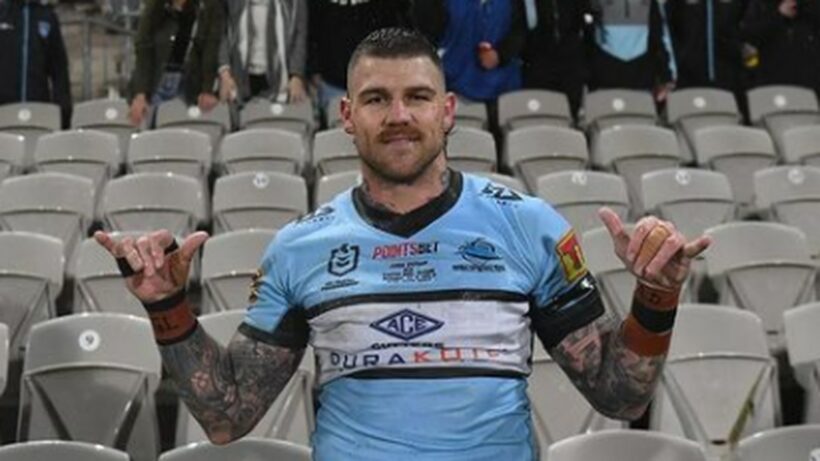 On a dramatic afternoon for the former Kangaroos representative, Dugan wrote in an Instagram post just minutes after his sacking was confirmed that he is retiring.

The former NSW State of Origin star had already been shown the door by the club earlier this season when informed he would not be offered a contract extension beyond 2021.

He has now had a final kick in the teeth after the club tore up his contract following a disciplinary committee meeting this week in response to Dugan’s second Covid-19 protocol breach, the club confirmed in a statement.

Dugan was last month charged by police after allegedly breaching NSW’s strict Covid-19 restrictions. He has denied any wrongdoing.

Dugan and another man were allegedly stopped by police while driving in country NSW, 150km from their homes.

He was charged with two counts of failing to comply with Covid-19 directions and will face court in Lithgow next month.

The star centre was two weeks ago fined A$50,000 (NZ$51,788) by the NRL for breaching the league’s biosecurity protocols and the NSW Government’s health directives.

The Daily Telegraph revealed earlier the early termination of the contract will cost Dugan A$120,000 — the balance remaining on his A$950,000-per-season contract.

The club’s brief statement read: “The decision was made after a review and internal hearing process, with the club and Josh’s management mutually agreeing to the immediate termination.

“The second breach occurred on August 20, with Josh having fronted the Sharks Disciplinary Committee for a previous breach which occurred back in June.”

The 31-year-old failed to attract any contract offers from NRL clubs or Super League clubs and now appears to have announced his retirement in an Instagram post.

“So by now I’m sure everyone’s seen the news, and for me that ends my time in the nrl,” Dugan captioned a photo of himself alongside Sharks teammate Matt Moylan.

“What a journey it’s been from a scrawny little kid at south Tuggeranong to debuting at 18 for the raiders, playing origin at 21 against some of the best players in the era then moving to the dragons, a team I supported growing up and loved every minute of it, and lastly the Sharks which while has ended the way it has I wouldn’t change a thing.

“It’s been a roller coaster throughout my career but due to my support network and my own grit and determination never gave up or took an easy option, in doing that I got to represent my country and state whilst playing over 200 games.

“To my teammates over the years thank you, staff and coaches alike thank you. Made some lifelong brotherhoods and had some unreal opportunities.

“My next chapter involves community work and hopefully running my own business. Stay safe and god bless #ontothenext.”

Dugan was left behind in Sydney in July when his Sharks teammates travelled to Queensland to complete the NRL season.

The NRL also fined Dugan A$25,000 earlier this year after he breached Covid-19 protocols in a separate incident.

The former Raiders star was spotted at a Potts Point restaurant with friends after the NRL had imposed level 3 biosecurity protocols, which required players to remain at home unless training, playing or conducting essential household requirements.

“I just want to say I’m sorry, it was an error in judgment,” Dugan told News Corp at the time.

“It’s been a difficult period for me personally and I’m putting my hand up on this one.”