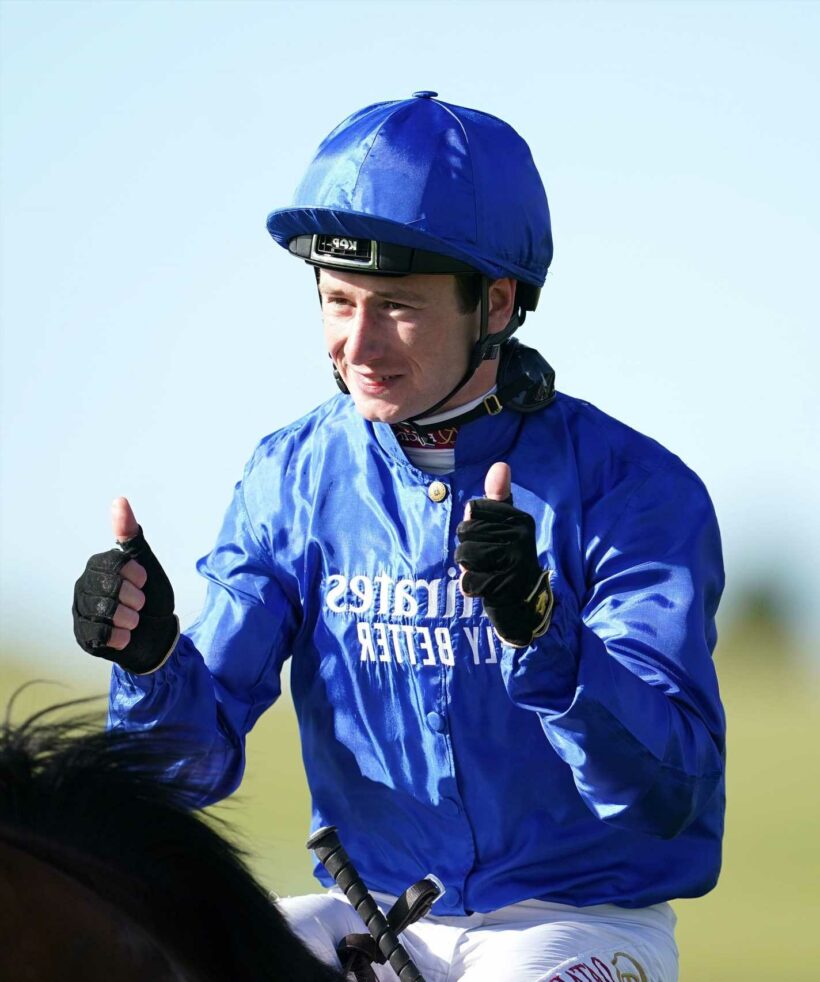 OISIN MURPHY carries the weight of a nation into tomorrow’s Arc.

Racing mad Japan has been desperate to win the world’s biggest Flat race for well over a decade.

And the 26-year-old will partner their latest star Chrono Genesis, for a trophy the two-time champion jockey would love to lift more than any other.

“It’s the strongest Arc in recent years, full of champions, but she’s the best in Japan and has earned her right to be there. I hope she puts up a huge performance,” said Murphy.

“She’s won four Group 1s and stays very well, which you need to in this race.

“Japan has come very close to winning it a number of times, but through no fault of their own they still haven’t managed to land it.

“Orfevre famously hit the crossbar in 2012 and it has to be only a matter of time before they do win it with the pedigrees they have.

“I’d prefer it to be sooner, rather than later for obvious reasons! To be the jockey to win it for Japan, I don’t want to get carried away, but that would be a dream.

“It’s a dream I’ve been scared of having because they’re so hard to win, it’s my favourite race and it would mean the world.”

After the draw was made on Thursday, Chrono Genesis was handed stall 14 with only French hope Raabihah outside her.

With 16 of the last 21 winners coming from a berth between one and eight, plenty of jockeys would be in the doldrums, but Murphy isn’t too bothered.

He said: “I’d certainly prefer a high draw than a low one, I think being low would be a major negative.

“I’ve got some fancied ones near me in Snowfall in 9 and Adayar in 11.

The ultimate home for all your racing needs.

Number one for tips, betting offers and news – as well as full racecards and an interactive results and odds comparison service.

“My filly seems in very good shape. I rode her for the first time on Wednesday and I was very happy with her.

“Hopefully I’ll be able to do something from the draw and not get stuck super wide. That’s down to me.”

Chrono Genesis was a narrow second to Mishriff in the Sheema Classic in Dubai last March and she backed that up with another Grade 1 win back on home turf in June.

Connections left it late to ship their star to France, arriving only a week before the £4.5 million showdown.

Paddy Power: £40 IN RACING FREE BETS WHEN YOU PLACE A £10 BET ON RACING – CLAIM HERE

Betfair – Min stake £5, min odds 2.0. Only deposits made using Cards or ApplePay will qualify. Free bets are awarded after the qualifying bet has settled, valid for 30 days, and must be used on multiples with 3+ legs. Max £20 in free bets. T&Cs apply. 18+ BeGambleAware.Org

Paddy Power: New Customer offer. Place a £10 bet on any horse racing market (September 30th – October 3rd), at min. odds 1/5 (1.2) — get £40 in racing free bets. Your qualifying bet must settle by Sunday 23:59, 3rd October. Only deposits via Cards will qualify (Apple Pay not valid on this promotion). T&Cs apply. 18+ BeGambleAware.Org

But Saito, her 39-year-old handler, is confident his horse has had the best possible preparation.

He explained: “She worked under Oisin Murphy for the first time in the week and appears very quiet and settled in. The jockey did exactly what he was asked and did not go too fast on her.

"The main part of the preparation has been done in Japan and I find her in very good condition.

“She had very fluid action, I'm not concerned about anything. I haven't had the opportunity to weigh her, but she looks like she's in the condition she was in when she was running in Japan.”

The likely soft ground is often used as an excuse when it comes to Japanese horses coming up short in the Arc.

But Saito is not ready to roll out that familiar tale. He reckons his mare has what it takes to shine come rain or sun.

He said: “I'm not particularly worried about the ground. It's an eternal debate about Japanese horses in the Arc and if the ground has something to do with it.

Chrono Genesis adapts herself to all different ground. She's very brave and courageous so I'm not worried about the ground. 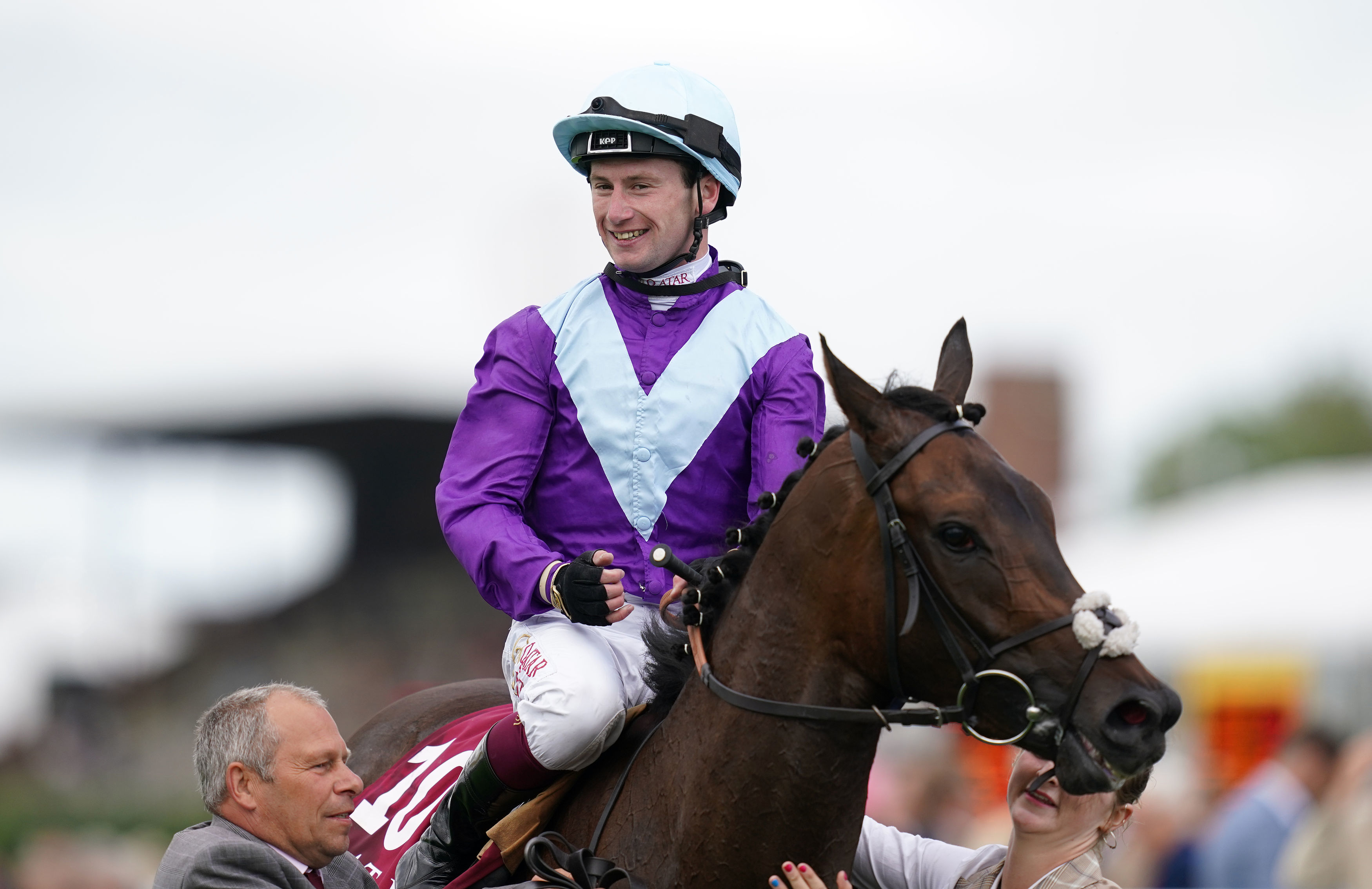 “I’ve also been asked lots about her time off. But this is her rhythm, she runs usually every two months.

“The end of June, which was her last race, until now is three months, which she is used to. It is not a worry that she hasn't run since because she actually needs that time in between races.

"She had won the Group 1 race in December already and that was the point when we started to think about the Arc.

“We chose Dubai to give her some experience to see how she could run after having travelled and also to prepare for the trip to Paris.

"I know that the opposition is going to be very strong, but for me the most important thing is that I prepare the mare so that she is 100 per cent in form on that day, the rest is up to Oisin. He is the one who has to take her through the race.

"I'm very honoured that she is considered to have a chance in the Arc, that is a great honour for me.

“My work is to get her at 100% for the day in the Arc, and if she could win the Arc I would obviously be very, very happy."