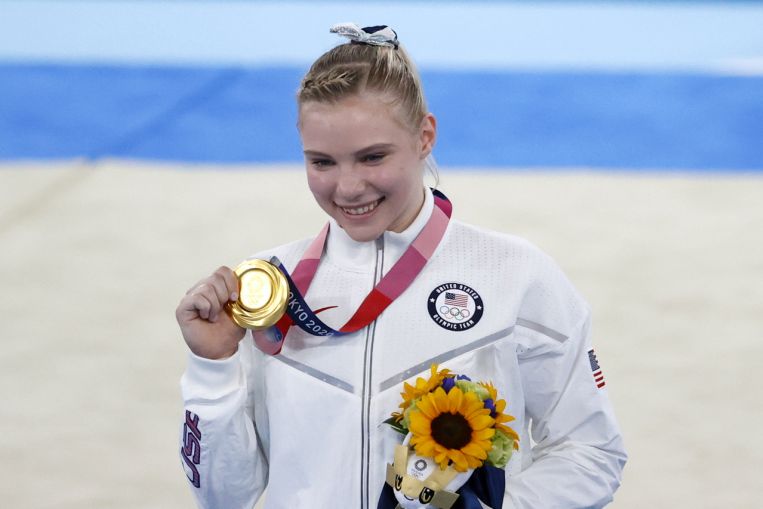 TOKYO (AFP, REUTERS) – American Jade Carey won the women’s gymnastics floor gold at the Olympics on Monday (Aug 2) in a quick upturn in fortune after disappointing in the vault final 24 hours earlier.

The 21-year-old from Arizona tumbled her way to a score of 14.366 to take the title from Italian 30-year-old veteran Vanessa Ferrari.

There was a rare dead-heat for bronze between Japan’s Mai Murakami and Angelina Melnikova, who led the Russians to team gold last week.

For Carey this was rapid redemption after she stumbled on landing on her first vault on Sunday and cut a sorrowful figure after her second jump.

Those tears of frustration were well and truly dissipated when her technically taxing and expertly executed floor routine earned her gold to continue the USA’s productive time at the Ariake Gymnastics Centre, despite Simone Biles’s absence.

Greece’s Eleftherios Petrounias, winner of the ring gold at the 2016 Rio Games, took the bronze.

It marks the first time China has topped the rings podium since going one-two at the 2008 Beijing Summer Games.

In the men’s vault final, Shin Jea-hwan of South Korea won gold ahead of Denis Abliazin of the Russian Olympic Committee and Artur Davtyan of Armenia.