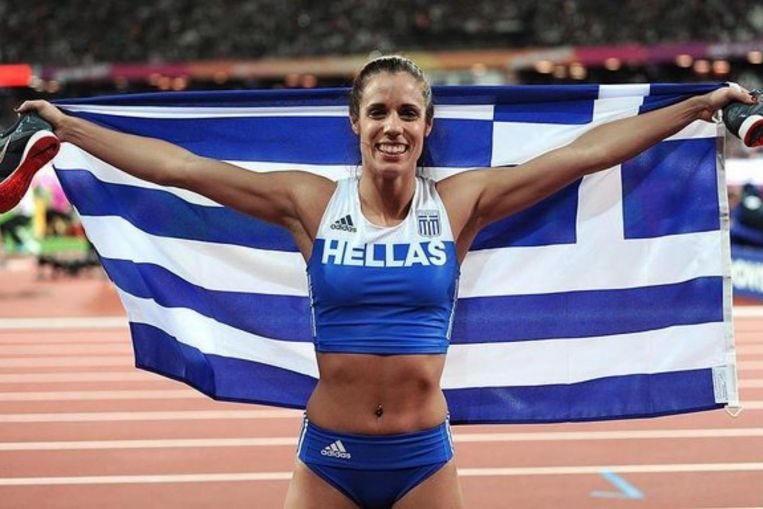 TOKYO (REUTERS) – Gold medallist pole vaulter Katerina Stefanidi, a vocal proponent for postponing the Tokyo Olympics last year, is backing the Games to be held this July, with or without spectators.

Before the International Olympic Committee and Japanese government decided to postpone the Games last year due to fears over the coronavirus pandemic, Greece’s Stefanidi accused organisers of risking athletes’ safety and demanded a plan B.

Days later, organisers did postpone last year’s Games, which are now set to begin on July 23.

However, Stefanidi told Kyodo News in an interview published on Sunday (Jan 24) that the Games should now go ahead.

“I think that it’s a very different situation than what we had last year, where we didn’t really know anything about the virus,” the reigning pole vault Olympic champion said.

“If we have to have the Olympics without spectators, I would prefer that than not having the Games at all,” she added.

“If we can have the Olympics with some spectators, that will be better, of course … For me the worst case scenario would be to completely cancel.”

Stefanidi, a member of World Athletics’ Athletes’ Commission, said she believed there had been a change of attitude among many of the 15,000 athletes preparing to compete in Tokyo.

Last year, she said that about 80 per cent of World Athletics athletes surveyed supported either cancelling or postponing the Tokyo Olympics.

“But if we do this (survey) again, it will be reversed, then 80 per cent of the athletes would want the Olympics to go ahead,” she said.

A survey of the general public in Japan by the Japan Press Research Institute on Saturday showed that 38 per cent of respondents said the Tokyo Games should be cancelled while 34 per cent said the events should be postponed again.