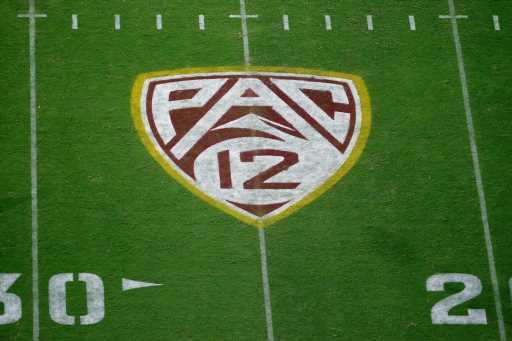 Four need-to-knows for Week Four in the Pac-12

1. Unbeatens here, there and everywhere

That’s four more than it had at this point last season, when only Oregon was perfect through Week Three.

— One of the five unbeaten teams is guaranteed to be 4-0 when the weekend concludes: The USC-Oregon State winner.

— Two more are double-digit favorites: Washington (over Stanford) and UCLA (over Colorado).

— The last one, WSU, is a home underdog against Oregon.

If the Cougars win and Washington and UCLA handle their business, the Pac-12 will have four 4-0 teams for the first time since 2017 — and for only the seventh time this century:

Why is that threshold significant?

Check the years: There’s a strong correlation for the Pac-12 between hot starts and strong finishes, particularly on the three occasions in the past decade.

— In 2013, the conference placed six teams in the final AP poll and produced five 10-game winners.

— In 2014, it also placed six teams in the final AP rankings and sent Oregon to the College Football Playoff.

— And in 2017, it sent nine teams into the postseason and placed two in the New Year’s Six bowls (USC and Washington).

Those are all among the best seasons the conference has experienced since expansion.

If four teams survive Saturday with 4-0 marks, the postseason begins to look promising for the Pac-12.

Here’s a sentence you probably didn’t expect to read:

The Pac-12 can stake a claim to being the second-best conference in the country thus far (behind the SEC, of course).

It’s one of two leagues (with the SEC) to have four teams in the current AP top-25 poll (USC, Utah, Oregon and Washington) and has three undefeated teams that aren’t ranked (WSU, Oregon State and UCLA).

Only the SEC has more top-25 wins.

And because the Pac-12 has completed 92 percent of its non-conference games, there aren’t many potholes left. The emerging narrative of a rebirth should stick — at least until the bowl season.

No team anywhere has been slighted quite like Washington State.

The Cougars are the first Power Five team in 20 years to start the season 3-0, with a road win over a top-20 opponent, and not crack the AP top-25 poll.

Despite the victory over then-No. 19 Wisconsin in Week Two, WSU is among the teams in the “others receiving votes” category.

In fact, Michigan State, fresh off the drubbing at Washington, received far more votes (91) than the Cougars (62).

Points of interest around the conference …

— USC is one of five teams in the Football Bowl Subdivision that hasn’t committed a turnover. The others: Georgia, James Madison, San Jose State and Syracuse

— Arizona has won six in a row against Cal. Average margin of victory for the Wildcats: 4.2 points.

— During David Shaw’s tenure, Stanford has faced Washington six times when the Huskies were ranked. The Cardinal has won five. Will it be six out of seven?

Support the Hotline: Receive three months of unlimited access for just 99 cents. Yep, that’s 99 cents for 90 days, with the option to cancel anytime. Details are here, and thanks for your support.

*** Pac-12 Hotline is not endorsed or sponsored by the Pac-12 Conference, and the views expressed herein do not necessarily reflect the views of the Conference.