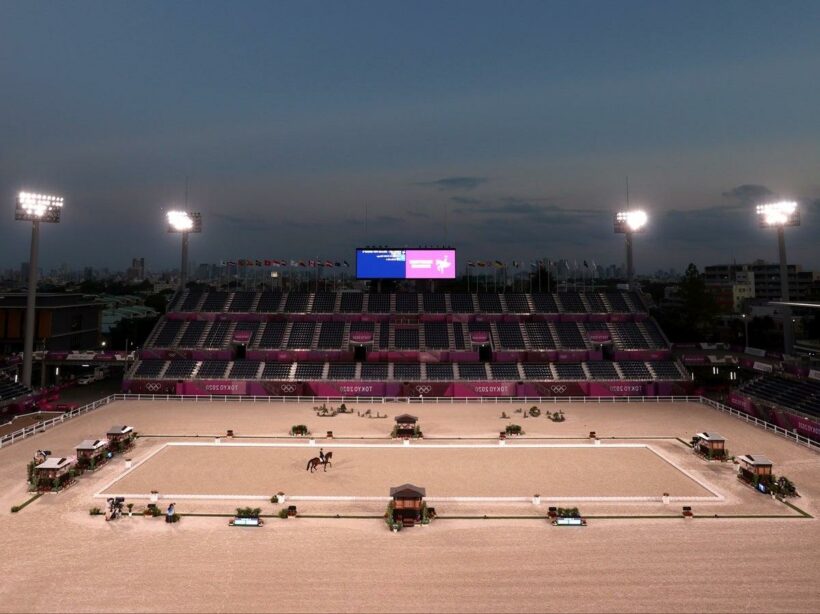 The Equestrian Park in Tokyo

The Tokyo Paralympics have arrived, with the equestrian events set to take place in the Japanese capital’s Equestrian Park.

Britain enter the Games as defending dressage champions, with Team GB in fact having won gold at every Paralympics since the introduction of para dressage in 1996. In Tokyo, GB’s riders will be Sophie Wells, Natasha Baker, Sir Lee Pearson and Georgia Wilson – who replaces eight-time Paralympic champion Sophie Christiansen.

There are team and individual events to take place across the coming week. Teams are made up of three of four athletes – four in the case of Britain. All athletes take part in three dressage tests: a team test, an individual championship test and a freestyle test, in which riders choose their own routine and music.

As ParalympicsGB explains: “Athletes are classified according to their functional ability when mounted across five grades (Ia, Ib, II, III and IV). The grading determines the complexity of the movements riders perform with their horses during their tests, ensuring that the tests are judged on the skill of the rider, regardless of their impairment. Riders may use permitted assistive devices (called compensating aids) such as dressage whips, connecting rein bars, looped reins, and the like. Visually impaired riders are permitted to use ‘callers’ to help them navigate around the arena. 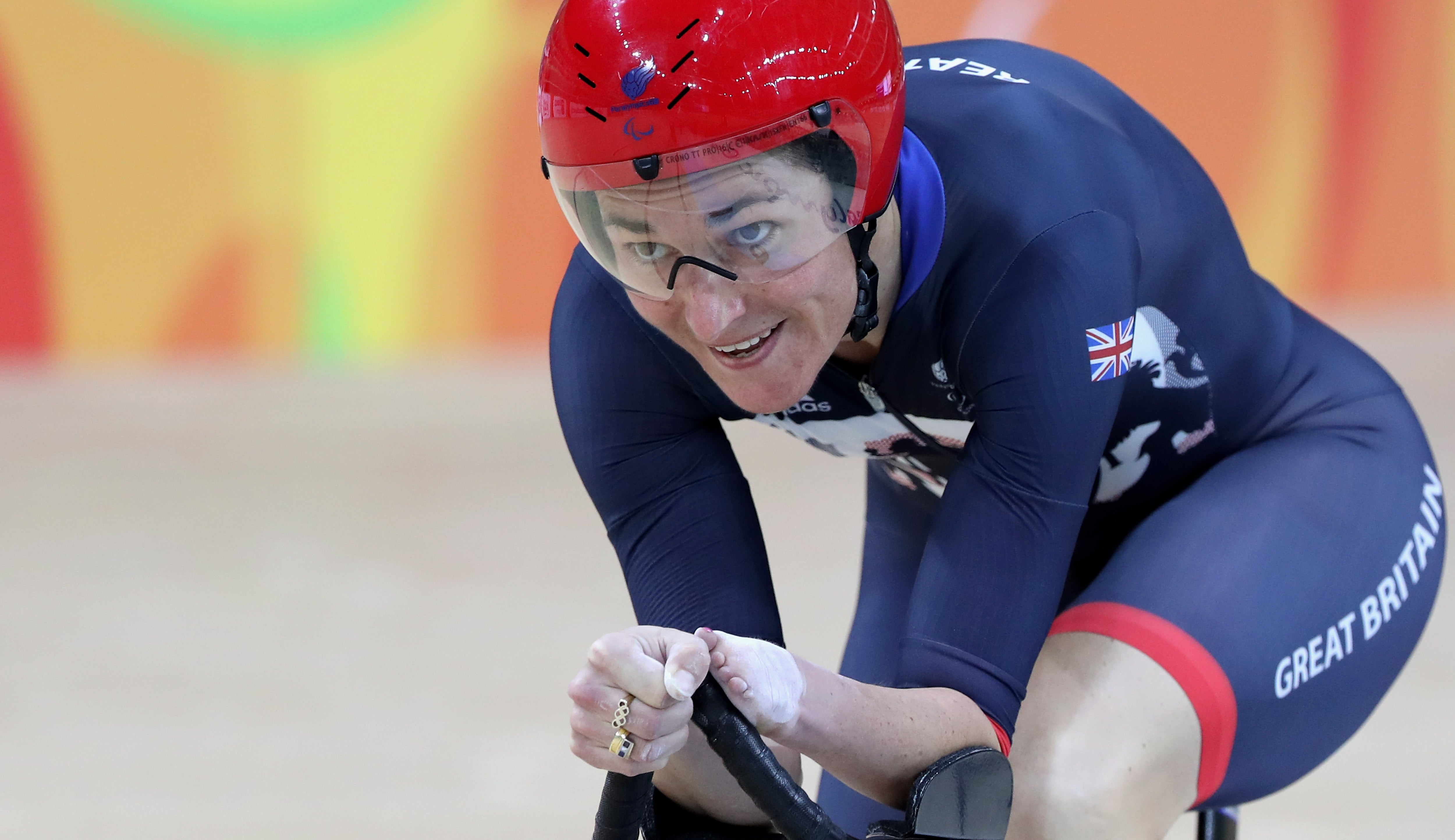 “Grade III riders are usually able to walk without support but may require a wheelchair for longer distances. Riders can have moderate unilateral impairment, moderate impairment of all four limbs, or severe arm impairment. Blind riders (B1 total loss of eye sight) compete in this category but must wear blacked-out glasses or a blindfold. Grade IV riders have an impairment in one of two limbs or some visual impairment (partial loss of eye sight) at B2 level.

“Riders with just a hearing impairment or who have a visual impairment at B3 or B4 level are not eligible to compete at a Paralympic Games in para-equestrian dressage. Riders with recovering or deteriorating conditions such as MS are eligible but must have been reclassified within six months of a World Championships or Paralympic Games to ensure their classification is correct. Specialised equipment including prostheses is only allowed where it has been specifically approved and is written on the master list.”

Here is a look at the schedule for the Tokyo Paralympics’ equestrian events. All times BST. 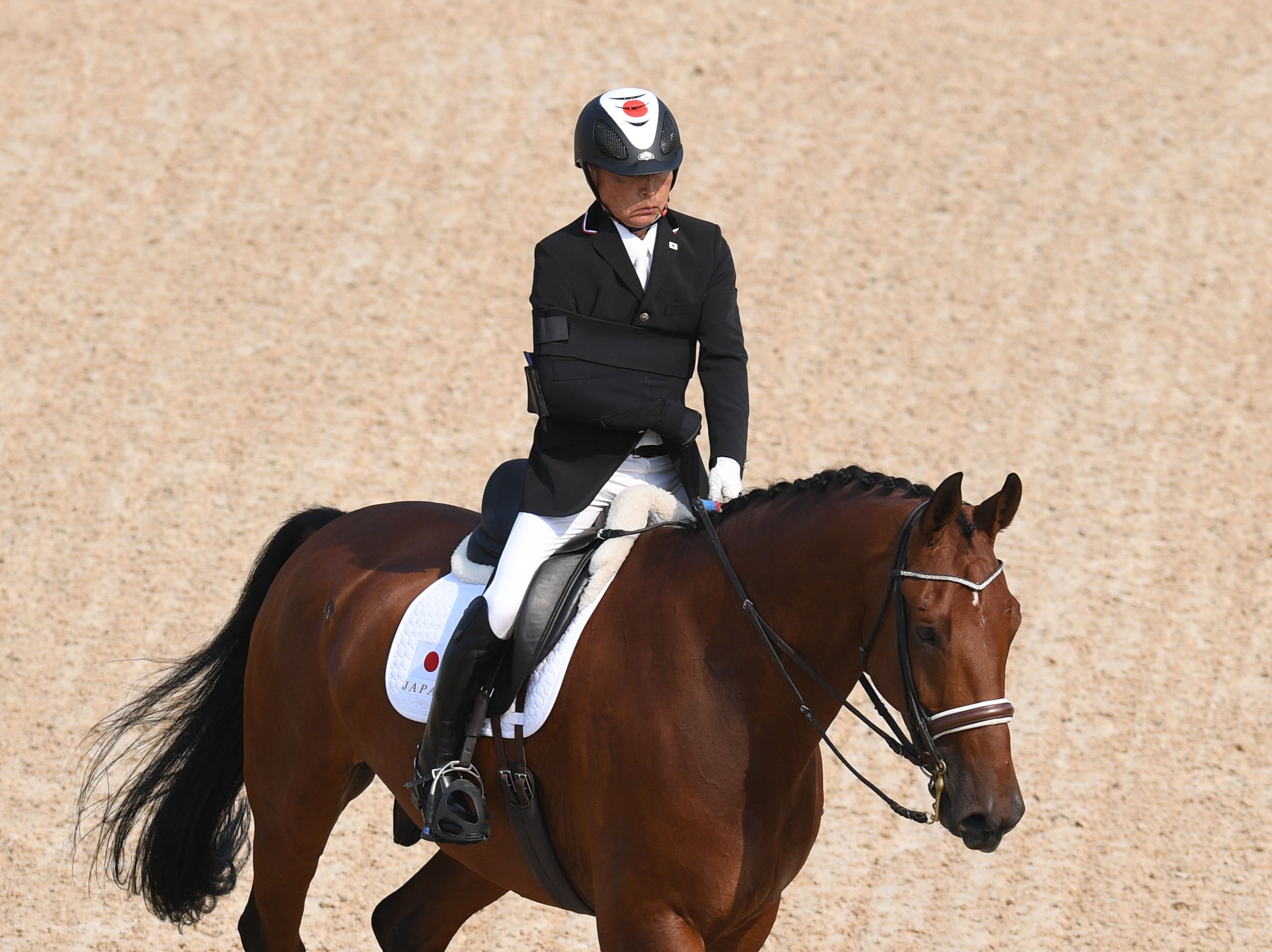 Mitsuhide Miyaji of Japan in action at Rio 2016