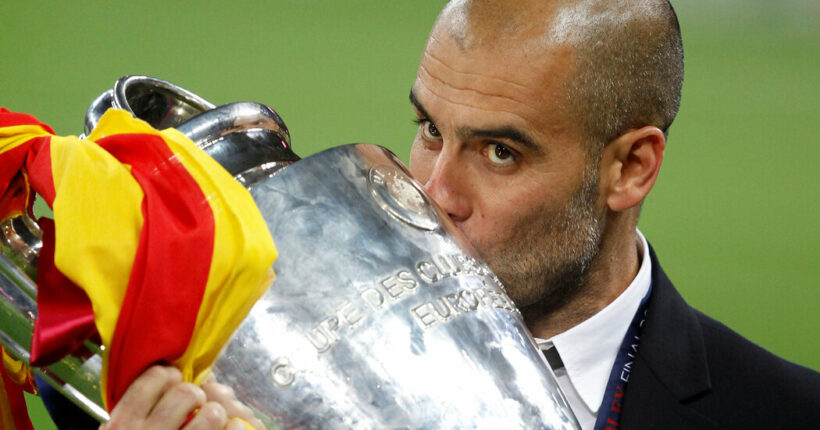 Alex Ferguson could, when the mood took him, be gracious in defeat. Often, that was when he was at his most ruminative, his most considered, his most obliging in his praise of an opponent. In all his years at Manchester United, though, he was never quite so effusive as he was deep inside Wembley Stadium exactly a decade ago.

The Barcelona team that had just beaten his United side in the Champions League final — for the second time in three years — was the best he had ever faced, Ferguson said. He had been “mesmerized” by the patterns painted by Andres Iniesta, Xavi Hernández, Lionel Messi and the rest. Barcelona ranked, without question, as the best team in Europe. “No one,” Ferguson said, “has given us a hiding like that.”

His paean was interrupted only by one brief note of warning. Pep Guardiola, the architect of his defeat, was rumored to be thinking of leaving Barcelona, exhausted by the intensity of the work that had gone into his masterpiece. Ferguson — perhaps wanting to give the younger Guardiola the benefit of his wisdom — cautioned against it.

Guardiola would regret leaving behind the team he had built at Barcelona behind, he said. He would find it hard to replicate a side capable of such wonder, such devastating beauty. He would be abandoning the pinnacle. “If he’s really considering that, he’ll never have this experience again, that’s for sure,” Ferguson said.

As prophecies go, it has proved more prescient than Ferguson himself could have envisaged. He might have imagined that Guardiola would never be able to forge a team as good as his Barcelona elsewhere, but even he would have stopped short of suggesting that it would be a decade before Guardiola once again graced a Champions League final.

That he has not — that Ferguson, long since retired, has competed in the most significant game in club soccer as recently as Guardiola — is one of those well-established facts that still retains a capacity to surprise. It seems, somehow, counterintuitive, the sort of thing that simply cannot be possible, a glitch in the matrix.

Ilkay Gundogan was dimly aware of the fact that he is the only player at Manchester City with any experience playing a Champions League final: He was part of the Borussia Dortmund team that lost at Wembley in 2013. But it had not occurred to him that he had more recent experience of the occasion than his coach. “Is that right?” he said. “He was there before me? I suppose he has won it three times, though.”

To Gundogan, Guardiola’s absence is all the proof required of the exigencies of this competition. “He has been the best coach in the world for a decade,” he said. “That just goes to show that there are so many different things that have an influence in winning that trophy. It is very complicated.”

In some interpretations, Guardiola has been guilty, ever since that destruction of Ferguson’s United, of making it a little too complicated. If rotten luck mitigated his failure to make a final in his three years at Bayern Munich — a missed penalty here, an inspirational Messi there — then his disappointments at Manchester City have seemed a little more self-inflicted.

Blame for several of City’s eliminations over the last four years has been laid, in hindsight, squarely at his door. He was too open against Monaco’s vibrant young team in 2017. He was too cautious against Liverpool a year later and too dour against Spurs in 2019. It was hard to work out his thinking at all against Lyon in 2020, something even his players noticed. “This feels like the same old story,” City midfielder Kevin de Bruyne said. 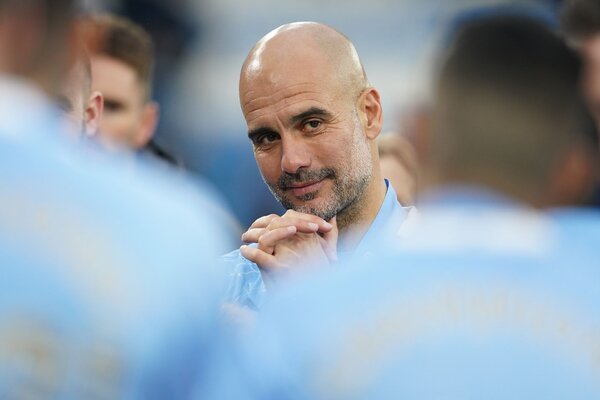 The Champions League, the theory went, did something to Guardiola: It got inside his head, exposed some sort of insecurity. He had grown up, a devoted Barcelona fan, at a time when the club’s competition hung like a long white cloud over the club. He was a ball boy at Camp Nou the year his team made the final, in 1986, only to lose — on Spanish soil — to Steaua Bucharest.

He was a young Barcelona player when the wait finally came to an end, at Wembley in 1992, when he was chosen to present the trophy to the city when the players landed back home. That final was seen as conclusive proof that the club could now see itself as a legitimate European power and the equal of its nemesis and hegemon, Real Madrid. Barcelona was where he had honed his reputation as the best coach of his generation, first in 2009 and then, at Wembley once more, in 2011.

And it was, increasingly, all that he cared about. At Bayern, the record points tallies and goal hauls and winning runs that his team recorded in the Bundesliga did not concern him a jot; all he cared about, he told his biographer Martí Perarnau, was “winning these big games” in Europe.

By the time he arrived at City, a club designed and built to hire him so that he could deliver a Champions League title, his desire to win it, his need to win it — and to do so away from Barcelona, away from Messi — seemed to have turned his strengths into weaknesses. “He told us everything that was going to happen,” the defender Daniel Alves said of Guardiola before the 2011 final. “He gave us the key.”

By 2020, though, his players were wondering if that obsessive preparation was the problem. Guardiola was so preoccupied by what his opponents might do that he compromised his own principles. The ideas and the imagination that made first Bayern Munich and then Manchester City untouchable over the span of a season were jettisoned in favor of a more pragmatic approach.

Crucially, it did not seem to work, a view expressed inside and outside the club in the aftermath of the defeat to Lyon. Even Gundogan, as ardent an acolyte of Guardiola as one could hope to meet, used that word — “overcomplicate” — in an interview this week. The key for a final, he said, is “not to do anything different or unexpected: Stick with the stuff that you are convinced by, that works for you. You don’t overcomplicate it.” The ghosts of the last four years have not been entirely exorcised, not yet.

Guardiola’s assessment of his lost decade is a little different, more poetic than prosaic. Standing on the touchline at City’s Etihad Stadium a few weeks ago, fresh from his team’s semifinal victory against Paris St.-Germain, he talked about the Champions League with a sort of dazed reverence. “In this competition,” he said, “there is something in the stars.”

The example he is most fond of citing is Chelsea. In 2008, that club would have won its first Champions League had John Terry not slipped on turf made greasy by a downpour in Moscow. It is a story Guardiola has told successive iterations of his squads, both in Manchester and Munich, and he brought it up again that night, in the afterglow of victory against P.S.G., too.

This season, it feels as if the stars are finally aligned behind City. Guardiola’s team goes into Saturday’s final as a convincing favorite, despite two recent defeats against Chelsea, its opponent in Porto. It cruised to the Premier League title, its third in four years, thanks not only to the spirit of adventure typical of Guardiola’s teams, but to a more unusual defensive parsimony.

“We have been really rock solid,” Gundogan said. “In the other years, we have conceded a lot of goals in crucial games: three against Monaco, three against Tottenham, three against Lyon. That has not happened this time, and that is important. Of course we can always score, but it makes it much more difficult.”

At last, Guardiola — the defining coach of his generation — has found a formula to return to the game that defines greatness, to move within touching distance of the trophy he craves above all others. He could not have foreseen, in 2011, that it would take him a decade to be back here again, to be so close to reclaiming the pinnacle, to be able to brush his fingers once more against the stars. He has waited 10 years for this moment, a decade of longing, just to experience it again.