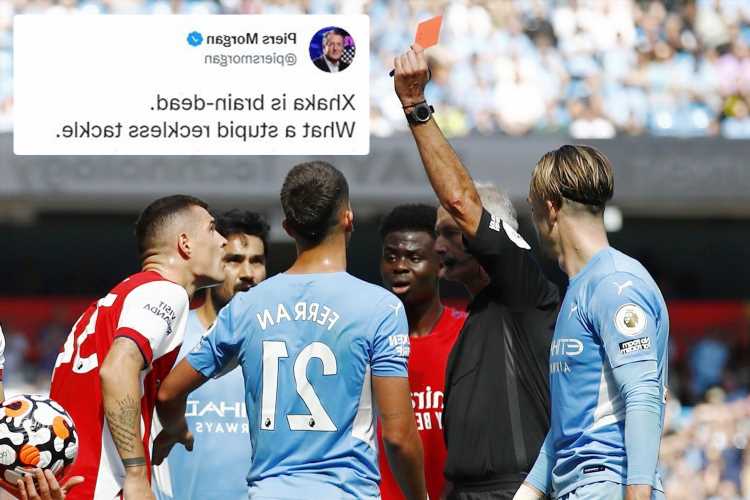 The midfielder launched in on Joao Cancelo with his side 2-0 down after 34 minutes. 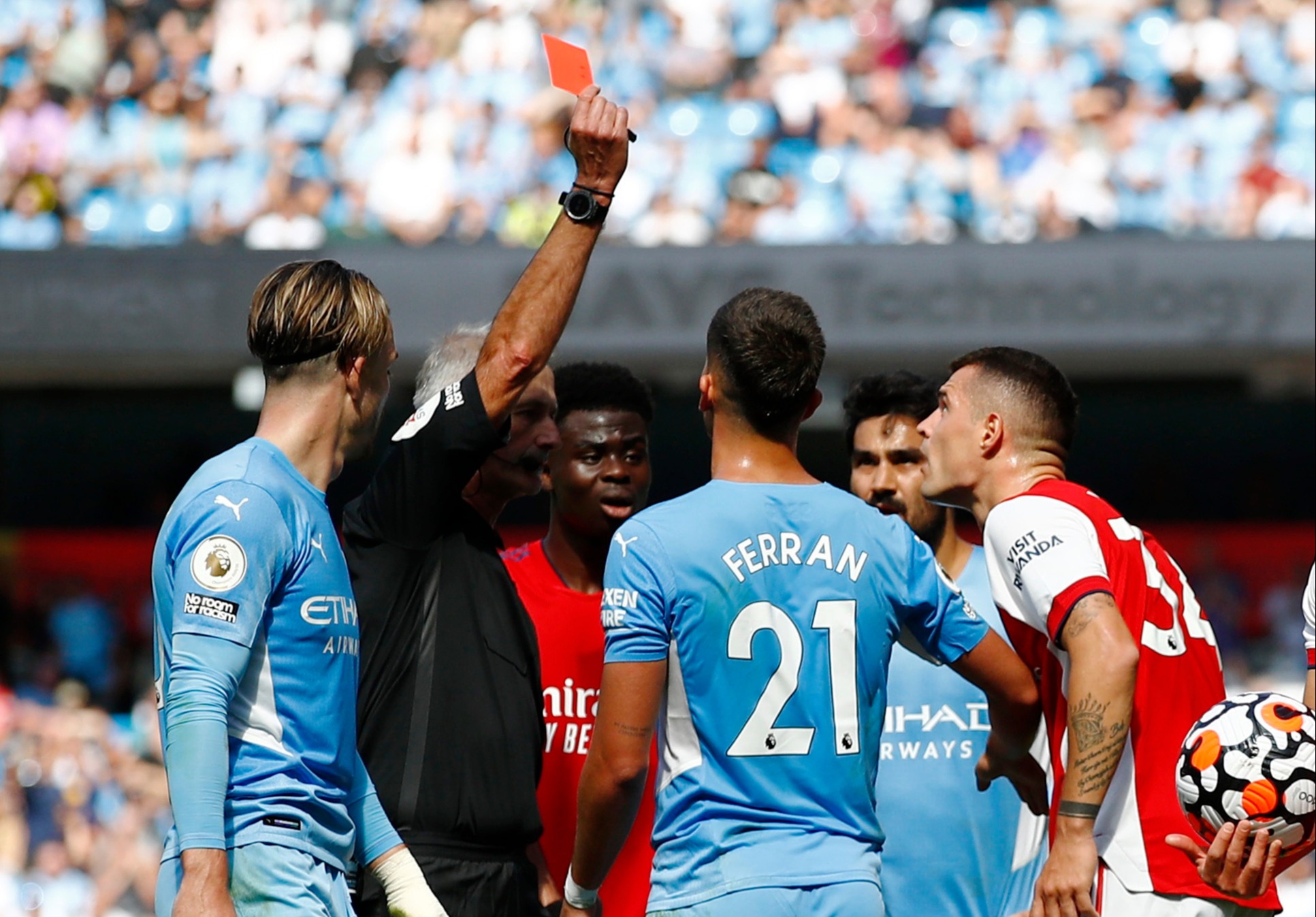 Whether he got any of the ball or not was immaterial for referee Martin Atkinson, who deemed the challenge too reckless.

A straight red was dished out as the Etihad Stadium crowd called for Xhaka to go.

Arsenal fans, including presenter Piers Morgan, were quick to slam the Swiss player for leaving his team even more in the lurch.

Morgan wrote: "Xhaka is brain-dead. What a stupid reckless tackle."

Another Arsenal supporter commented online: "Red card or not I couldn’t care less why is Xhaka dumb enough to dive in like that with two feet?"

But Anthony tweeted: "He literally won the ball."

Arsenal were a goal down in seven minutes on Saturday, Ilkay Gundogan arriving unmarked at the far-post to head home his first of the season.

Ferran Torres made it two before a simple back-to-front move sent City into the break with a 3-0 advantage.

Ederson's pass out allowed Torres to turn and run at the Gunners' defence, before Jack Grealish rolled in Gabriel Jesus for an easy finish.

Despite it not even being just half-time when the third went in, in just the third league games of the season, some fans were already calling for Mikel Arteta to be sacked.

Chief among them was Morgan, 56, who tweeted: "ARTETAOUT."

But Leeds fan Barney replied: "Funny what you wish for. You wanted Wenger out and look at what you’ve got now. A shambles and it’s fantastic viewing."