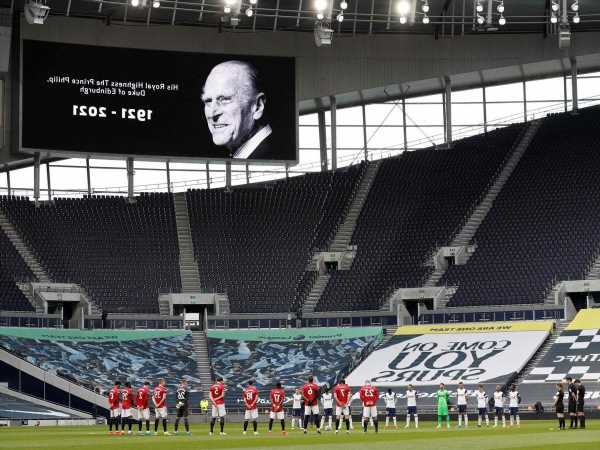 Qualifying for this weekend’s Emilia Romagna Grand Prix has been moved to avoid overlapping with the Duke of Edinburgh’s funeral on Saturday.

Formula One and the FIA have announced that the session has been brought forward by an hour and will now take place from 1pm-2pmBST.

As a result, final practice will move to 10am-11am in order to comply with the regulations which state qualifying must be two hours after FP3.

A minute’s silence will also be held before qualifying at Imola.

The EFL has confirmed that all fixtures scheduled for 3pm on Saturday have been moved to avoid overlapping with the funeral with Wolves vs Sheffield United in the Premier League already rescheduled.

Matches taking place in the Sky Bet Championship, League One and League Two this week and at the weekend will also observe a minute’s silence before kick-off.

Players, coaching staff and match officials will also be wearing armbands as a mark of respect.

Blackburn’s game against Derby and Reading’s fixture with Cardiff will kick off at 6pm on Friday, while Norwich will face Bournemouth at Carrow Road at 8pm on Saturday.