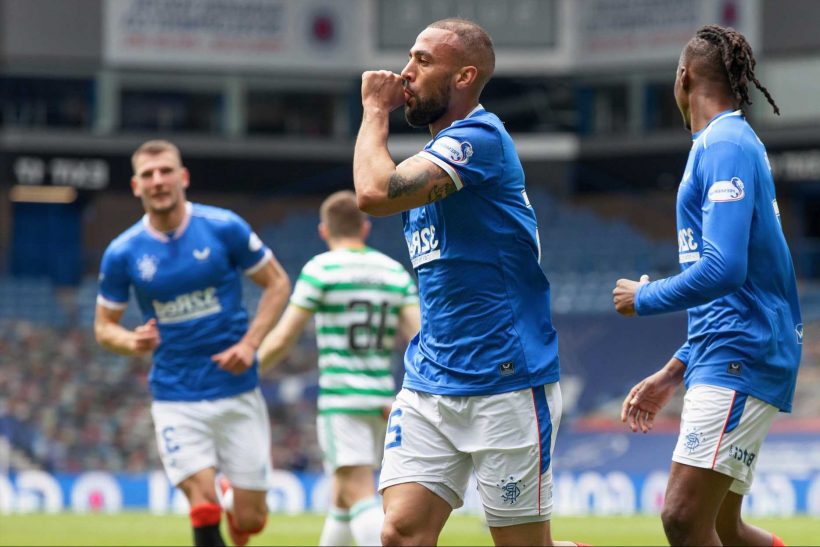 The Colombian – for whom this may also be the last derby – scored Gers' second, either side of a double from Kemar Roofe before Jermain Defoe rounded things off. 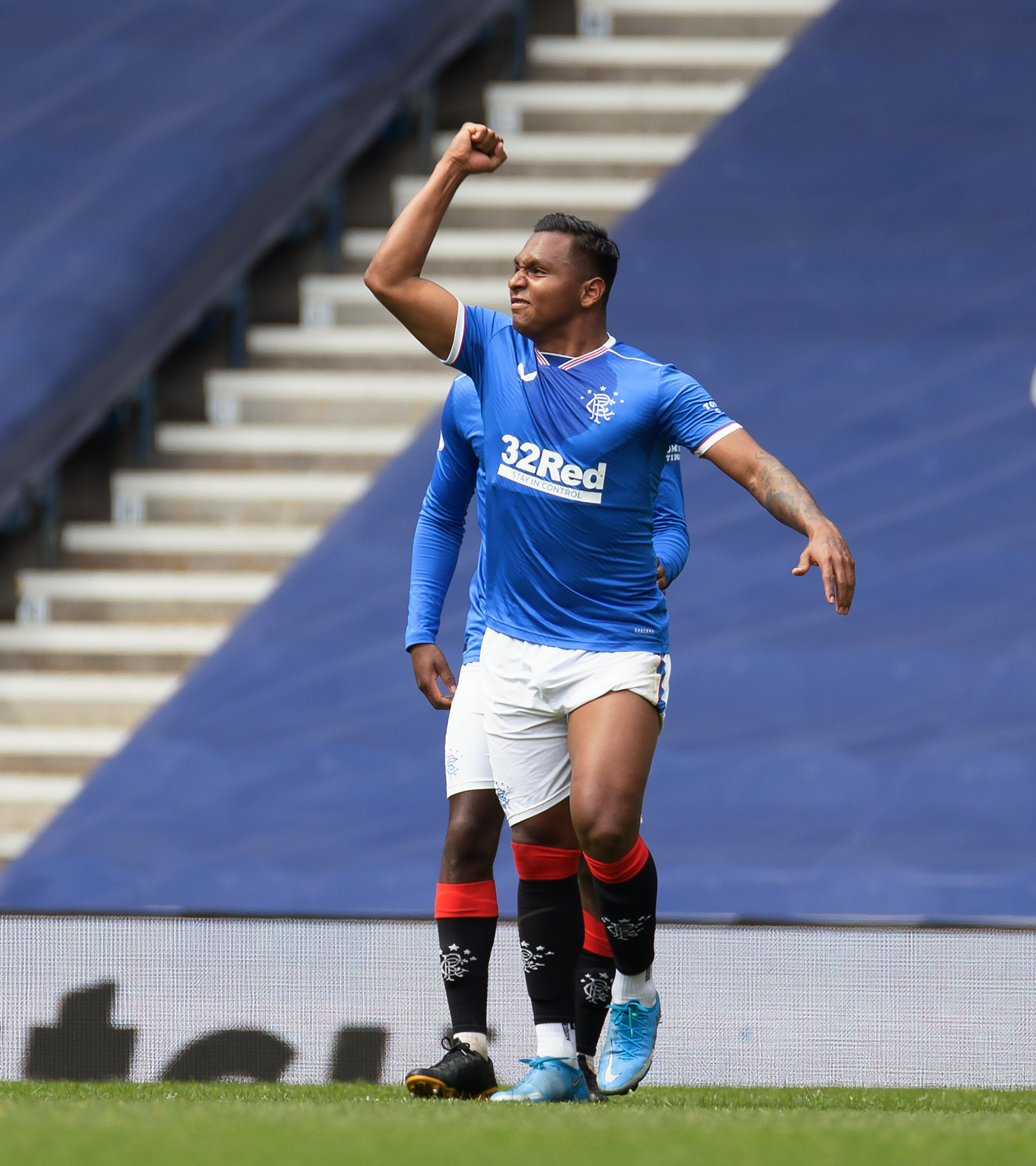 Odsonne Edouard made it 1-1 after half an hour but with Callum McGregor sent off for Celtic for a second yellow in the build up to Roofe's opener, the Hoops faced a mountain to climb.

Ibrox boss Steven Gerrard handed a Glasgow Derby debut to January signing Jack Simpson and a rare start of late to Roofe who repaid his manager's faith in him.

John Kennedy welcomed James Forrest back into the Celtic team after his latest injury woe and opted for Edouard over Leigh Griffiths up top.

Rangers had a massive chance on ten minutes when James Tavernier swung a terrific ball into the box for Morelos at the back post but he completely miscued his effort.

The Hoops hit the bar just before Roofe scored when Mohamed Elyounoussi struck from distance only for Allan McGregor to tip it onto the woodwork.

Then came the goal and credit must also go to Nick Walsh – himself an Old Firm debutant – who played advantage after Celtic's McGregor lunged in late on Glen Kamara in the build-up.

Walsh waved play on as the ball made its way to Joe Aribo whose cross looked to be a half a yard behind Roofe – but the forward had other ideas.

He twisted his body and diverted the ball into the net via his chest to put Gers up after 24 minutes. 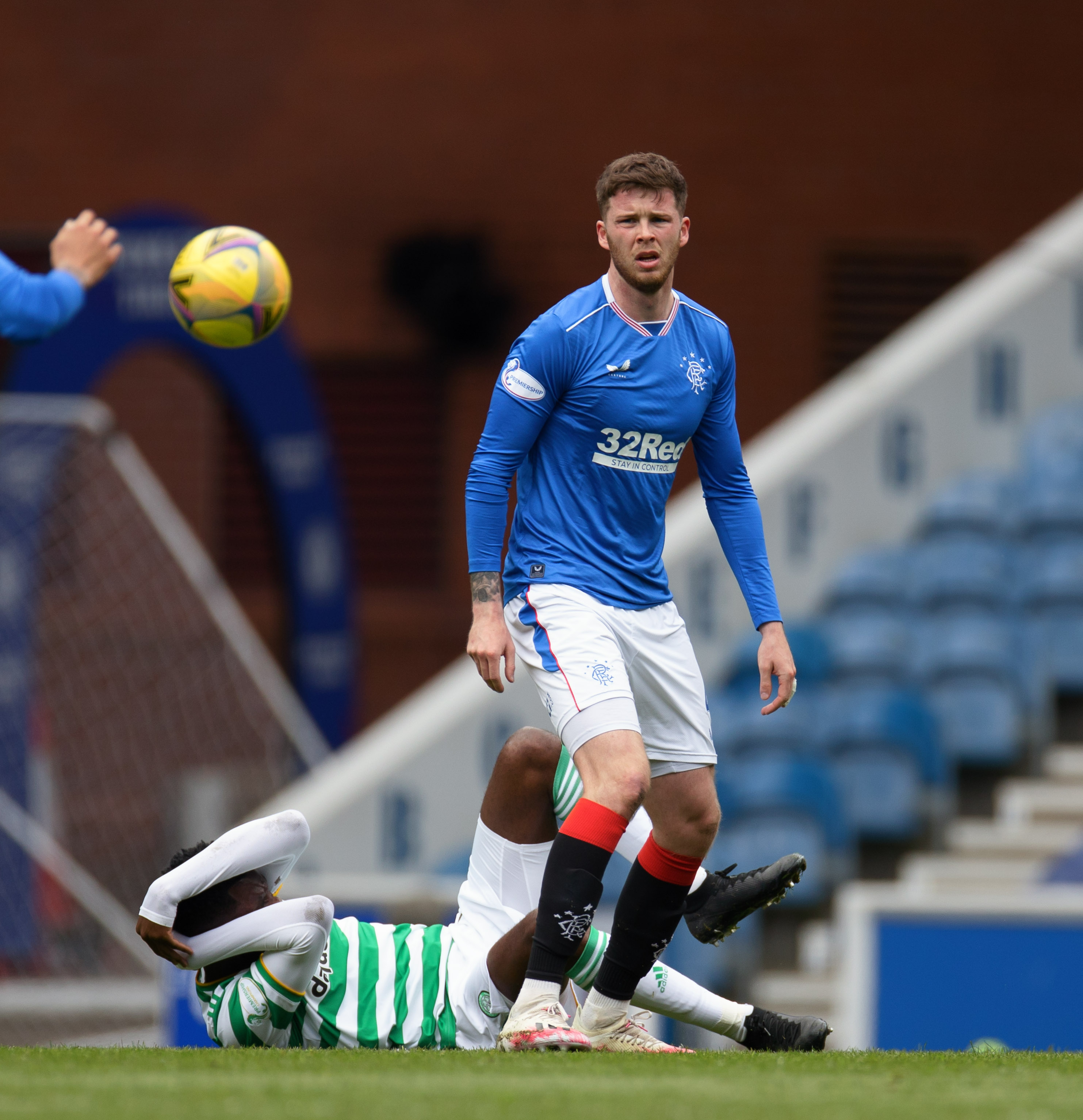 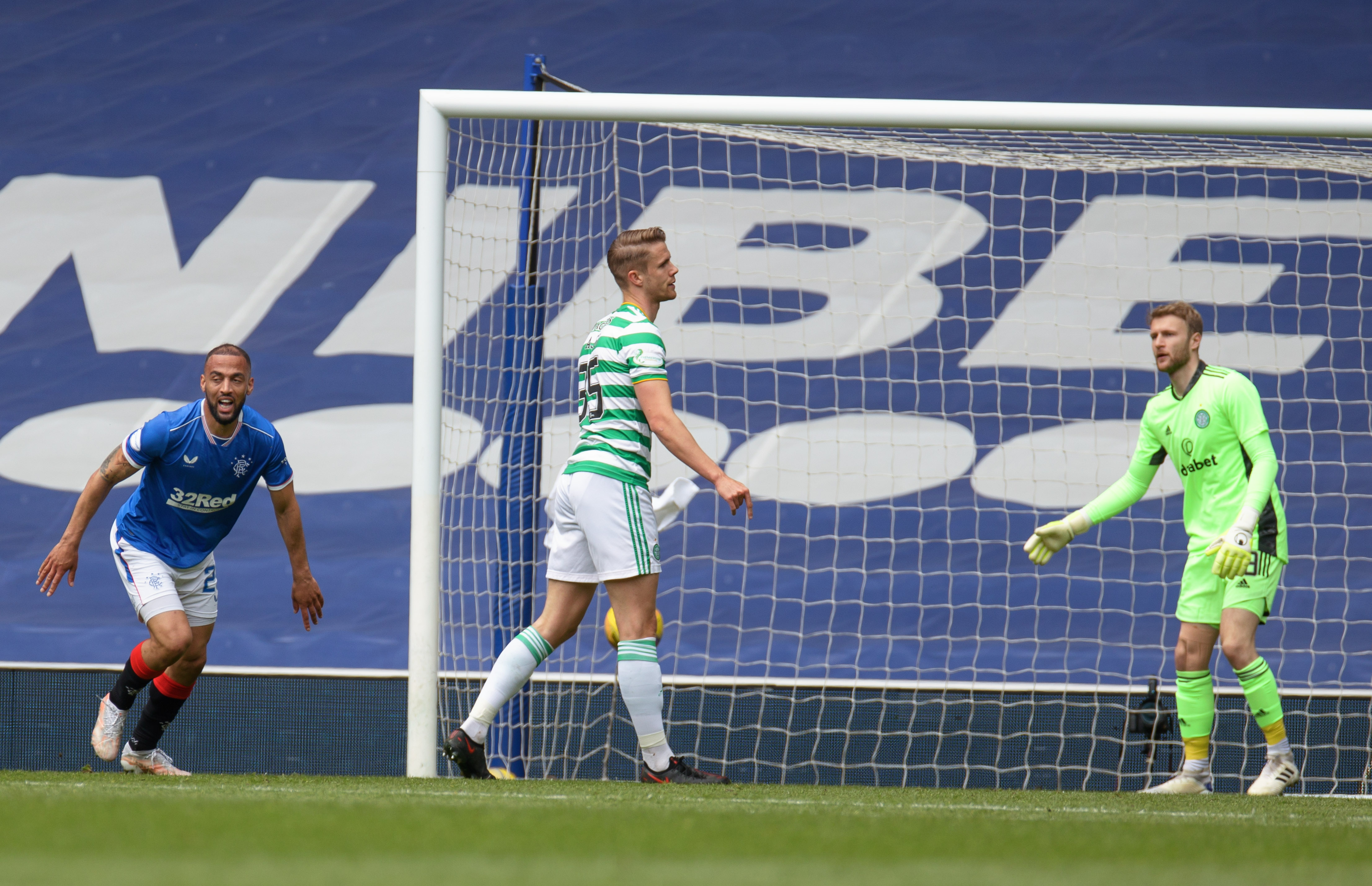 Walsh then went back to hand midfielder McGregor's his marching orders.

If Roofe's finish was all ingenuity, Edouard's equaliser was all instinct.

The French frontman was alert to steer the ball home via Kris Ajer's knockdown from a Ryan Christie corner not even five minutes after Celts went behind.

The Light Blues had two big chances moments later, first through Roofe who had a low shot saved by Scott Bain before Aribo was also denied by the keeper at the near post.

But it was third time lucky for the Ibrox side because with their very next attack Morelos rifled a tremendous strike into the top corner – nutmegging skipper Brown in the process.

Picking the ball up on the edge of the box he jinked inside the Celtic captain before sending a stunning shot past Bain and high into the net.

Forrest had a brilliant chance to level affairs five minutes before half-time when Ajer slipped him through in space inside the box but he dragged his shot along the ground and it deflected away for a corner that Rangers then dealt with.

After a cagey opening ten minutes to the second half David Turnbull darted in between the Rangers centre-backs to attempt a diving header at goal from close range but he could only manage a faint touch and it posed keeper McGregor no danger.

That all but put the game out of the reach of the Hoops, a man down and two goals worse off with over half an hour on the clock.

But Rangers will be sweating over the fitness of Barisic who limped off under severe duress after 75 minutes.

Jermain Defoe came on as a late sub and scored a classy finish to round off a rampant day for Rangers.