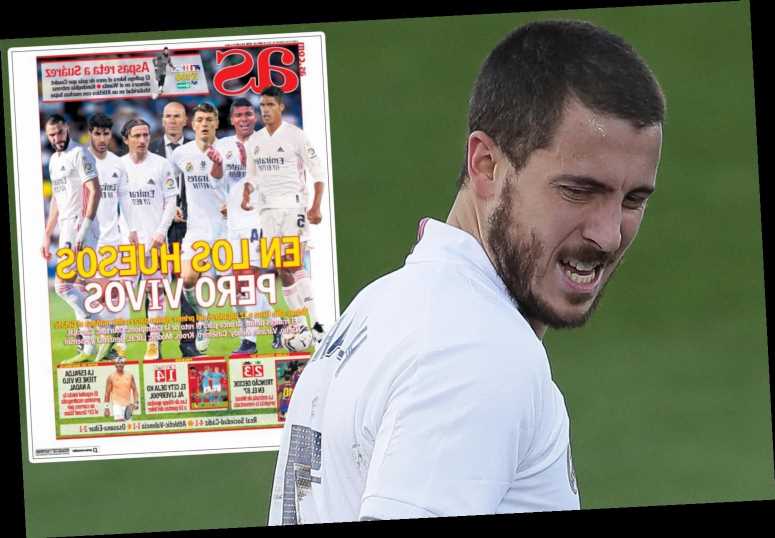 Los Blancos take on their league rivals on Tuesday desperate to keep in touch with neighbours Atletico at the top. 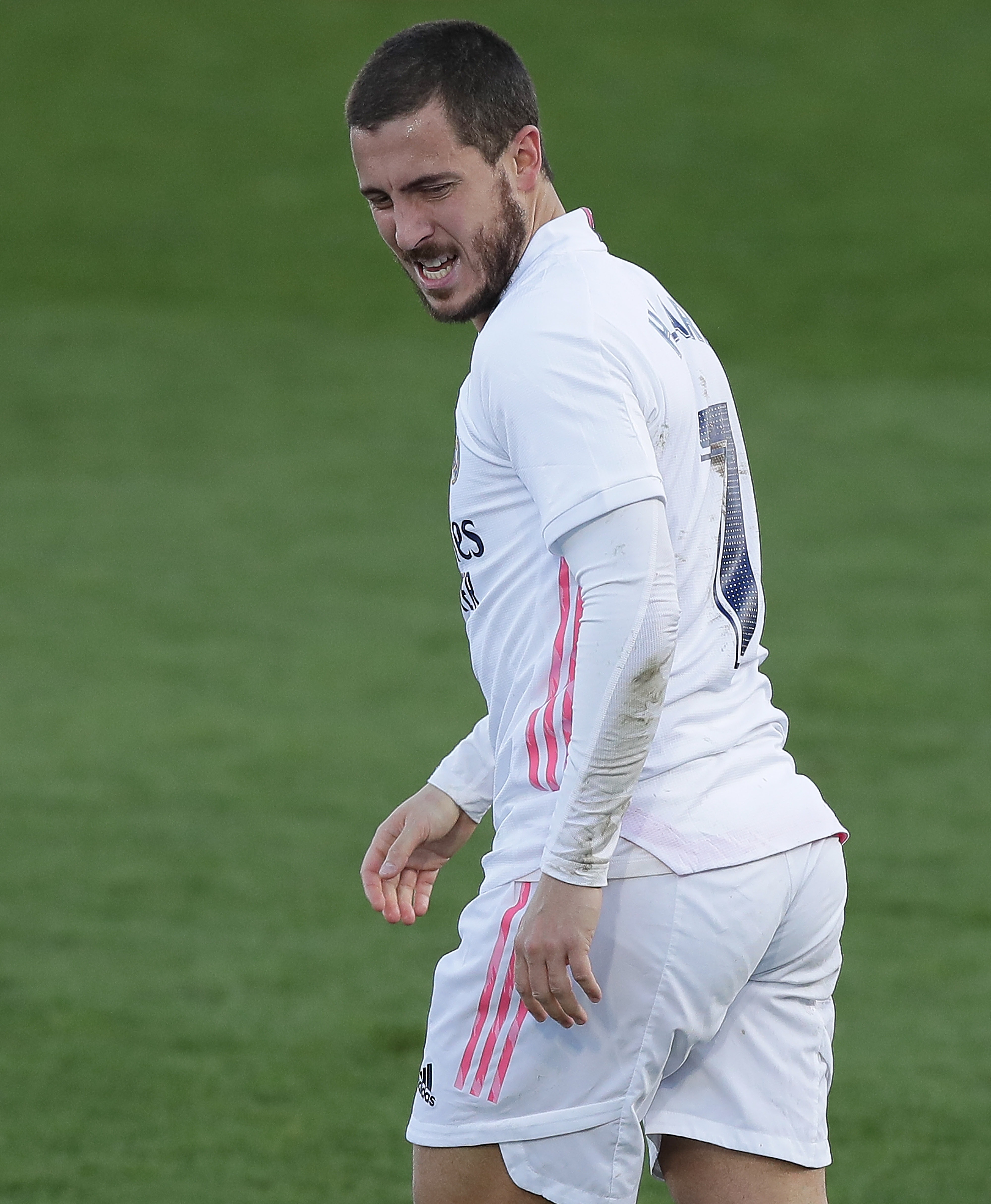 But AS write how they have just 12 fit senior stars with their side decimated by injuries.

Eden Hazard is back on the sidelines for 'two or three weeks' while captain Sergio Ramos could be out for two months following surgery on his left knee.

Other players ruled out include Dani Carvajal, Lucas Vazquez and Rodrygo.

Eder Militao and Alvaro Odriozola were also forced off in the win over Huesca on Saturday and are almost certain to miss out.

And midfielder Toni Kroos is out with suspension after picking up his fifth yellow card of the campaign.

It means they have just 12 first team players available including two goalkeepers in Thibaut Courtois and Andriy Lunin.

Zidane is likely to call on his youth prospects to play their part including midfielder Antonio Blanco and Marvin who have been handed first-team experience this season. 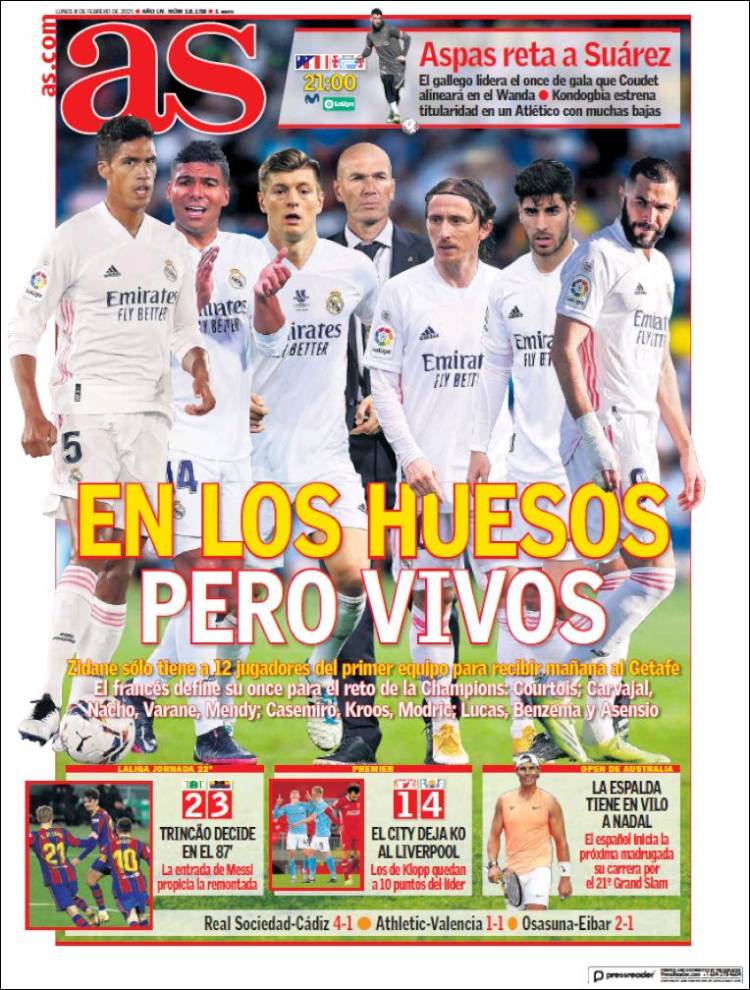 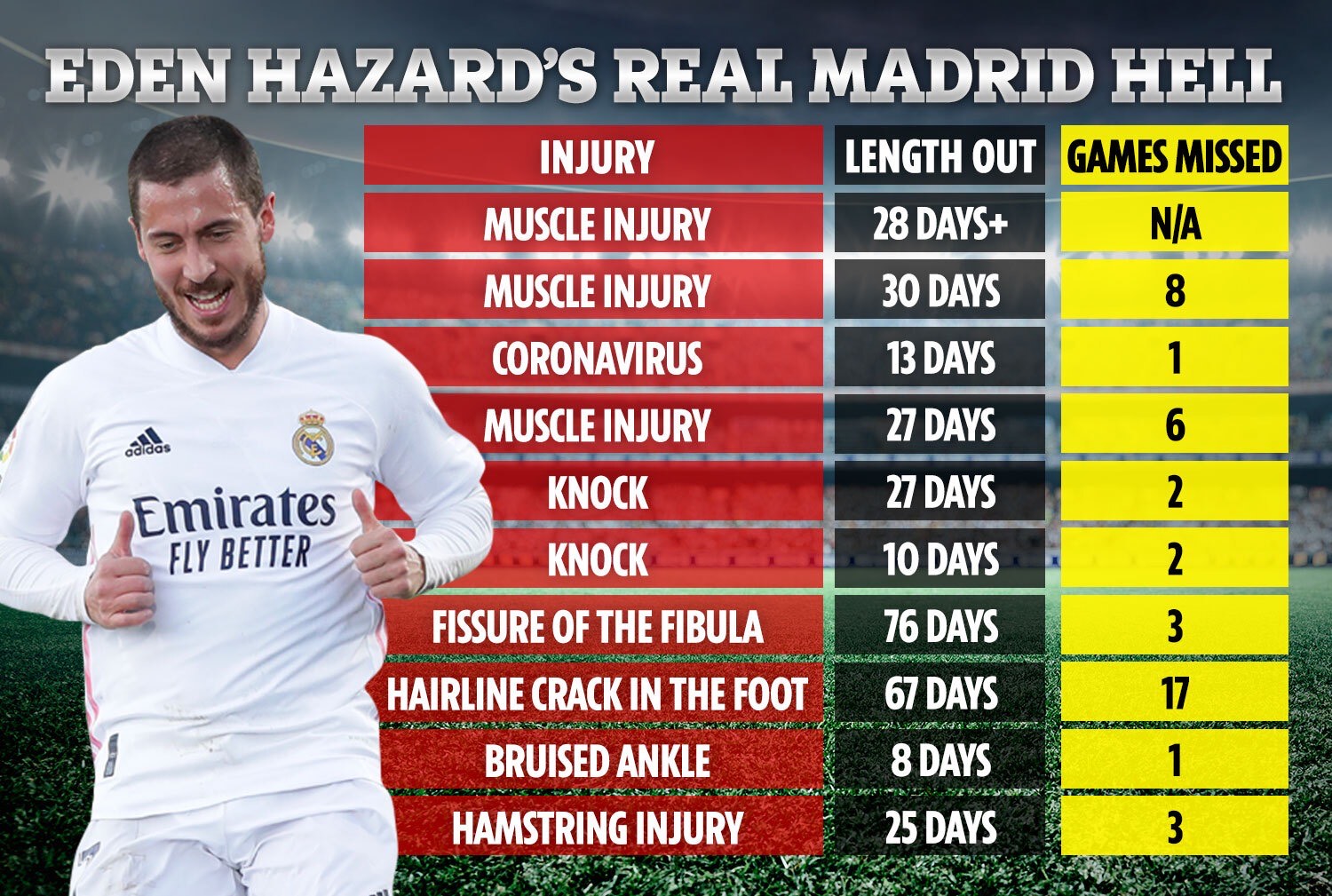 Hazard's new set-back is just the latest in a long-list of injuries since he moved to the Bernabeu for an initial £88million in 2019.

According to the Daily Mail, he has spent a whopping 44 out of 79 games on the treatment table and has not completed 90 minutes in a game since November 2019.

Real Madrid are currently third in the title-race, level on points with Barcelona but seven behind rivals Atletico.