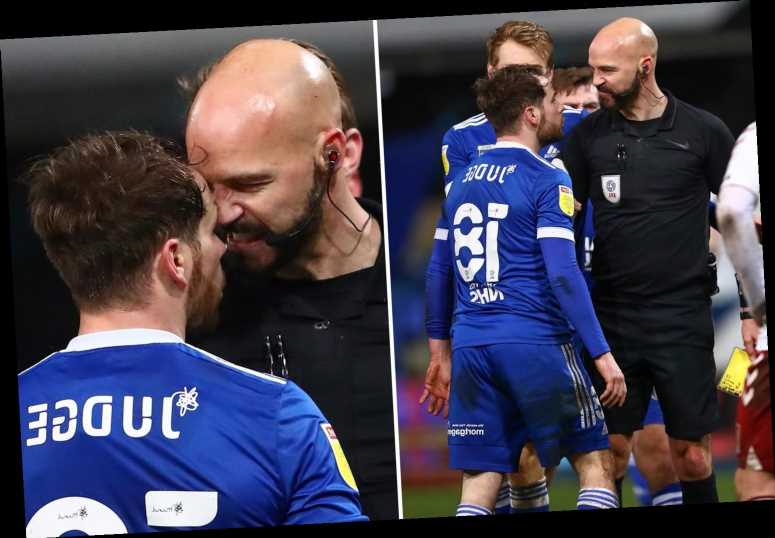 REFEREE Darren Drysdale has apologised for his 'unprofessional manner' after he SQUARED UP to Ipswich Town star Alan Judge.

The shocking incident happened after Judge was booked for diving inside the area on 90 minutes in his team's clash against Northampton. 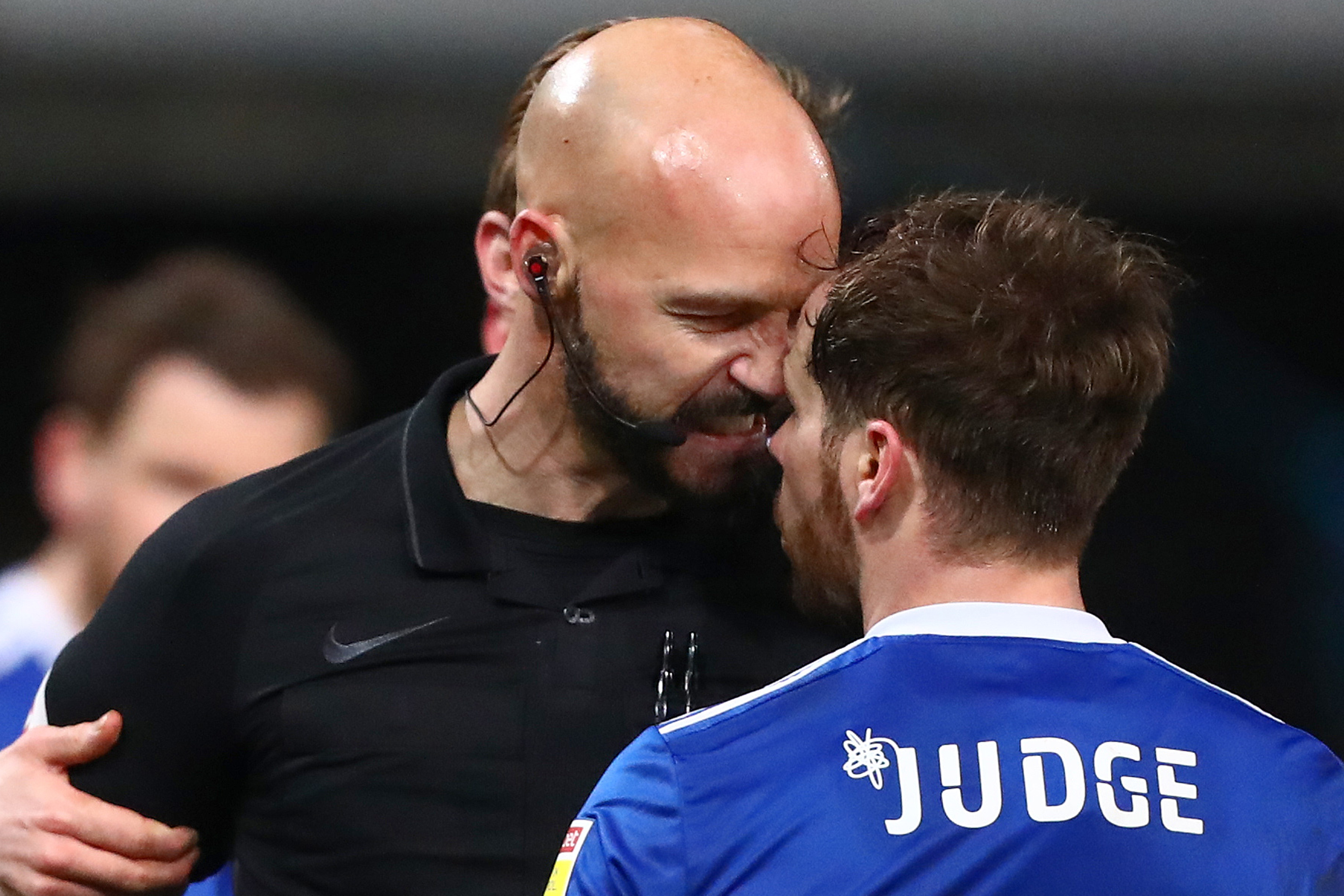 The Tractor Boys midfielder protested strongly, pointing at Drysdale – prompting him to push his HEAD into Judge’s face.

Ipswich aces were forced to separate the heated fracas and hold the 49-year-old referee back.

Now in a statement released by the PGMOL, who represent the referees, Drysdale has issued a grovelling apology.

He said: "I fully understand that it is important to maintain our composure throughout the game and always engage with players in a professional manner.

"I'm sorry that I did not do that last night and I can only apologise to Alan and Ipswich Town."

The FA have also confirmed they are investigating the incident.

Former Premier League ref Mark Halsey told SunSport that the men in the middle 'should NEVER put themselves in that position.'

He added: "I'm sure the PGMOL will conduct an investigation into what happened and it will be interesting to see if Ipswich now make a complaint to the EFL" 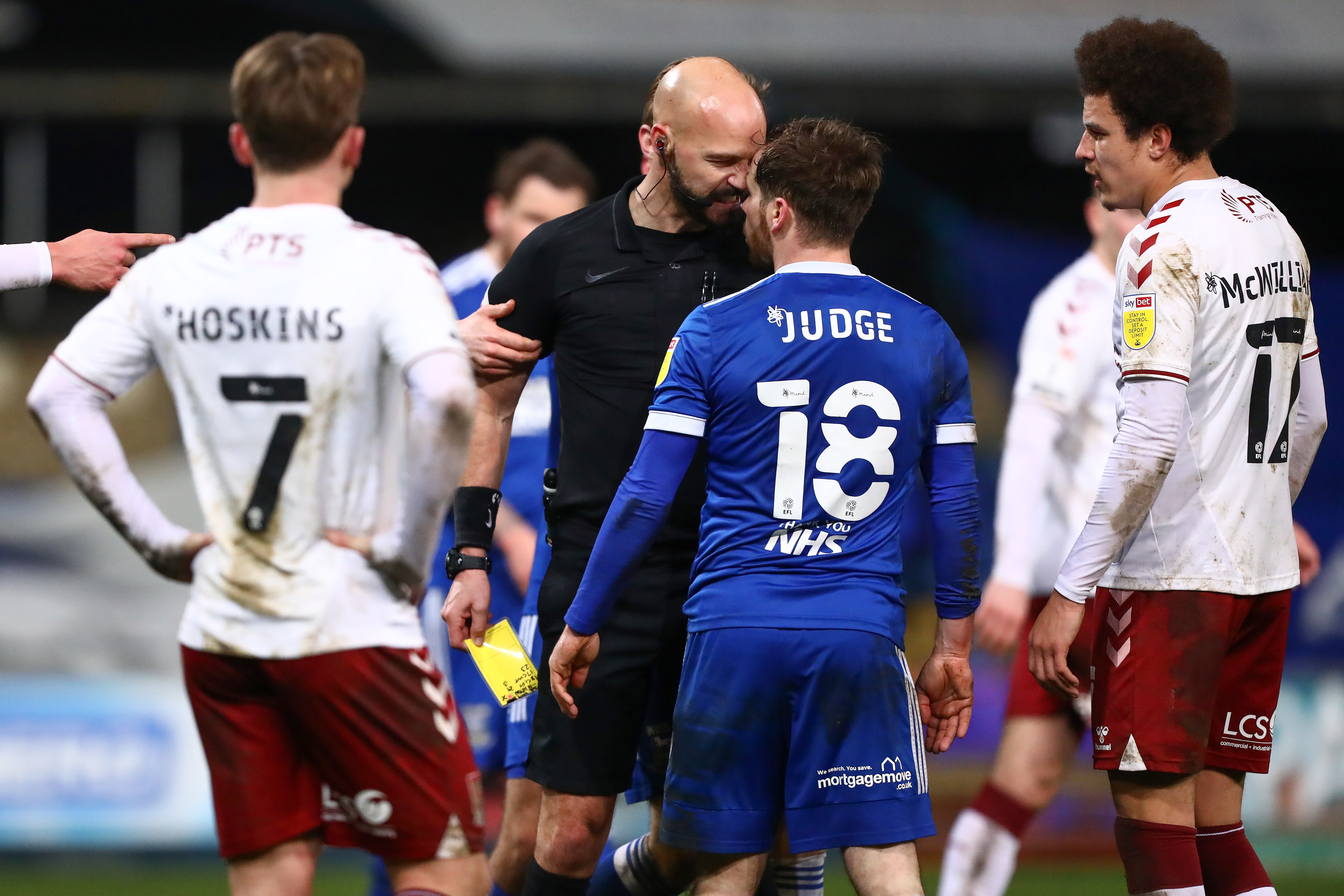 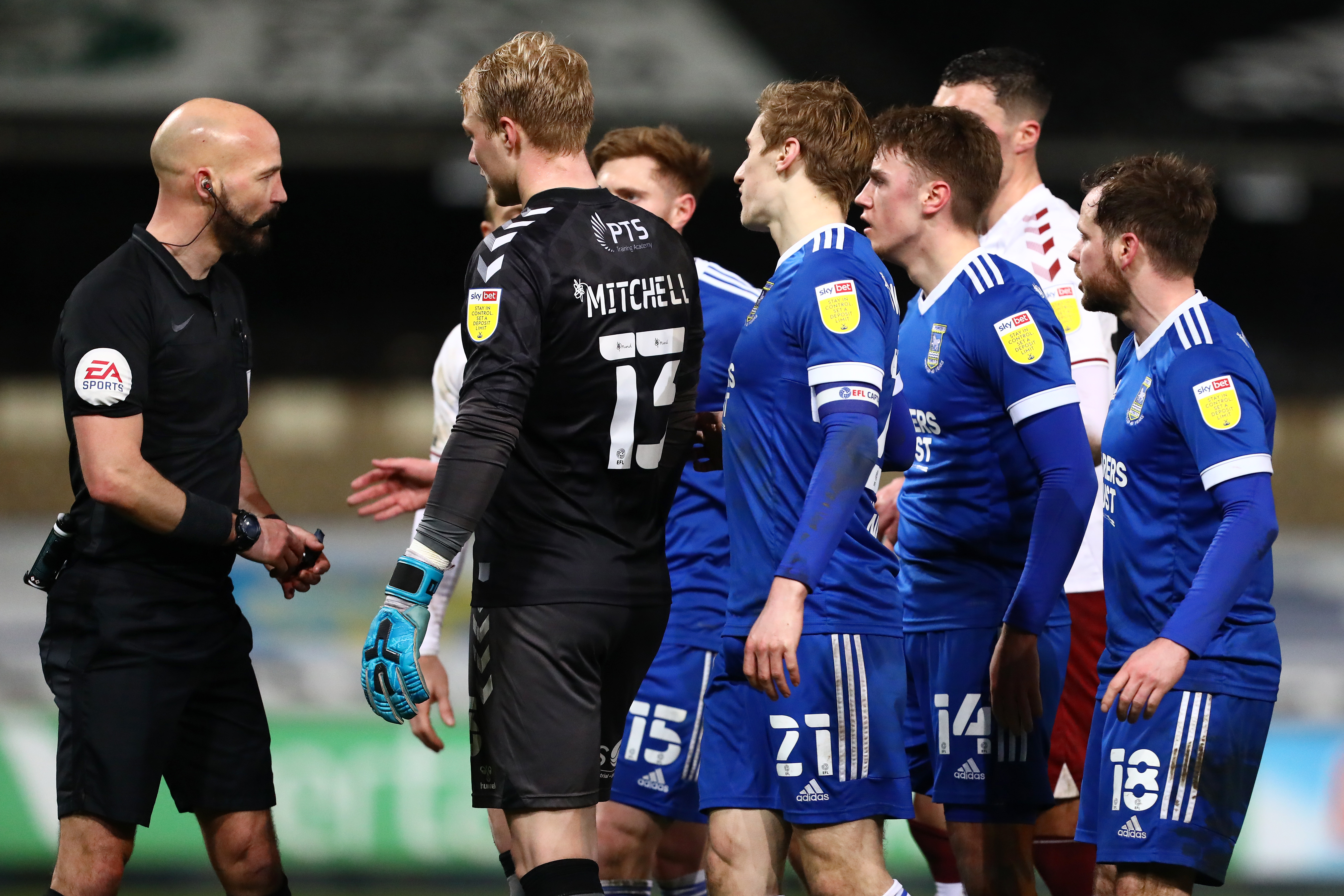 Moments after the melee it went from bad to worse for the home side when skipper Flynn Downes was sent packing for two swift bookings in the same incident.

The first was for a midfield tangle and then for dissent in the aftermath.

It could have been more embarrassing for the hosts if the Cobblers, who were on top throughout, had taken one of their chances.

Thomas Holy’s heroics came in a one-sided first half as he denied both Jack Sowerby and Peter Kioso.

Mark Marshall also dragged an effort wide for the visitors and it took the home side almost 80 minutes to muster an effort on target.

The clash finished goalless which will do little to appease the disgruntled Ipswich supporters.

Furious fans set a fire outside the training ground during a protest calling for manager Paul Lambert to be sacked.

Ipswich are currently 11th in League One, four points off the play-offs.

Rarest 10p coins in circulation including alphabet coin worth up to 175 times more than face value
We and our partners use cookies on this site to improve our service, perform analytics, personalize advertising, measure advertising performance, and remember website preferences.Ok