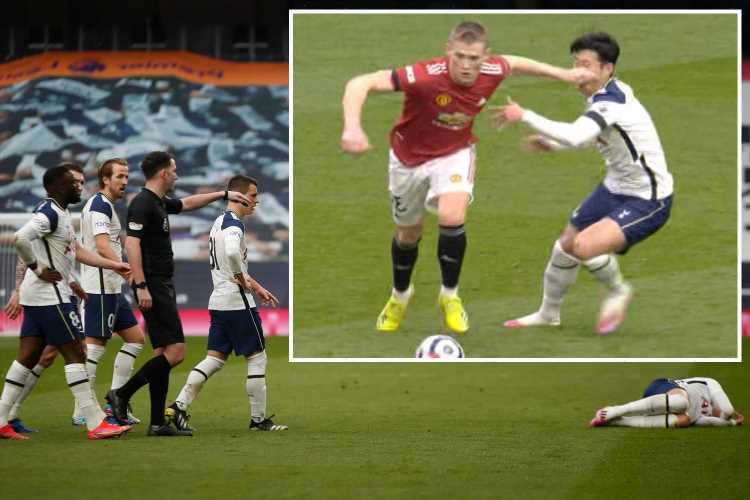 MANCHESTER UNITED were left fuming after Edinson Cavani's goal against Spurs was controversially ruled out by VAR.

And as ref chiefs revealed why the strike was disallowed, pundit, and Old Trafford legend, Roy Keane blasted: "If this is a foul, we should all go home." 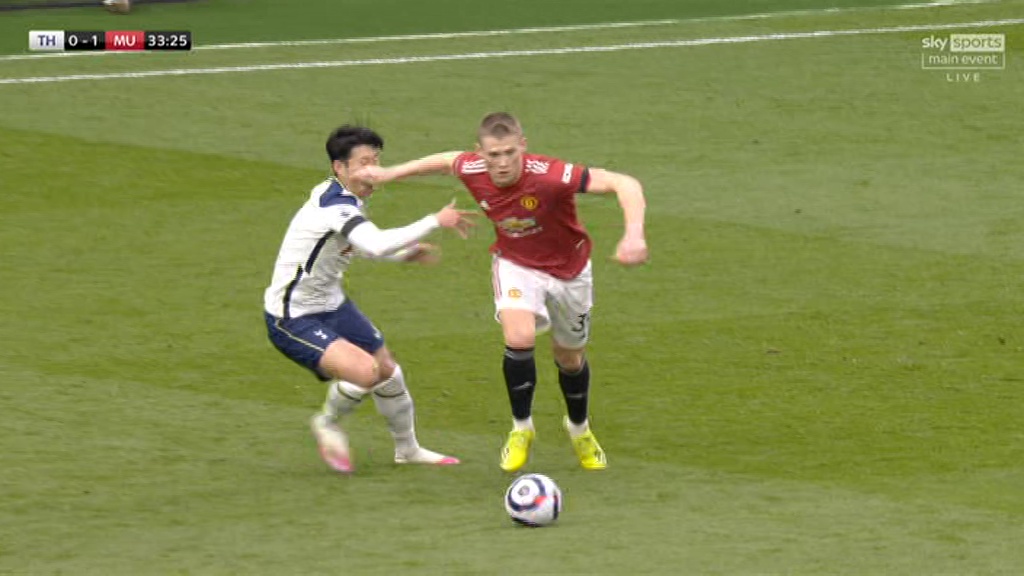 Cavani untimately hit the winner as United came from behind to beat old boss Jose Mourinho 3-1 in North London, with Fred and Mason Greenwood also on target.

But the Uruguayan thought he had opened the scoring for the Red Devils in the first half when he latched on to a fine pass from Paul Pogba.

However, as he wheeled away to celebrate, Tottenham players passionately protested, with star winger Son Heung-Min lay on the ground following a collision with McTominay in the build-up.

VAR decided to intervene and replays showed McTominay had made slight contact with Son’s face as he darted away from the Spurs man with the ball at his feet.

Minuted passed by as VAR Craig Pawson tried to make a decision.

Instead, responsibility was handed to referee Chris Kavanagh, who jogged over to the touchline monitor to review the incident himself.

He needed just a few looks before returning to the field and blowing his whistle to disallow the goal.

However, even though McTominay was already on a yellow card, he was not shown a second.

A statement from the PGMOL (Professional Game Match Officials Board) at half-time revealed United's goal was ruled out due to the Scot's 'unnatural movement'. 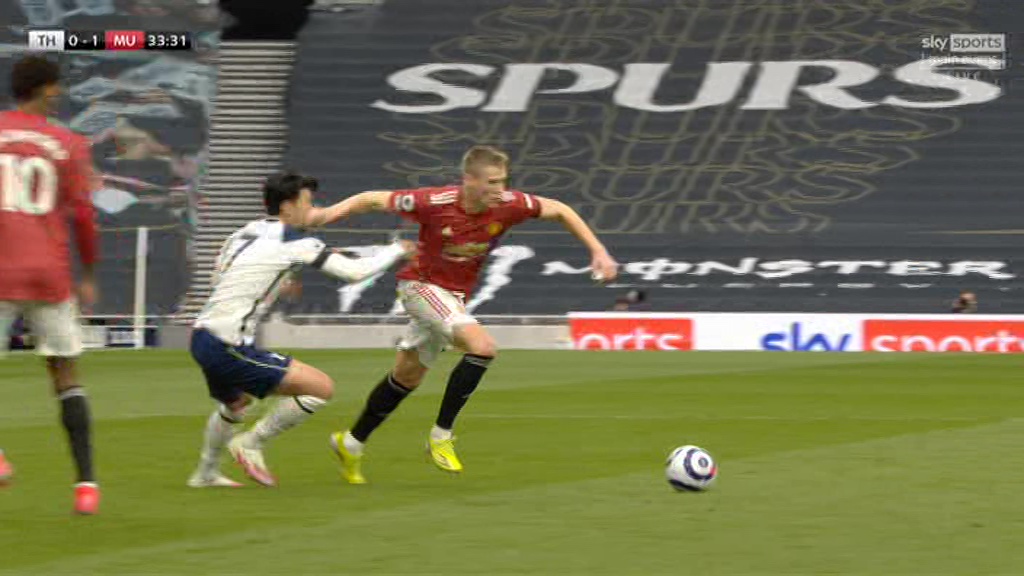 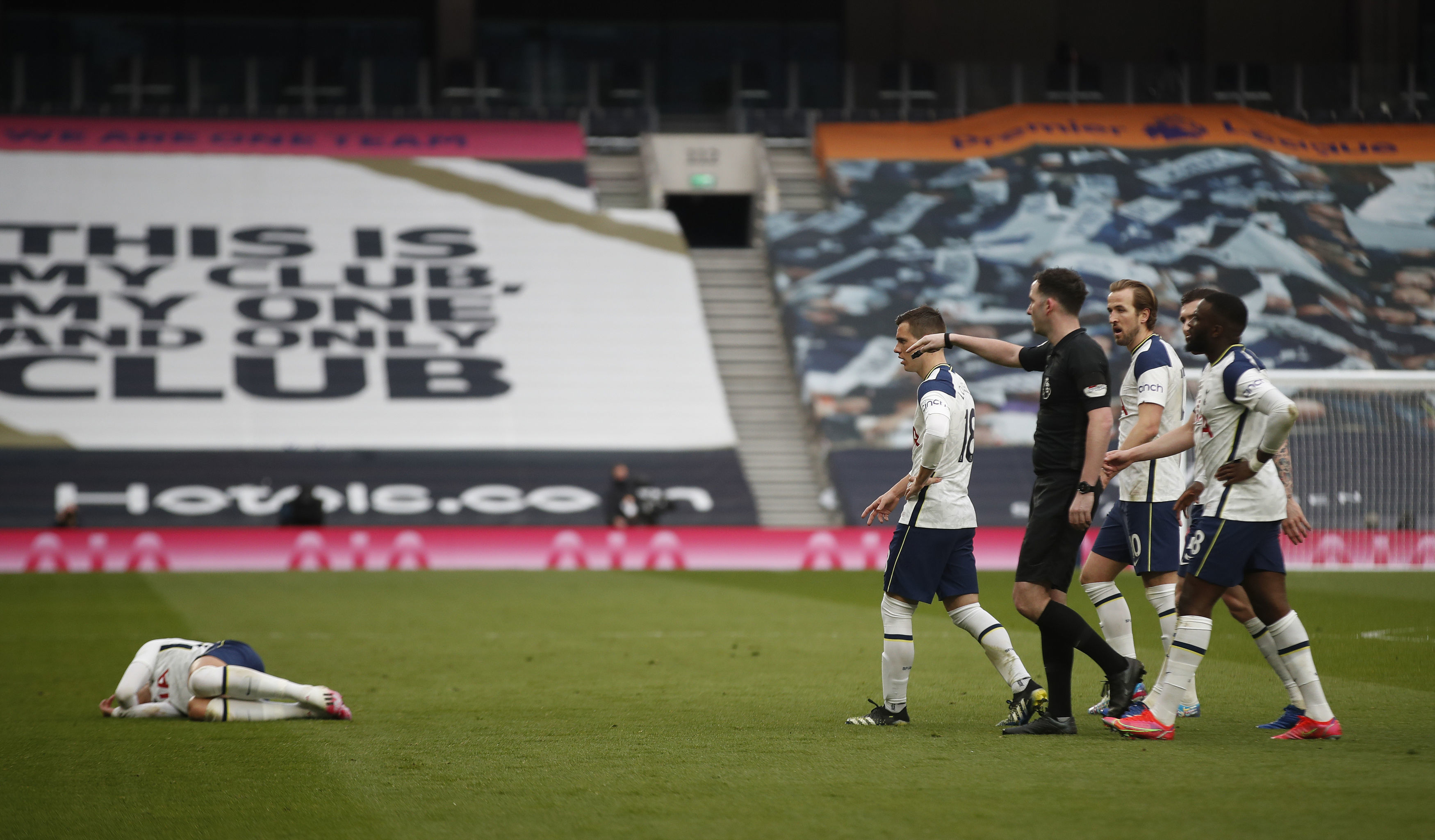 It read: "It wasn't part of Scott McTominay's natural running movement. It was careless."

United were left in disbelief at the decision and made their feelings known.

But it had no effect as play resumed, and just five minutes later the Red Devils were in an even fouler mood.

That’s because Son, the victim of McTominay’s stray hand, ran in at the far post to tap home from a Lucas Moura cross to put Spurs 1-0 up.

The entire situation left many baffled, with Sky Sports' trio of studio pundits struggling to unravel the thought process behind the decisions.

Roy Keane said: "I'm amazed really. If this is a foul, we should all go home – it's really bizarre.

“For a player like Son just to roll around like that, it's embarrassing. It's great movement by Cavani and that can't be a foul.

“The referee's under huge pressure but clearly I think he's got this one wrong."

Micah Richard claimed: "That was embarrassing. This is not football any more, this is spoiling our game.

“I can't recognise the game any more. It's an absolutely ridiculous decision.

“VAR has put doubt in the referee's mind by telling him go and look at that, and the players didn't help by surrounding him which is unacceptable, but that was never a foul.”

Jamie Redknapp added: "Son tries to grab him and he puts his arm out to try to touch him, and that's what you do in football. It's never a foul. Ridiculous."