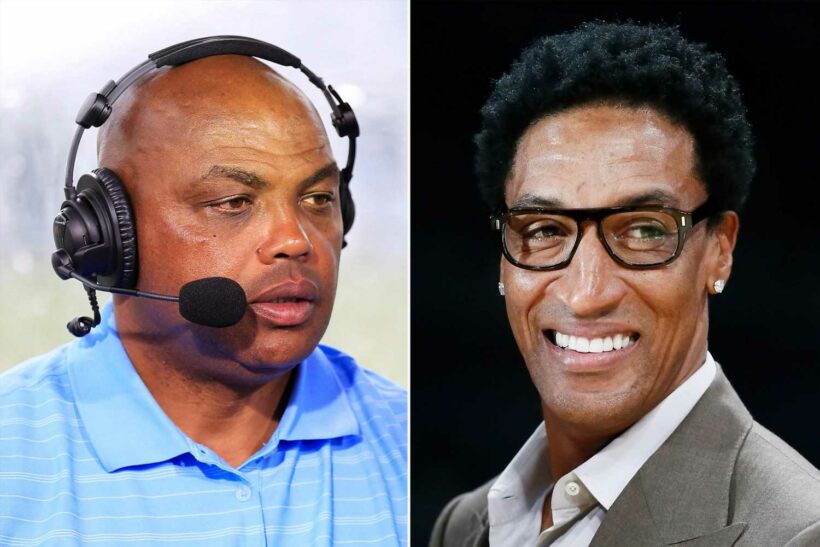 Kevin Durant fires back at NBA legend over critique

Kevin Durant ‘still has some learning to do’ after playoff exit: Scottie Pippen

Not even 22 years could erase Scottie Pippen’s disdain for Charles Barkley.

The two never saw eye-to-eye while teammates for one season in Houston in 1999, and in a new interview with GQ, Pippen went back in time to hit Barkley with a new round of insults.

“I’ll tell you what: He only got arrested for throwing some little white guys out of a window. I ain’t never seen him fight a Black man unless there were referees around,” Pippen told the magazine.

“He plays his role like he’s tough. I don’t know nobody he done whooped. Go back and check his record. Did I apologize to him? I told him to get me the hell out of there. That’s what I recall.”

Following a historic run with Michael Jordan and the Bulls, Pippen joined Barkley and Hakeem Olajuwon with the Rockets in 1999.

In Pippen’s first year with the team, the Rockets were eliminated in the first round of the playoffs by the Lakers — something he wasn’t accustomed to after winning six rings in Chicago. So, Pippen decided he wanted out of Houston. The Rockets granted his wish and traded him to Portland, where he’d spend the next four seasons.

Barkley and Pippen’s war of words began when Barkley said Pippen owed him an apology for leaving the Rockets after a single season.

Pippen hit back calling Barkley “selfish,” and said he “wouldn’t give Charles Barkley an apology at gunpoint.” Instead, Pippen said Barkley “owes me an apology for coming to play with his sorry fat butt.”

Barkley reacted to Pippen’s comment, joking at the time, “As you know, I always carry a gun with me, so there’s a chance. If I get arrested for murder, then you know he didn’t apologize.” Hence, Pippen’s recent comments, calling Barkley out for being a fake tough guy.

Barkley has yet to address Pippen’s comments.

Following the Thursday release of his bombshell interview — in which Pippen shades former Bulls teammate Michael Jordan, among others — Pippen seemed unbothered by his bold comments.

He tweeted a smiling emoji with sunglasses, and continues to promote his forthcoming memoir, “UNGUARDED.” The new book is set for release in November.