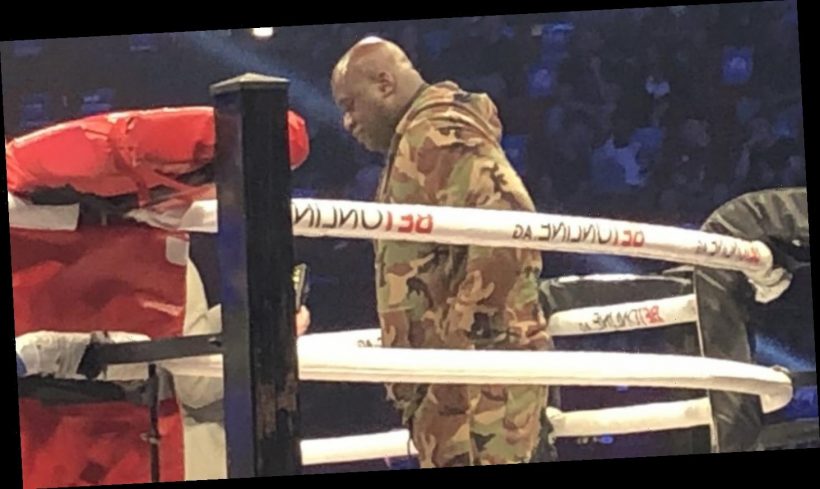 LAKELAND, Fla. — Shaquille O’Neal was more than a casual spectator at the Bare Knuckle Fighting Championship (BKFC) event Friday night. He is an unabashed fan of the sport and told USA TODAY Sports that he plans to invest in it.

O’Neal said he most likely will invest in BKFC, the bareknuckle organization founded in 2018 by Dave Feldman. Feldman said completing the deal with O’Neal is a mostly a matter of “dotting the i’s and crossing t’s.’’

“Now we’ve got one of the most sought-after sports figures in the entire world,’’ Feldman said. “Who doesn’t know Shaq? And now he’s going to be part of this company and it’s going to make a lot for people want to be part of the company.’’

O’Neal’s association no longer will surprise after “KnuckleMania,’’ a pay-per-view event held less than 40 miles from Raymond James Stadium, site of Super Bowl 55. After the second-to-last fight, O’Neal climbed into the ring and presented the bantamweight championship belt to Dat Nguyen, who beat Johnny Bedford for the title.

O’Neal, who was wearing camouflage, said he discovered the sport through a friend and attended his first BKFC event on Dec. 11 in Biloxi, Mississippi.

“And it was a great event,’’ O’Neal said, adding, “Because they don’t want to use the gloves, they’re fighting like a fight should be had.’’

The BKFC event Friday was held at RP Funding Center, home to the Orlando Magic's affiliate in the NBA G League. It featured Paige VanZant, the former UFC fighter who was making her bareknuckle debut.

She lost her bout to Britain Hart by a unanimous decision.