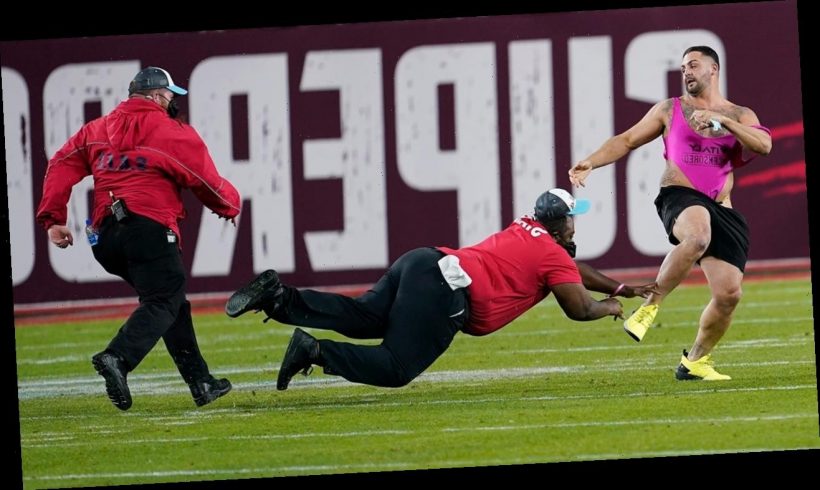 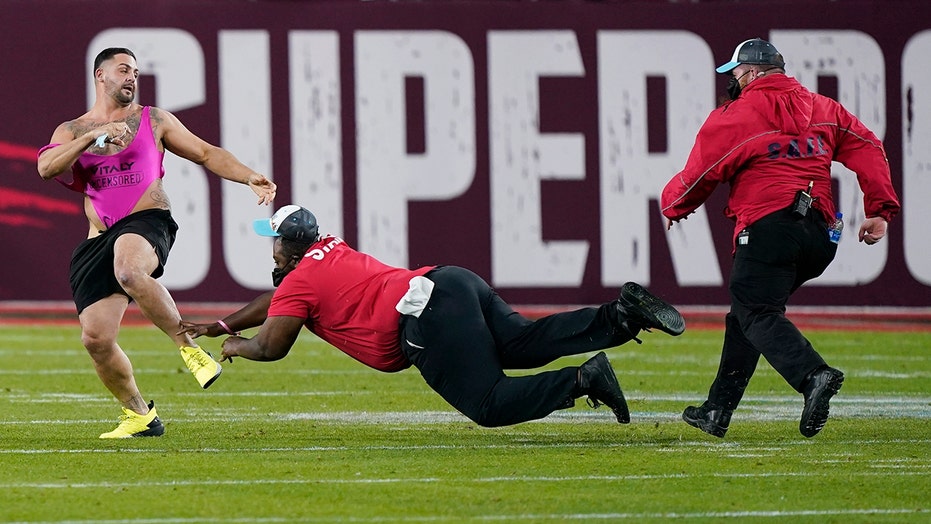 Kevin Harlan may have had the call of the night during Super Bowl LV.

Toward the end of the Tampa Bay Buccaneers’ domination of the Kansas City Chiefs on Sunday, a fan ran onto the field and briefly disrupted the game. The fan appeared to be wearing a pink outfit with the words Vitaly Uncensored written across it.

Harlan, who was on Westwood One, called the incident as if the fan was running for a touchdown, breaking security guards’ tackles along the way. The man slid at the one and was met by about six guards when he went down.

“Some guy has run onto the field. Some guy with a bra,” Harlan said. “Now, he’s not being chased. He’s running down the middle to the 40. Arms in the air and a victory salute. He’s pulling down his pants! Pull up your pants my man! Pull up those pants.”

After the guards tackled the intruder: “Pull up the pants, take off the bra and be a man!”

For what it’s worth, the man appeared to be wearing a one-piece swimsuit of some kind.

Vitaly Uncensored was the same company that sponsored Kinsey Wolanski’s intrusion during a Champions League match back in June 2019.

The Buccaneers won, 31-9, but many believed Harlan’s call was the most lively thing that happened at Raymond James Stadium.