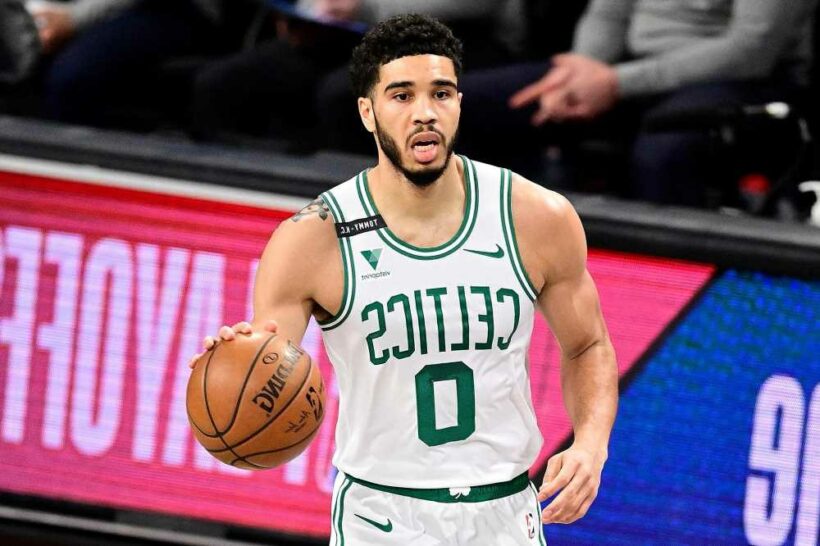 Star brings Celtics back to life with 50-point masterpiece

Nets can’t give Celtics any more reason to believe

A miserable night for Celtics star

That’s a boatload of money lost.

Celtics All-Star Jayson Tatum could’ve been $33 million richer if he made one of three 2020-21 All-NBA teams, which were announced Tuesday. An All-NBA selection is part of some player’s contractual bonus.

Tatum, who made All-NBA Third Team last season, was left off this year’s list because he was eligible at both guard and forward in voting.

As a result, he was considered a forward in All-NBA voting after he received more votes at the position (69).

Clippers forward Paul George received more votes than Tatum at forward (89), and therefore took the last forward slot — rather than the guard spot that went to Nets point guard Kyrie Irving, whom Tatum had more votes than (61).

The 23-year-old Tatum is coming off a career season, finishing the year with 26.4 points, 7.4 rebounds and 4.3 assists per game.

He is one of the notable names, alongside Utah’s Donovan Mitchell and Phoenix’s Devin Booker, who were left off the prestigious list.

Both Tatum and Mitchell signed extensions this past offseason, and if they made All-NBA it would’ve equaled out to $196 million over four years. That number is now reduced to an estimated $163 million.

Boston’s short-lived playoff push ended in a front office shake-up that saw Brad Stevens move from head coach to president of basketball operations, replacing the retiring Danny Ainge. The Celtics were eliminated by the Nets in a five-game first-round series.

So far, Boston is reportedly looking to a slew of high-profile assistants around the league as possible candidates for the now-vacant head coaching job. Mike D’Antoni (Nets), Becky Hammon (Spurs), Jason Kidd (Lakers) and Chauncey Billups (Clippers) are all said to be in the running.