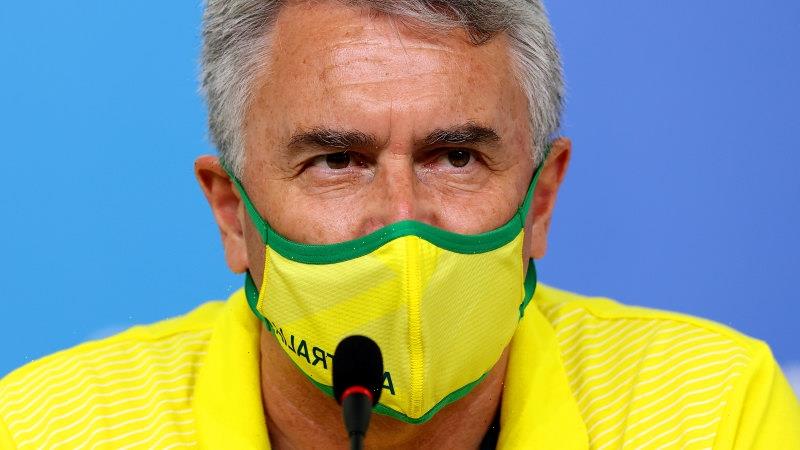 Tokyo: Australia’s chef de mission Ian Chesterman fought back tears as he spoke of the relief of bringing an Australian Olympic team to Tokyo and sending them home safe and healthy after the completion of a challenging and complicated Games.

The super-spreader event many had feared failed to eventuate in the athletes’ village, with no Australians infected during their time in Tokyo and none having to miss events after preparing for five years to compete. 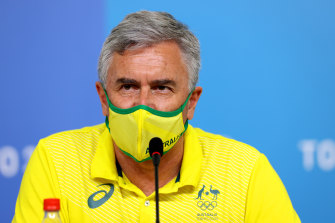 Chesterman said the greater Australian team had been rigorous with health protocols and a year of meticulous planning and risk mitigation, including having almost all athletes vaccinated, had been vital to their successful stay in the Japanese capital.

But the strain was clear as the Olympics veteran spoke to the media on the final day of competition, with Chesterman becoming deeply emotional as he spoke of the burden team officials felt to make sure the athletes could fulfil their dreams at the postponed Games.

“I think it’s a responsibility we all felt along the way. The last 15 months were pretty tough on everybody. All the times they said the Games couldn’t happen, they did,” Chesterman said.

“We had a big obligation to get everyone here safely. Obviously that was not an easy task and the Japanese have done very well, so credit to everybody, but it’s certainly been a big job here done.

“I think when I get emotional, I sort of think about these people going home to their families. It’s a huge relief, it’s a big campaign. It’s just important that we’re able to help them fulfill their dreams here, which we have. And it was important we got them home safely … and we will. And that’s a great campaign.”

What shaped as a regulation wrap-up of Australia’s Olympics quickly became a stark look at the pressure Australian Olympic Committee officials felt to not only safeguard the health of the athletes but be able to give them a platform to perform.

Across the team, they did just that, with Australia equalling the 17 gold medals set in Athens, nine of those being secured in the first week by the most successful swimming team in Australia’s Olympic history.

“People thank me and I say ‘thank you’. It’s been an incredible privilege to be here to witness great achievements. But also to witness the camaraderie and fellowship and that sense of togetherness,” Chesterman said. “But once every four years is definitely enough.”

Chesterman also spoke with compassion about the Japanese hosts, who were locked out of their own Games despite the plaudits flowing in from around the world.

“They are a very proud nation and I think they know that only they could have pulled this Games off. I hope they do, they have done an incredible job,” Chesterman said.

“There were many times when it was easy to pull the pin and sometimes we thought they might pull the pin. That’s the reality. It will go down in history as a remarkable Games, because it provided so many highlights to so many people around the world.

“That is Japan’s contribution to the globe at this time when the world actually needs hope and inspiration.”