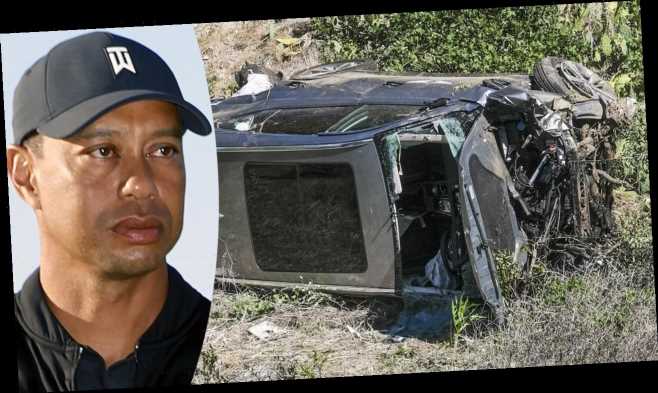 Tiger Woods tweets he is awake, responsive and recovering after rollover car crash

Mahajan said the injuries were treated “during emergency surgery by orthopedic trauma specialists.” Woods suffered “open fractures affecting both the upper and lower portions of the tibia and fibula bones” that had to be stabilized by inserting a rod in his tibia.

He added that additional bone injuries to his foot and ankle were “stabilized with a combination of screws and pins. Trauma to the muscle and soft-tissue of the leg required surgical release of the covering of the muscles to relieve pressure due to swelling.” 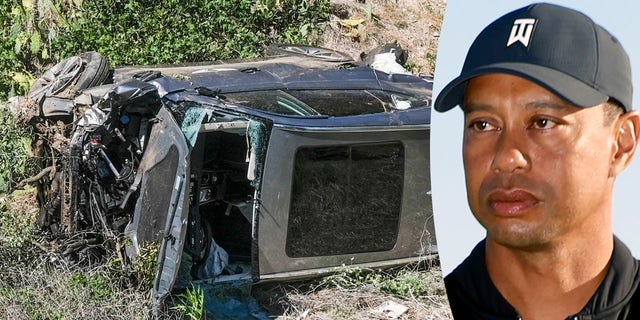 A vehicle rests on its side after a rollover accident involving golfer Tiger Woods along a road in the Rancho Palos Verdes suburb of Los Angeles on Tuesday, Feb. 23, 2021. Woods suffered leg injuries in the one-car accident and was undergoing surgery, authorities and his manager said. (AP Photo/Ringo H.W. Chiu)
(AP)

Dr. William Stetson, team surgeon for USA men’s and women’s volleyball who is not treating Woods, told KABC-TV in Los Angeles Woods’ recovery will likely be a slow process.

“Typically with injuries like that, patients are not allowed to bear any weight on it for the first four to six weeks,” he said. “You probably won’t be able to put a full amount of weight on it until maybe three months after the surgery.”

And he said it would likely be between nine months to a year “for or any sort of decent recovery from an injury like that.”

He added that infection is a primary concern because Woods had an “open” fracture, meaning the bone broke through the skin, and the golfer will probably have to undergo additional surgeries in the next few months to stave it off.

TIGER WOODS WAS UNAWARE OF ‘HOW GRAVELY HE WAS INJURED’ IMMEDIATELY AFTER WRECK, DEPUTY SAYS

Orthopedic surgeon Dr. Kenneth Jung, of the Kerlan-Jobe Institute and isn’t involved in Woods treatment, told the Los Angeles Times injuries to the right foot are common in crashes like Woods’ because the driver is attempting to brake with the right foot while the left is off to the side.

He said if Woods injured his Lisfranc joint complex in the middle of the foot, which is common in car accidents, it could lead to arthritis.

“That would raise concern in my mind not just with golf but going forward in life,” he told the Times. “That would manifest as pain and stiffness in the joints of the foot.”

Dr. Gregory Tennant, another orthopedic surgeon at Kaiser Permanente, agreed Woods likely wouldn’t be “up and walking around for a while” especially since he recently underwent back surgery before the crash.

“Trauma is never truly an isolated event,” Tennant said. “It is not uncommon to identify injuries — even significant injuries — days later, as the initial high-energy injuries are dealt with.”

Stetson said he has seen other elite athletes compete again after severe injuries and he wouldn’t count Woods out.

“He just has a long, long, long road ahead of him and so I would just ask everybody be patient with him and say some prayers for him,” he told KABC. “We want him to get back to his great game of golf and a great life.”