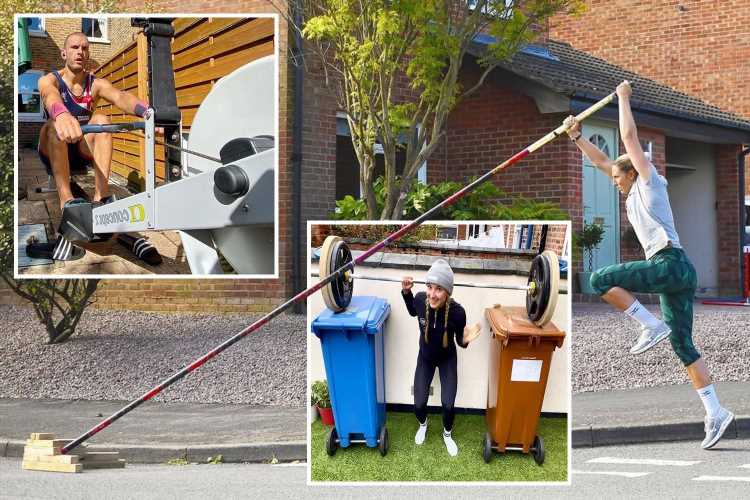 MANY athletes have had to overcome extraordinary challenges over the past 16 months just to get to the start line in Tokyo.

With gyms, sports centres, swimming pools and other venues closed, and many confined to their homes and unable to see their coaches, they have resorted to a number of ingenious schemes to keep on track. 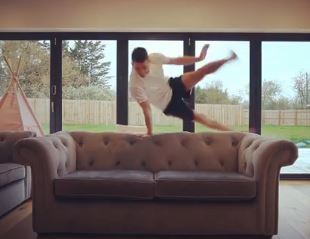 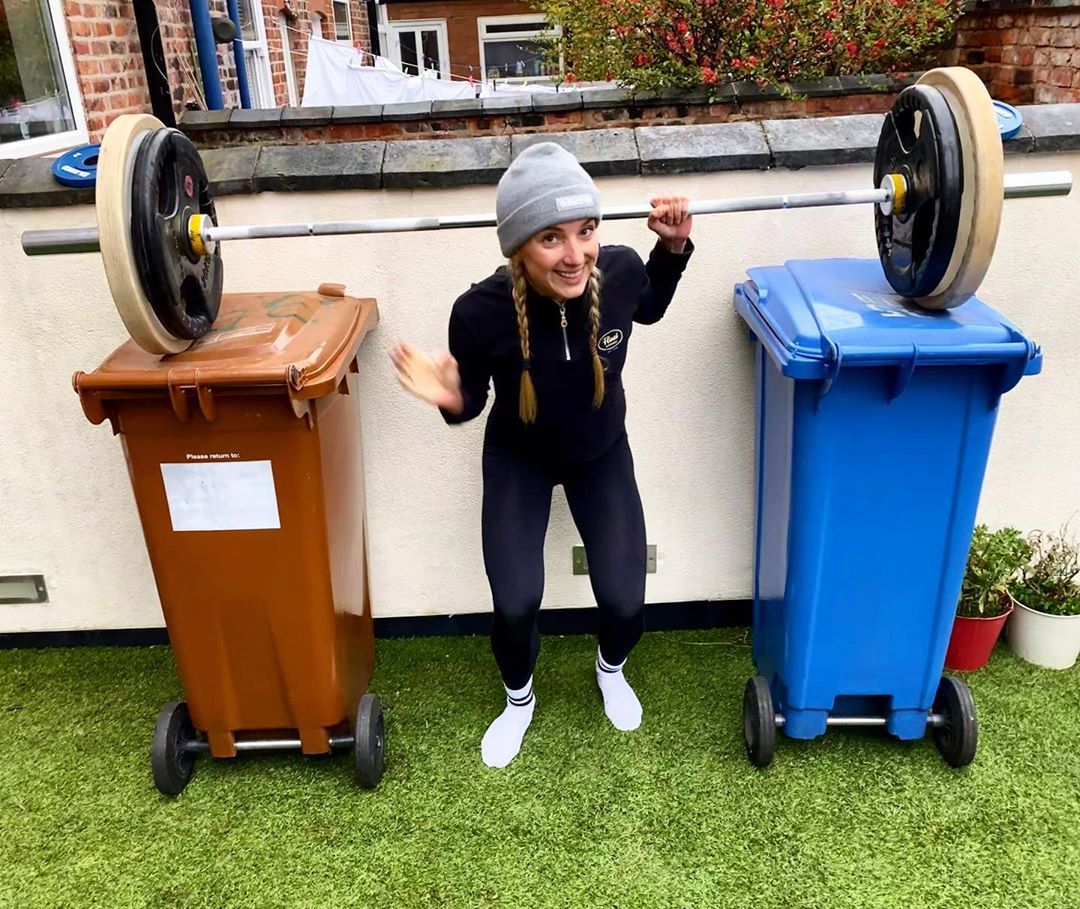 And members of the rugby sevens squad kept themselves fit by becoming video PE instructors for schools.

SunSport looks at some of the other unlikely training concepts that became part of lockdown life for Team GB stars.

Zoe, who missed out on the Rio Olympics due to a shoulder injury, has mostly been training out of garages.

And she added: “I bought a circular saw but neither me nor my boyfriend should have been trusted with power tools! 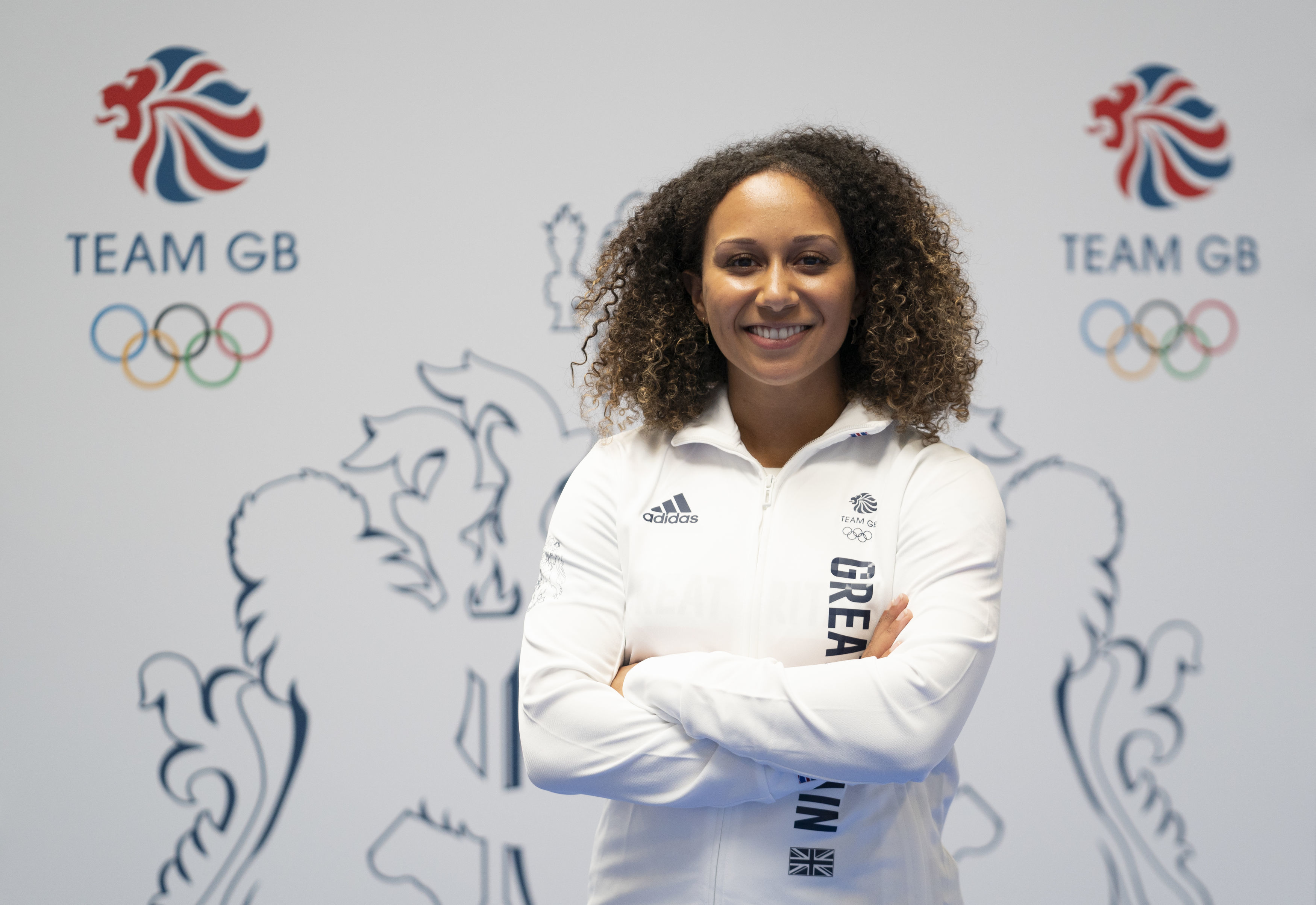 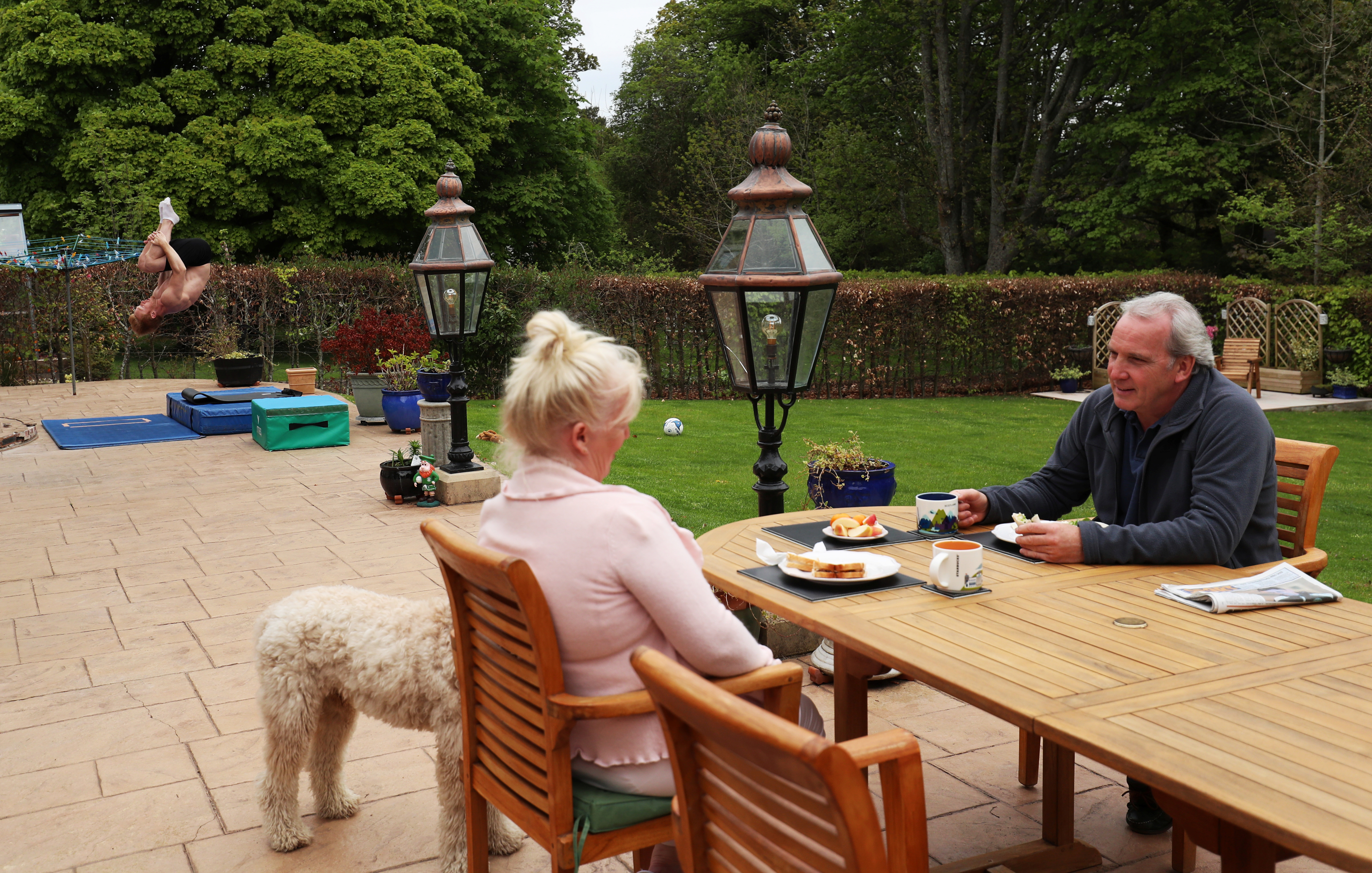 “I live in a second-floor flat with a garage on the ground. We ran an extension cable out of the window, sawing down plywood in the street.

“The neighbours were wondering what was going on. So I was lifting on two stapled-together pieces of wood in the garage.

“When I lifted the bar I was worried that I might go through the ceiling because it was so tight.”

BRITISH record pole vaulter Holly Bradshaw used garden furniture to keep her in shape, working out on the streets outside her Chorley home.

She said: “It must have been strange for the neighbours to see me running, doing drills and lifting weights on the front drive. 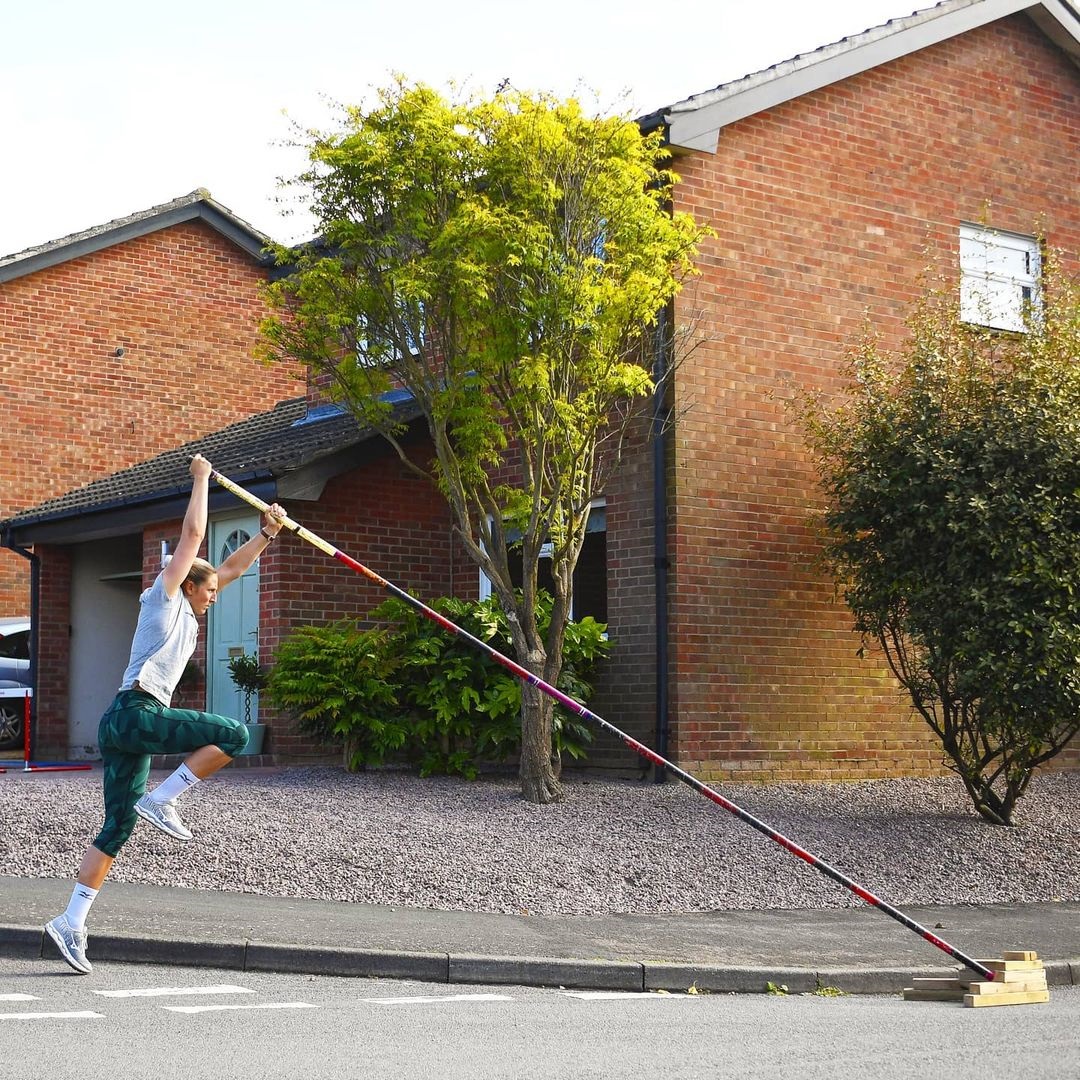 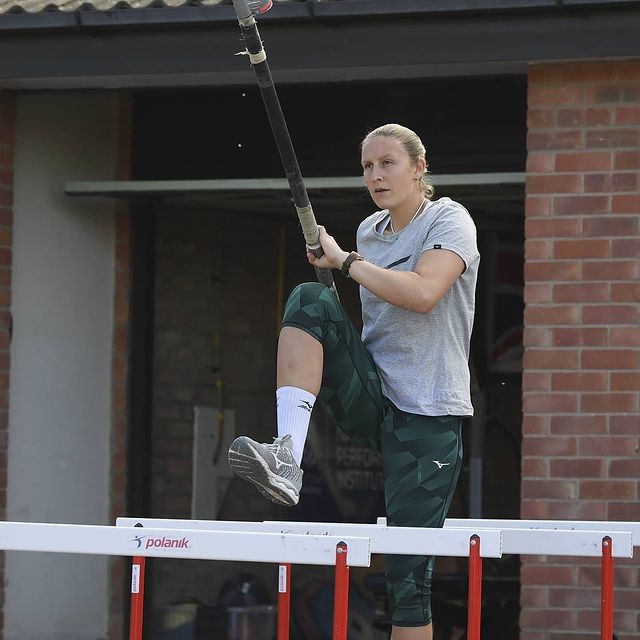 “Once we realised how long it was going to take I was able to get equipment around to my house so I could carry on training.

“But it is a little strange having hurdles set up in front of your house.”

TWO OF Britain’s leading stars kicked lumps out of each other in lockdown — and they loved every minute.

When the Covid crisis was at its worst, all the gyms were shut and there was no access to the national centre. 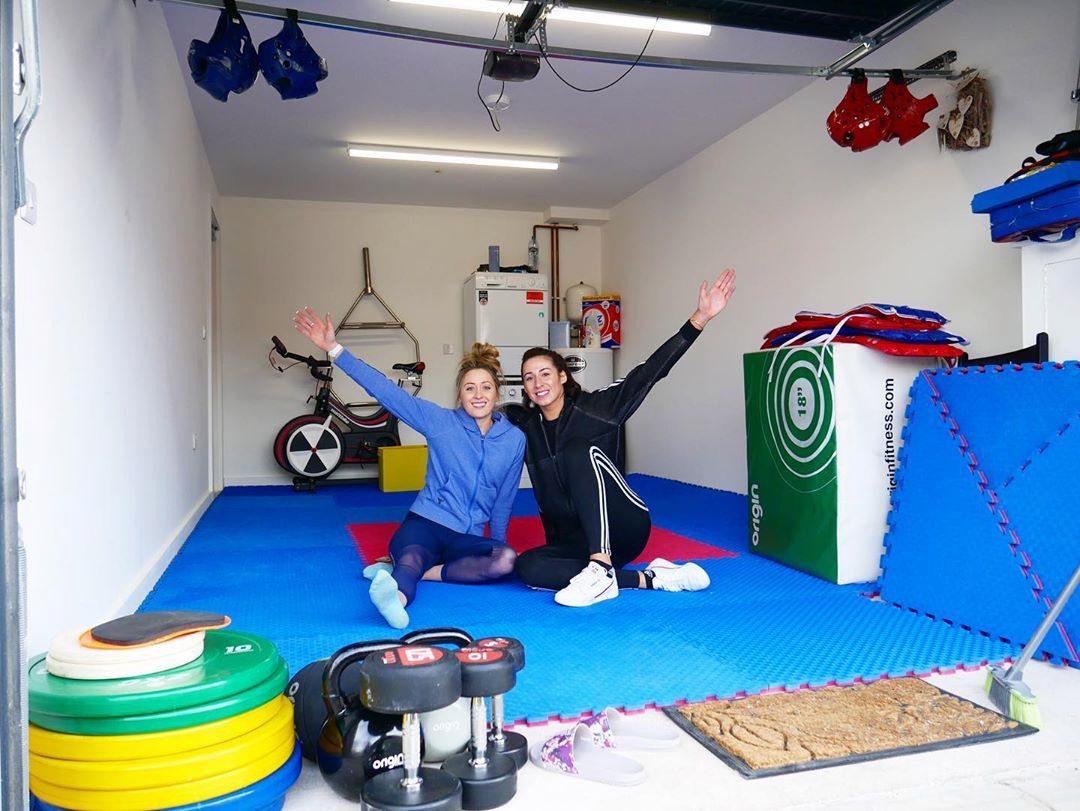 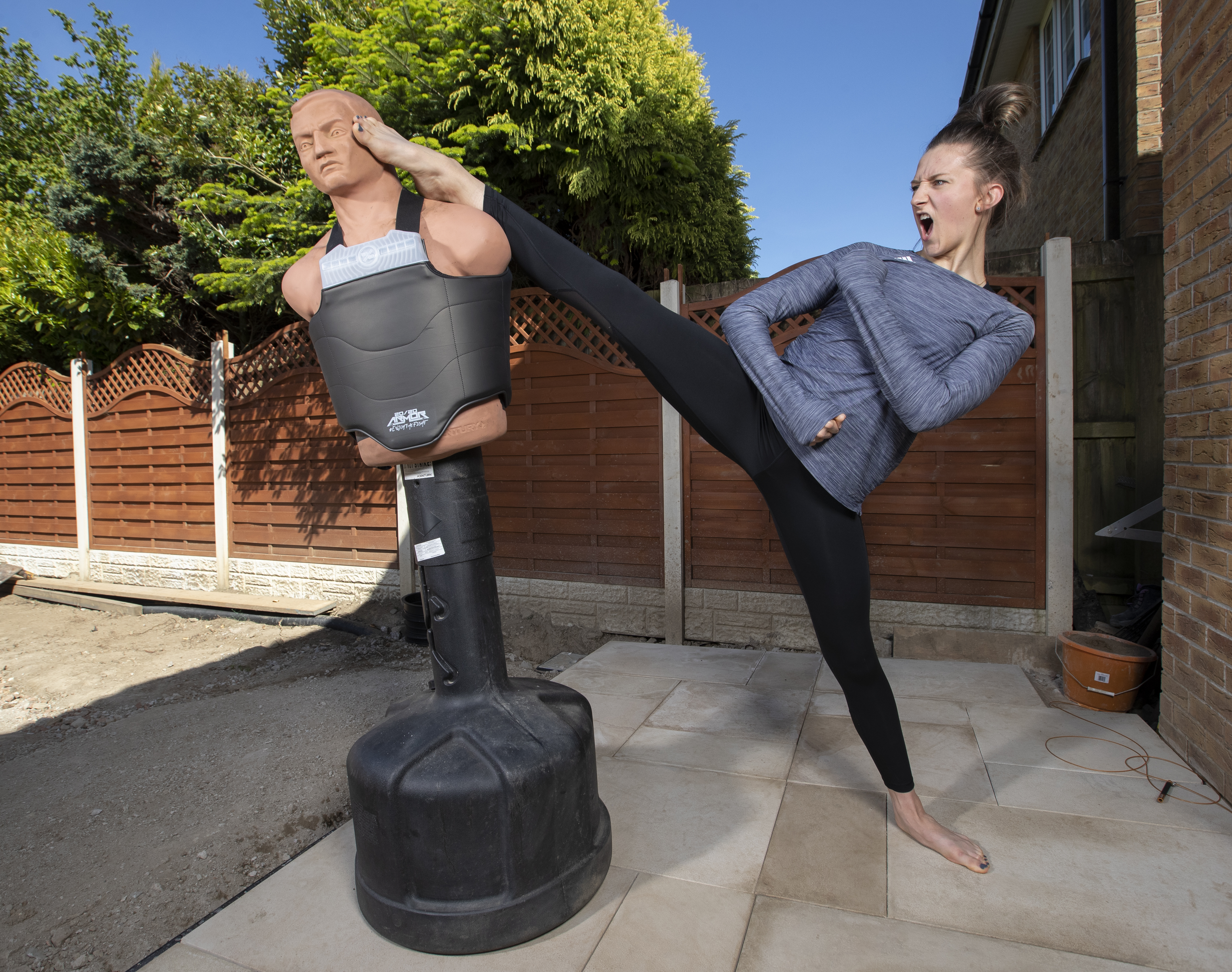 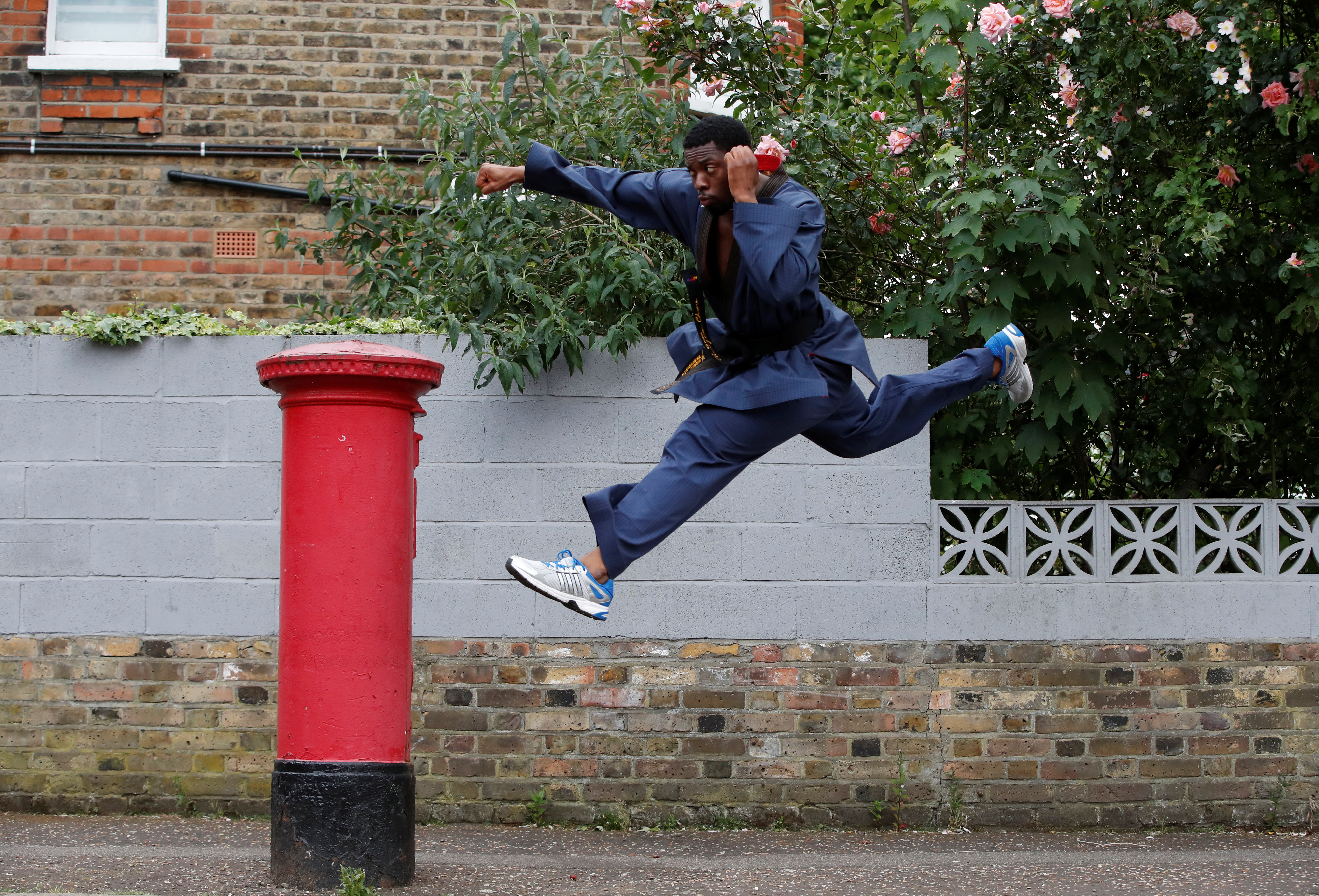 Rather than take the rest of the year off, the ingenious pair built a makeshift training base in their garage and they started sparring.

Walkden, 29, who won bronze in Rio in the 67kg category, said: “We had to get rid of all of the rubbish in there.

“We made it our own ring, so we could train together. It was really hard but we kept pushing each other.

“That is the journey we have been on all this time for all these years, pushing each other. And making the best out of a situation.”

MOHAMED SBIHI became a lockdown rowing champion — in his GARDEN.

The 33-year-old will be part of the men’s eight in Tokyo, aiming to win a third successive Olympic gold.

He is quitting after these Games, having decided to stay on when the event was put back 12 months. 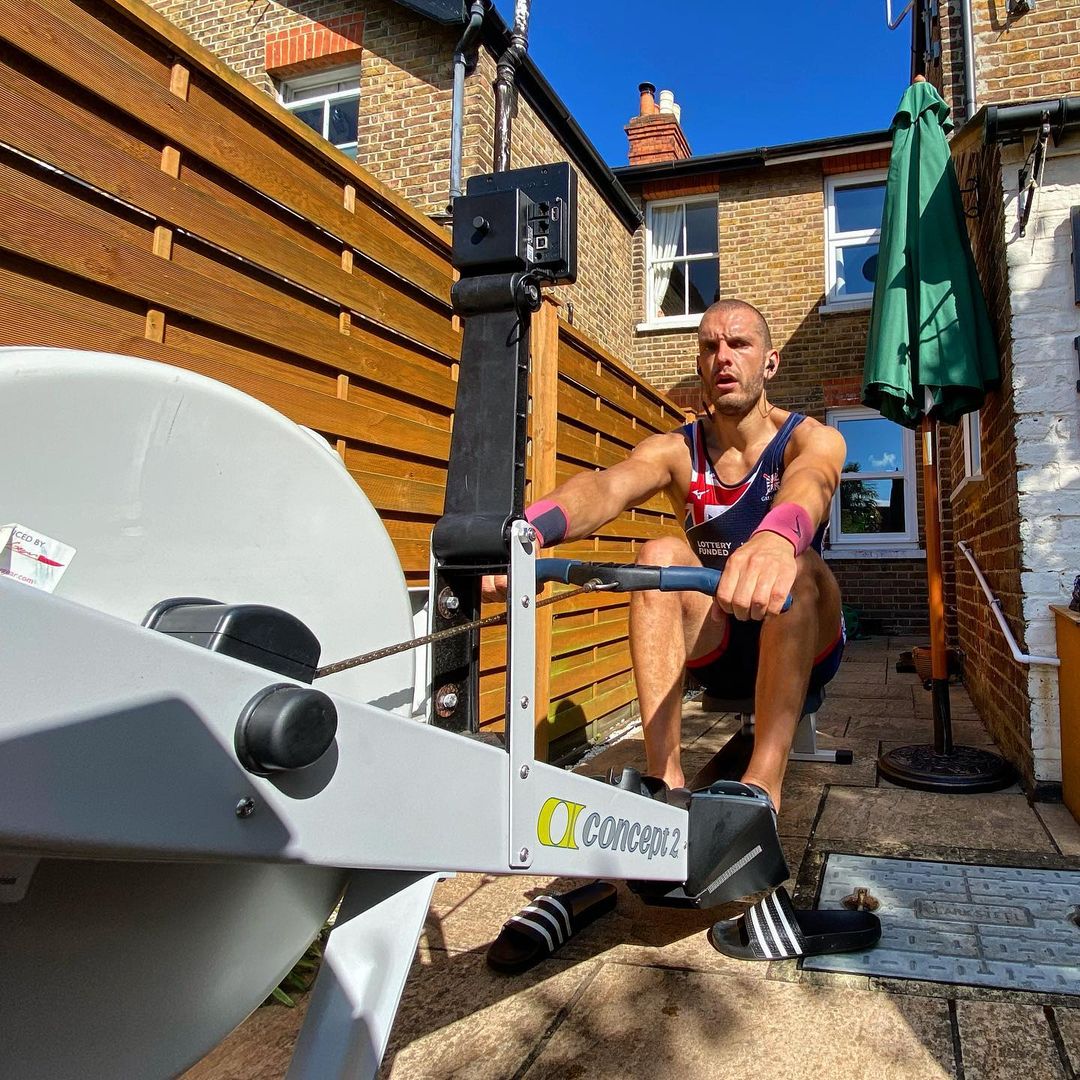 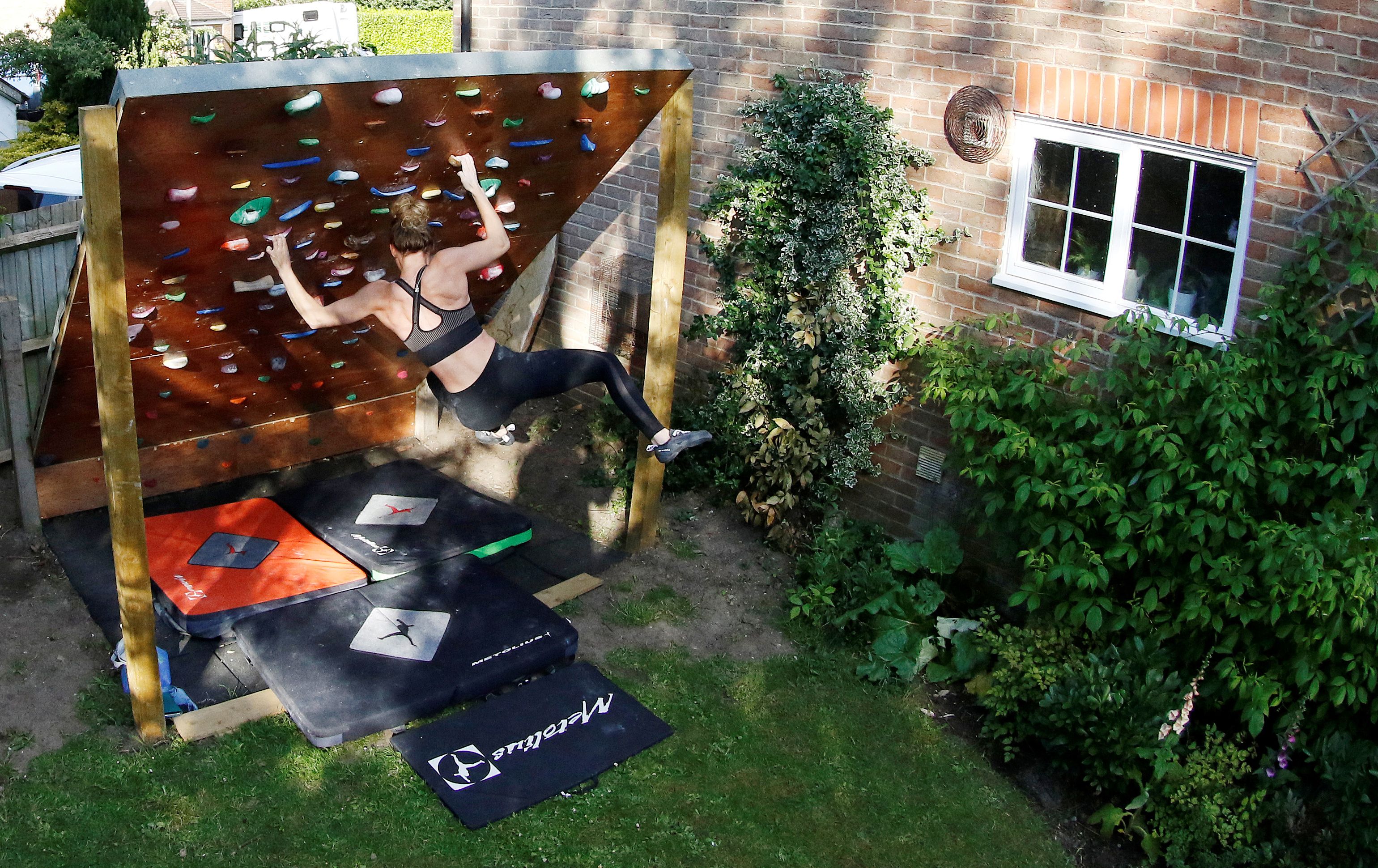 Using his home ergo machine on a sunny day, he whipped off his shirt and set a new time of 5min 39.4sec — 0.2sec quicker than George’s mark from the previous month.

He said: “This time around I was incredibly nervous, it felt like a final.

“Matthew Pinsent has always spoken about nerves being a good thing — it’s one of the things I remember from his book, that nerves mean you’re on form.

“I have to agree with him. It was my body getting ready for the task.

“The great thing is that the whole team is getting pushed on by this as well. Everybody is trying to catch up and bridge the gap. People are putting out phenomenal performances.

“It gives us confidence in the programme, confidence in our team-mates and ourselves — but now we need to transfer that on to the water.”

Sbihi added: “Normally we spend a minimum of an hour a day on the machine, although I have done a couple of Zoom calls whilst on the ergo.

“My son Idris was born in November. So it has been a pretty epic lockdown.

“Besides the rowing machine, I also have a static bike at home, which is really lucky.”

MODERN PENTATHLETE Joe Choong and his team-mate Jamie Cooke built their own shooting ranges near the training base in Bath.

And Choong set up a range in his backyard.

He said: “I had a communal back garden, so there was a ten-metre space for shooting.

“It wasn’t ideal but we had to make the most out of a bad situation. We had our laser pistols and set up the targets.”

BETTING SPECIAL – CLAIM £180 IN FREE BETS FOR THE OLYMPICS 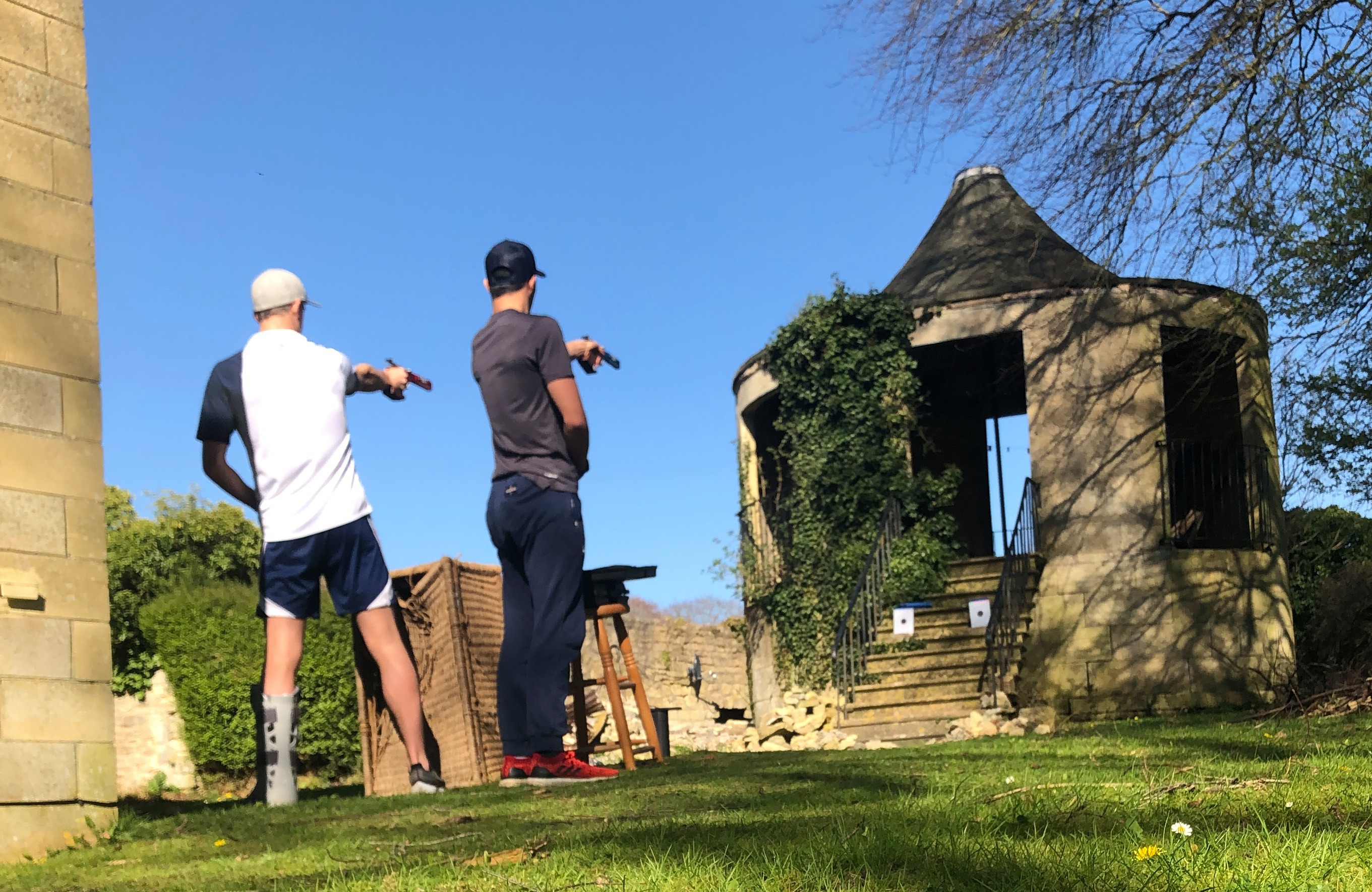 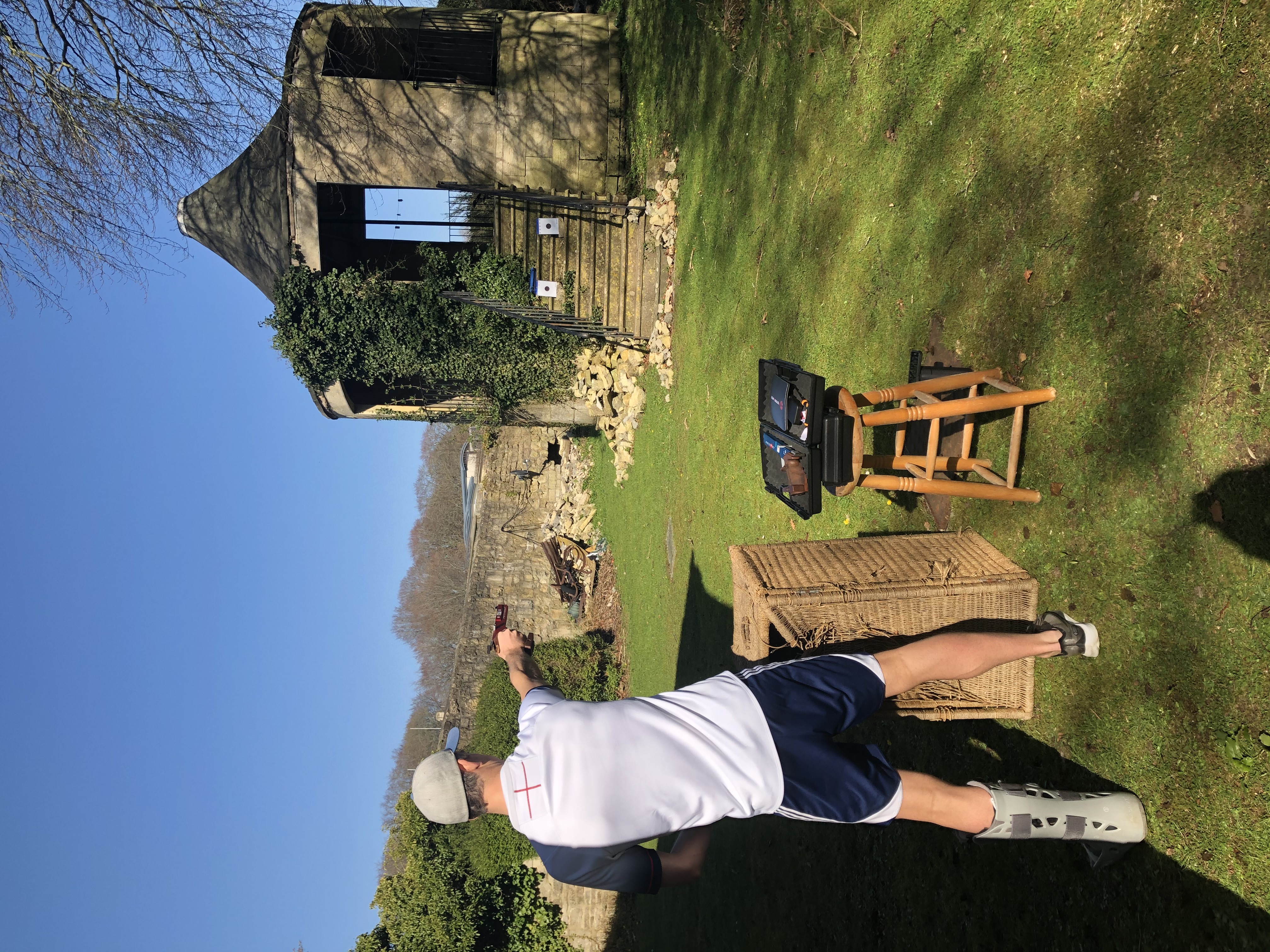 Jamie added: “At the start of lockdown we were allowed back into the training centre to get our kit.

“The key thing was maintaining the shooting. We had to be ready. So it was me in my flat-mate’s bedroom, along the hallway, the living room and the target perched on the side of the counter. That was about 9m.” 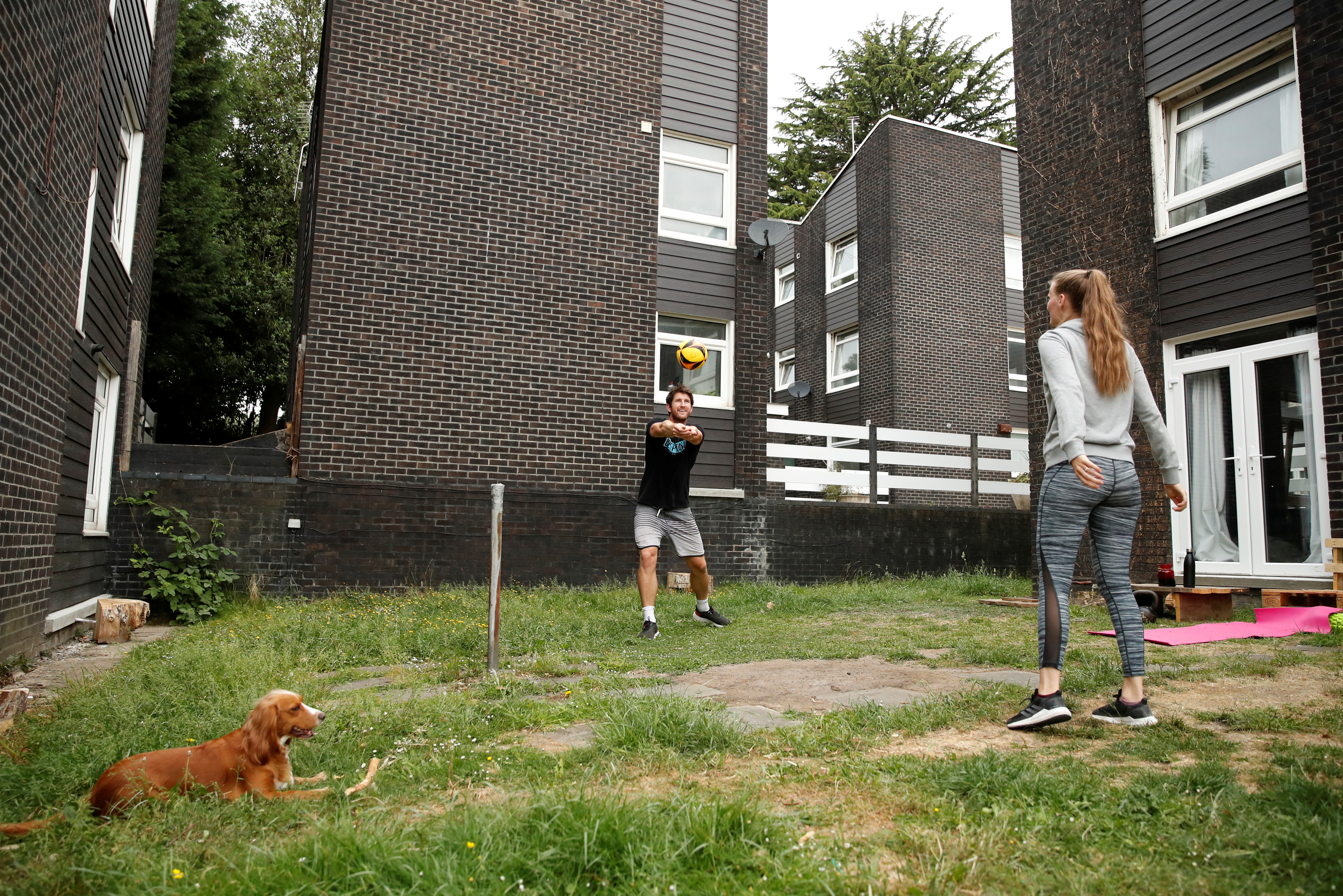 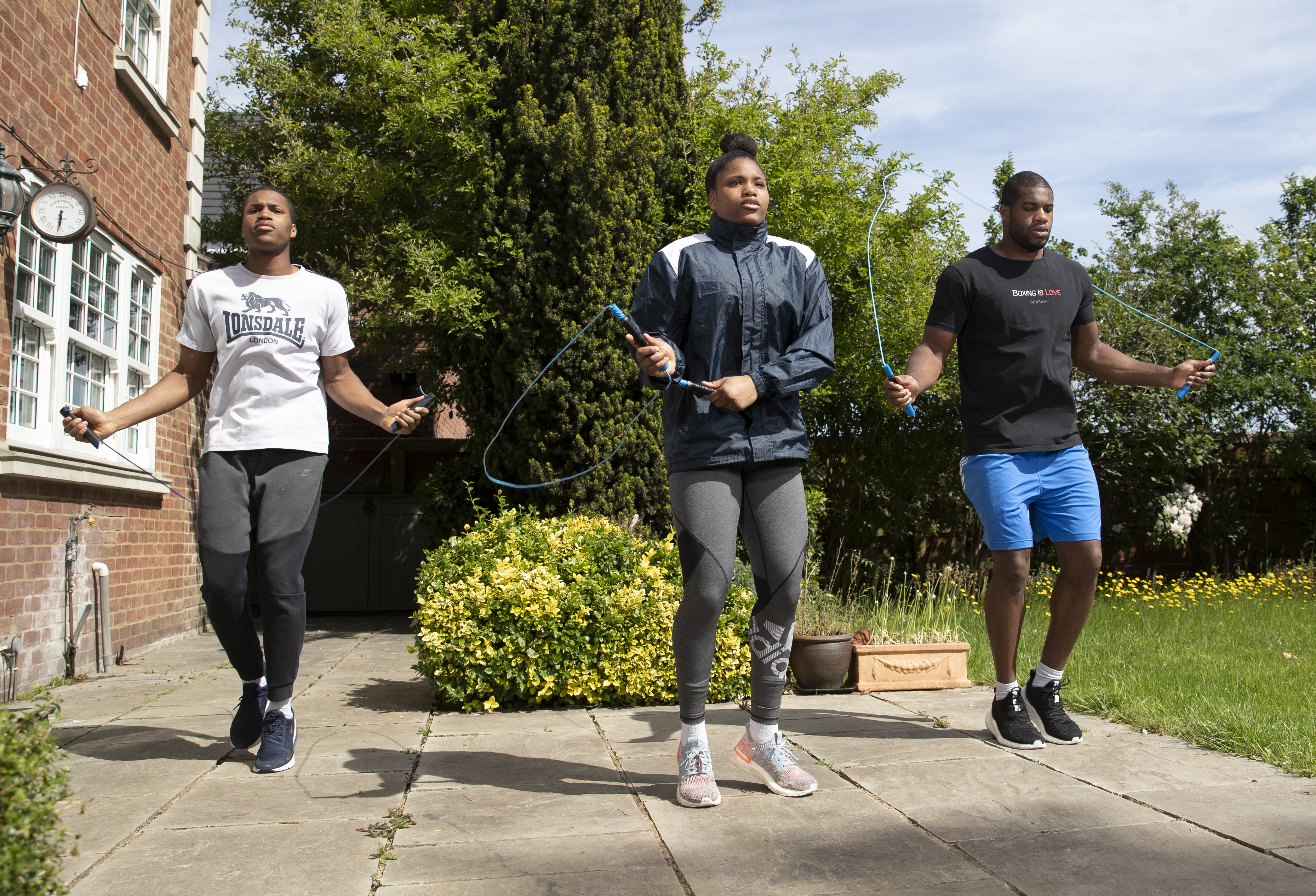 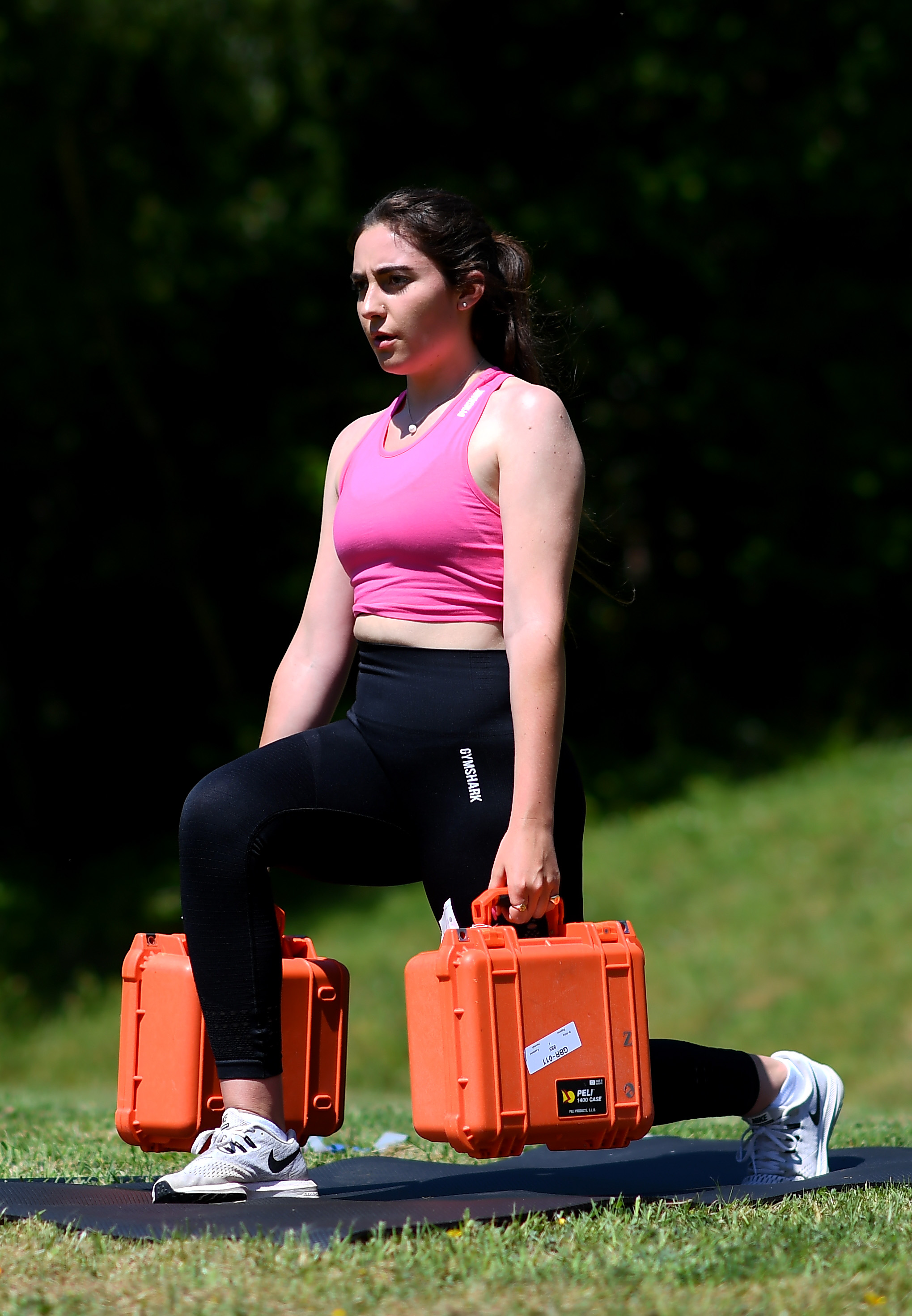