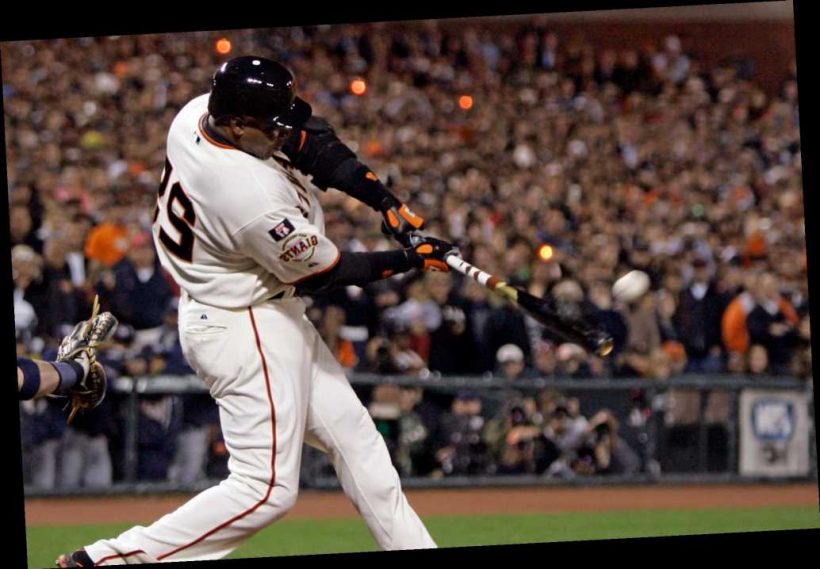 Yankees have been down this Corey Kluber road before: Sherman

How the Mets can survive without a GM for now: Sherman

So thrilling last year when “Parasite” edged out “1917” to win the Oscar for Best Picture. And it was really great that Ben Affleck and Martin Scorcese made their ballots public and explained their votes.

Pretty much when it comes to every significant award or Hall of Fame, the public never learns who votes, how they voted and what the final tally was. The NBA, NFL and NHL go pretty far to shroud how they reach their Hall conclusions. Often voters are encouraged not to even discuss their ballots — and that is when we even know who the voters are.

On Tuesday the Baseball Hall of Fame will announce the results of the most recent election. You will receive final tallies and know, for example, whether Barry Bonds, Roger Clemens and Curt Schilling did or didn’t get in and by exactly how much. Most of the 400-ish voters have or will make their ballots public. Most of those who make them public will explain their reasons.

I appreciate the passion, even the anger directed at the voters (yep, I am one of them). It means fans really care about who is and isn’t enshrined in Cooperstown. It means what we do is important to a lot of people. We should be held accountable and to a high standard. I just would hope it is remembered that few bodies (if any) who hold these kinds of votes that draw such scrutiny offer this level of transparency.

When the Oscars, for example, snub female directors, we have no idea who voted for what or why. But you can go to Ryan Thibodaux’s tracker and see nearly a decade of votes by almost all of us. The inconsistencies, the patterns, etc.

Over the years I have come to terms with most people thinking the only perfect ballot is their own. But as many criticize me for annually including Bonds and Clemens on my ballot as chastise those for leaving them off. There is no perfection in this arena. The Baseball Writers Association of America votes for this Hall. But the controversy would not change if it was ex-players or fans voting. And you know what? The end result would look a lot like what the plaque room looks like now. It is not as if the BBWAA has voted in Doug Flynn or kept out Willie Mays.

Also, remember, the job is to put a checkmark next to a name. You don’t vote against anyone. I hate the idea of running down someone’s career who is on the ballot. Simply making the ballot is quite an accomplishment. I was on the committee this year to decide who was added and you look at the career of someone like, say, Mark Buehrle, who is not going to get elected and probably will fall off the ballot with less than five percent of the vote, and which Little Leaguer wouldn’t want to have a career of that consistent above-average durable performance?

Ultimately, the voter is determining a borderline and criteria that they believe pushes or doesn’t push a player over. For example, I believe a reliever is like a field-goal kicker. The job is limited enough that in the big games you have to convert. Mike Vanderjagt is the most accurate kicker in NFL history, but missed big ones in the postseason. Adam Vinatieri made them. To me, Billy Wagner did not convert enough of his big saves. Aroldis Chapman essentially is on his way to having Wagner’s career. Do you think Chapman is a Hall of Famer?

You might. And you might think the same of Wagner and if he got in, fine. Wagner is among the top percentage of players ever. The same is true, for example, of Andruw Jones, Jeff Kent and Scott Rolen. Everyone has to have a borderline. Over or not. I agonize each year if they cross the borderline. Take up the case each season. Hover over the box to put in an “X.” The Hall would not be diminished one iota if they got in.

This year I chose Bonds, Clemens and Schilling, so I voted for the three most controversial figures on the ballot.

I think Bonds is a Greek tragedy. I do believe he played clean through 1998. At that point, he not only is the best player in the game (a Hall of Famer without doing another darn thing), but the best player I have ever seen. He sees the Mark McGwire/Sammy Sosa freak show. Sees all the love, accolades and money they received, and decided to dive into PEDs.

There are those that say we should not parse. That steroid use is steroid use. But if I don’t vote for Bonds, I am not voting for the best I ever saw when clean. I am not as sure on Clemens’ illegal dive, except to believe in his natural brilliance — something I do not believe, for example, about Sammy Sosa. Again, it is imperfect parsing. I know it. It just might be this simple — I believe Bonds and Clemens were Hall of Fame players.

I think the same of Schilling. I have not really thought his case borderline. He is one of the greatest control, power and postseason pitchers ever. I do find his public behavior repugnant. If that costs him the Hall, so be it. This isn’t political. You will have to trust me that a lot of players I have voted on over the years, I knew their politics, and they were extremely conservative. Schilling has stepped over the line of decency on social media; it is beyond party affiliation.

I have never voted for someone I hoped didn’t actually get in. That is the case this year. Yet, I voted for Schilling because I think the charge is to vote for those we think are Hall of Fame baseball players. I know the morals clause exists, but one man’s version of morality may not be the next. The judgment on playing skill is cloudy, obviously, but something with which I feel more comfort.

It is an imperfect ballot. I know it. The key thing is you know it now too. How many elections that matter to you can you say that about?