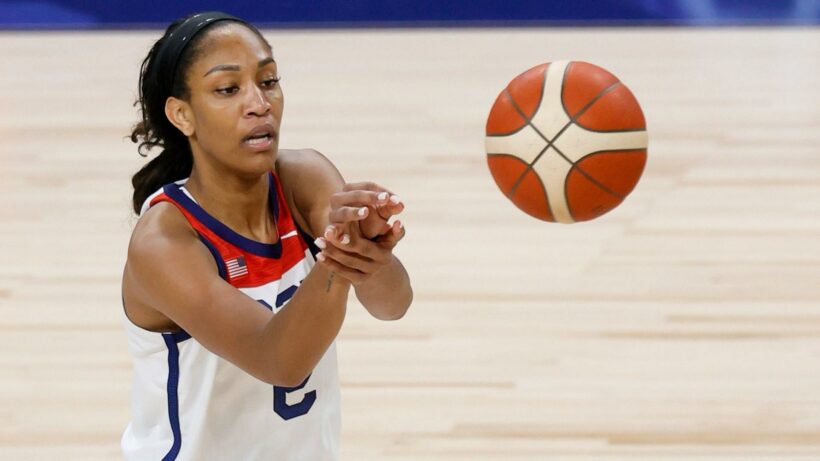 The reigning WNBA MVP has been shining bright on the Olympic stage.

Through the U.S. women’s basketball team’s first two Olympic games, A’ja Wilson is averaging 19.5 points and 11.5 rebounds while shooting 60 percent from the field. The Las Vegas Aces star has fueled the Americans’ dominant interior attack in wins over Nigeria and Japan.

“I mean, you look down the stretch of USA Basketball on the women’s side of the roster, Hall of Famers, is incredible,” Wilson said. “So for me to be in the list of that, it kind of gets to me at times, but at times I’m just like, you know, I’m surrounded by players that are going to make me better and I’m just trying to be a good teammate.”

Team USA will need another strong effort from Wilson and her teammates in order to defeat France, its final group-play opponent.

“France is a team that I know all of us respect. We know how good they are and can be,” Team USA forward Breanna Stewart said. “They can shoot lights out, they have dominant post players, and now [with] Gabby Williams bringing that versatility it’s gonna be a tough game. And it’s going to be physical, it’s going to be a grind.

“But for us, I think the most important thing is to get that win and to carry that into the quarterfinals.”

Here is a complete guide to watching the USA vs. France women’s basketball game at the 2021 Olympics, including the start time, a full TV schedule and live-streaming information.

The U.S. women’s basketball team will continue group play vs. France at 12:40 a.m. ET on Monday, Aug. 2. This will be Team USA’s final group-play game.

What channel is USA vs. France basketball on?

USA vs. France will be available to watch on USA Network. It can also be streamed via NBCOlympics.com.

Team USA is one of 12 teams to qualify for the Tokyo Olympics. It will be playing in Group B. Its group-play opponents will be France, Japan and Nigeria.