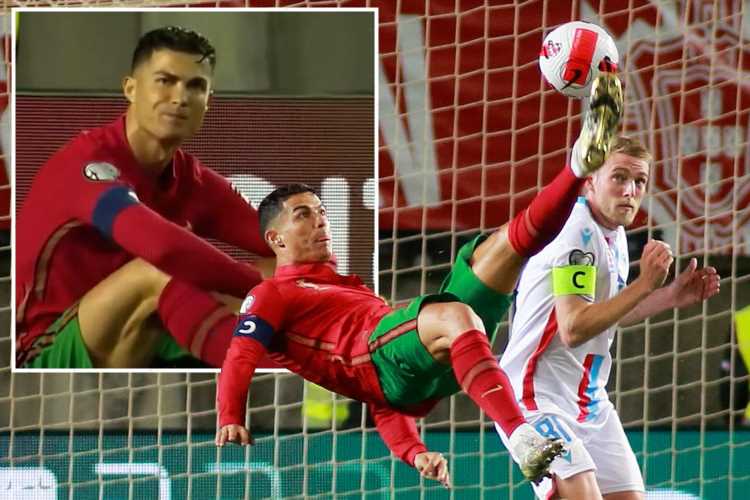 CRISTIANO RONALDO reacted in furious fashion after his bicycle kick was superbly saved by Luxembourg keeper Anthony Moris on Tuesday.

The Manchester United superstar's acrobatic effort for Portugal would have completed a 68-minute hat-trick but the 36-year-old saw it tipped over the bar. 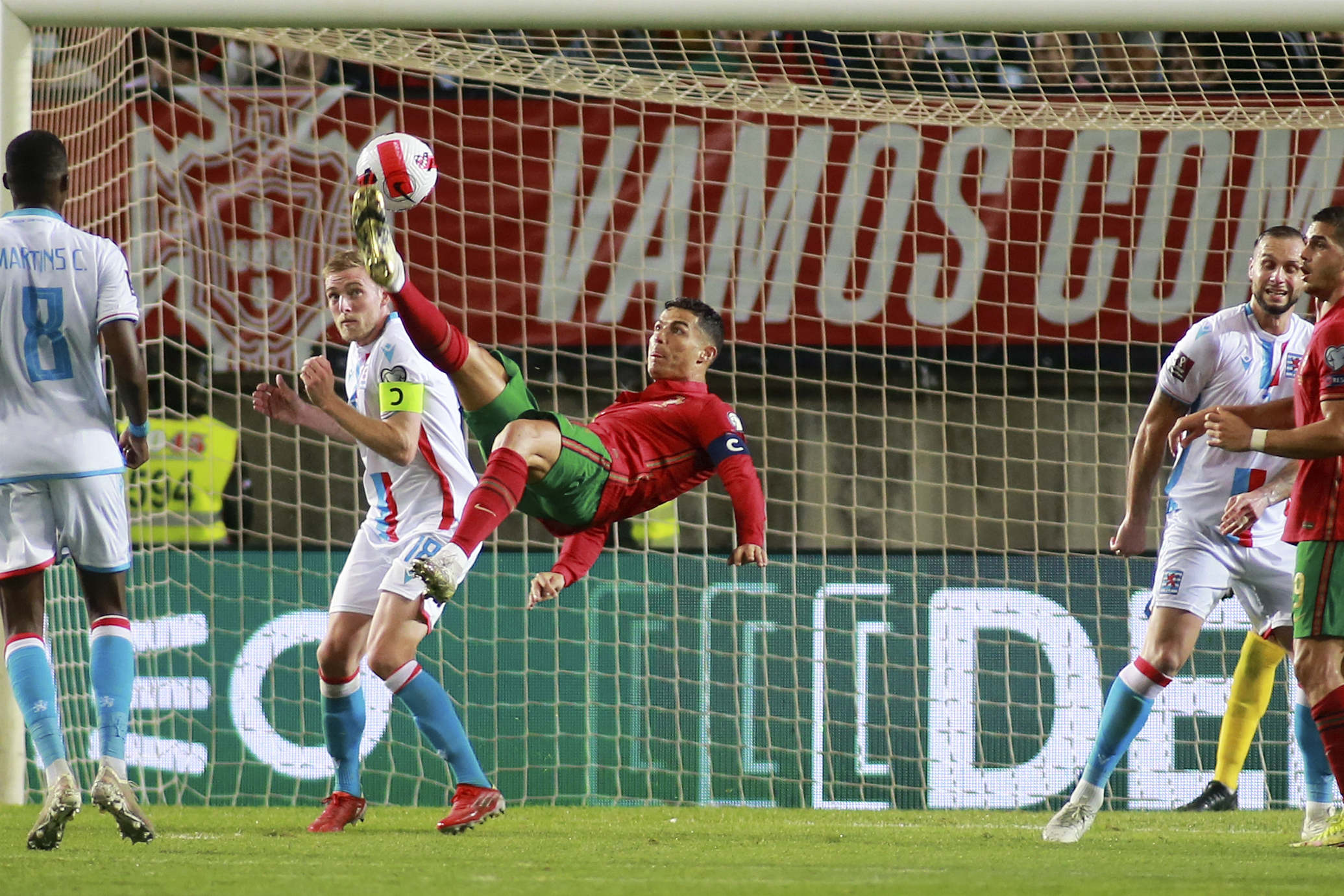 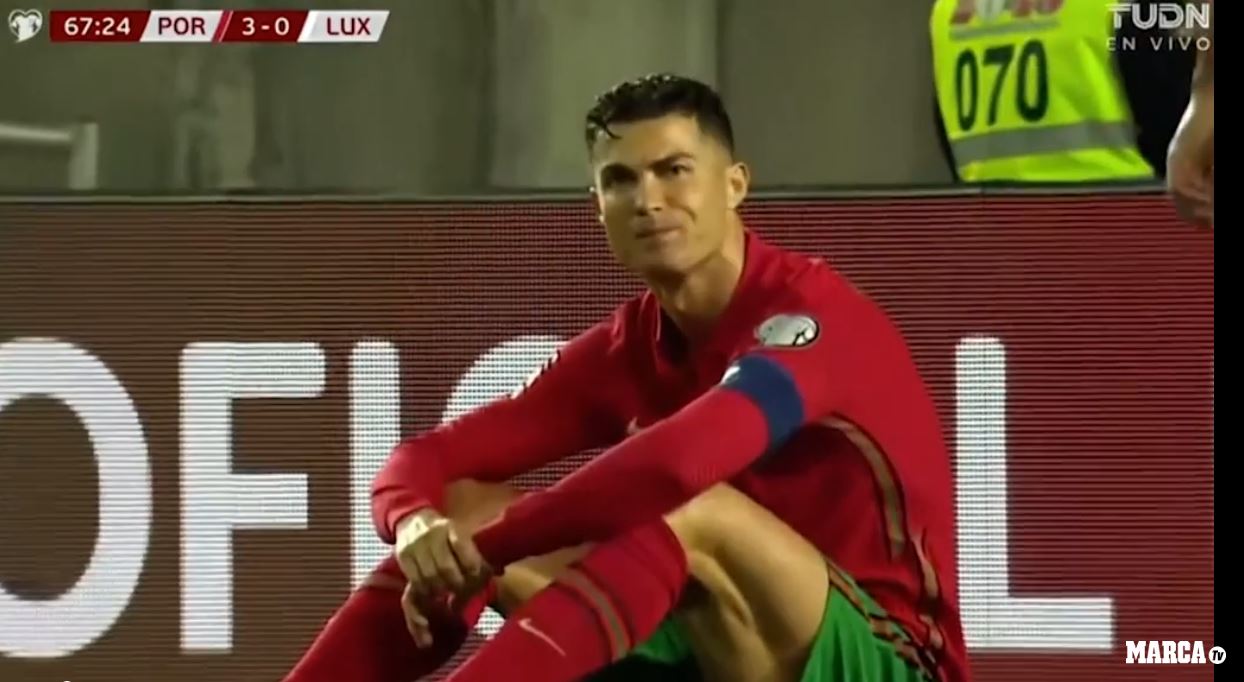 Ronnie had already scored twice in the World Cup qualifier in the Algarve with United team-mate Bruno Fernandes having got the other to see the home side leading 3-0.

A ball was swung in from the right, and the former Real Madrid ace controlled the ball with his back to goal.

It popped up in front of him and he executed the right-footed effort in almost perfect fashion and directed it towards goal.

It seemed destined for the back of the net until Moris propelled himself across his goal and tipped the strike over the crossbar.

The save was met with gasps from the crowd and it seemed Ronaldo was equally exasperated.

As he turned to see his shot saved, Ronnie remained on the floor and shrugged his shoulders in his trademark sulky fashion.

He was helped to his feet but continued to shake his head in disbelief as he waited for the resulting corner to be delivered.

Manchester City ace Ruben Dias was one of several team-mates to console him but it didn't seem to cheer the ex-Juventus man up.

Fans online were delighted by the footage when it surfaced.

One user tweeted: "Look at Ronaldo's reaction after the keeper saved his amazing bicycle kick.

"This guy is still hungry and determined at 36."

And Cris simply said: "The best ever to play the sport!"

Ronaldo eventually completed his record tenth international hat-trick in the 88th minute to make it 5-0 after João Palhinha had scored Portugal's fourth.