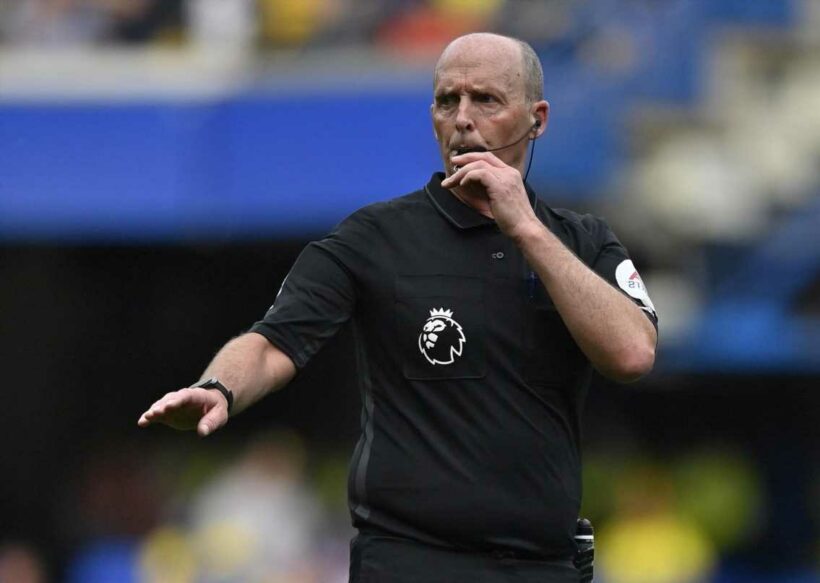 MIKE DEAN ended his days as a referee in typically extravagant style.

But he was quickly overwhelmed with emotion as he blew his final whistle. 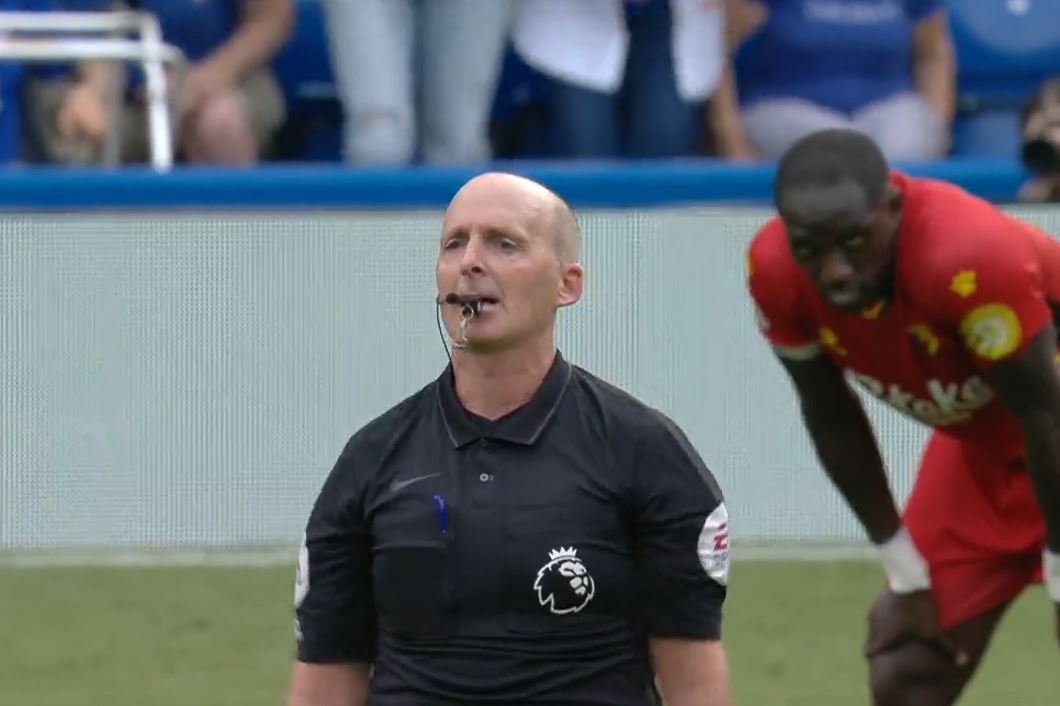 Dean, 53, took charge of his last game yesterday before retiring into a permanent VAR position.

The iconic official had the pleasure of looking after Chelsea’s 2-1 win against Watford at Stamford Bridge.

And as he put the whistle to his lips for one last time, Dean gave a huge flourish with his arms before bringing proceedings to a close.

But as soon as the whistle had returned to his pocket, Dean took on a quiet stance.

His face quickly welled with emotion as the reality of the situation dawned upon him.

But Dean’s day did not end on a whimper as stars from both teams hugged and congratulated him.

Fans also paid tribute on social media, with one saying: "This guy had character. I will miss him."

Another wrote: "Am gonna miss him." 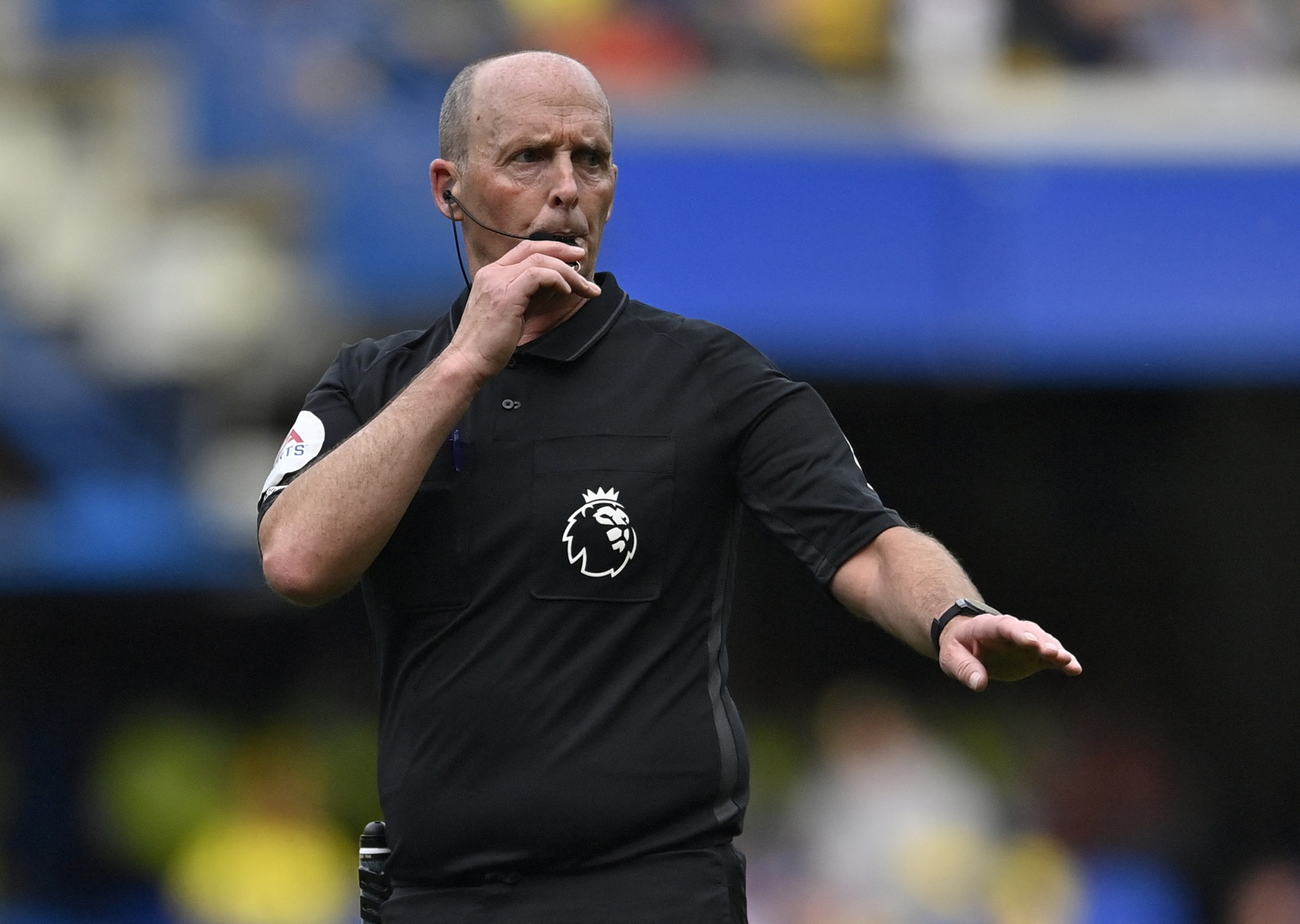 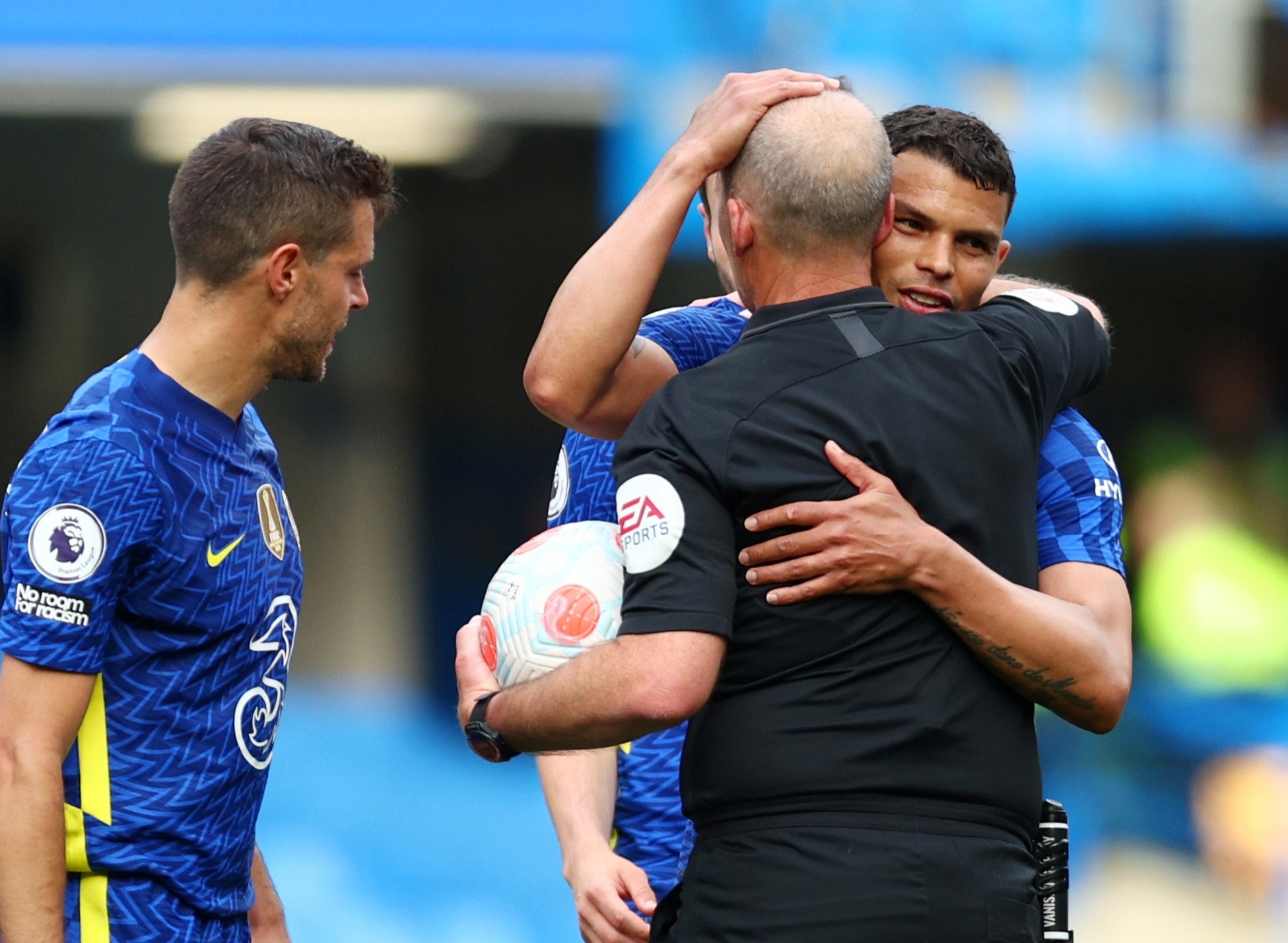 One added: "Congrats on the career Mike."

Dean’s 22 years as a top-flight ref have been filled with the funny, the controversial – and even the bizarre.

He revealed last month that Arsene Wenger was the scariest manager he ever came across – not Sir Alex Ferguson.

But Dean felt the need to clear up one strange moment prior to a Manchester derby when he SNIFFED his linesman’s shirt.

Dean revealed: "I wouldn't say I sniffed my linesman, I sniffed his shirt.

"Ian puts this oil stuff on his shirt, and it stunk in the tunnel before the game, stunk going out and it just wouldn't go away… it was horrendous so I just sniffed it."

Dean also had his say on the moment he appeared to celebrate a Tottenham goal against Aston Villa in 2015.

I’m a gypsy and gave my son a very unusual name, I love dressing him up too

"I got sucked in again. Because I love football, if I play an advantage and something works out, I give a thumbs up… I didn't do it on purpose."