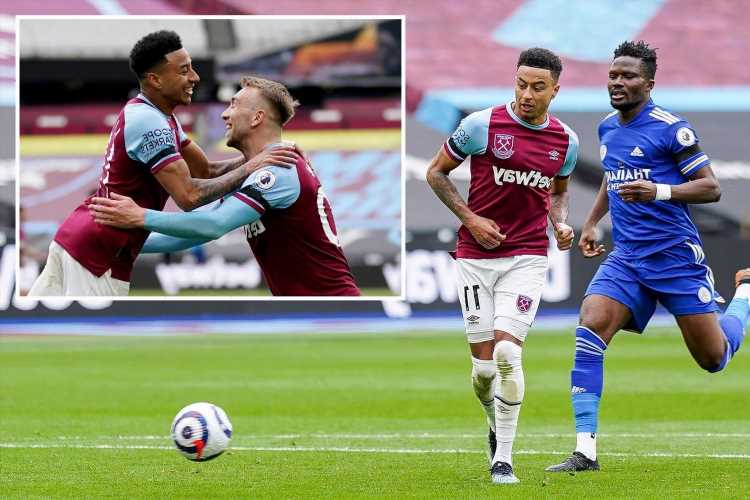 JESSE LINGARD put in another masterclass in front of the England manager to boost West Ham’s Champions League hopes.

The on-loan Manchester United star was sensational once again as he hit his seventh and eighth goals of his temporary stay in East London. 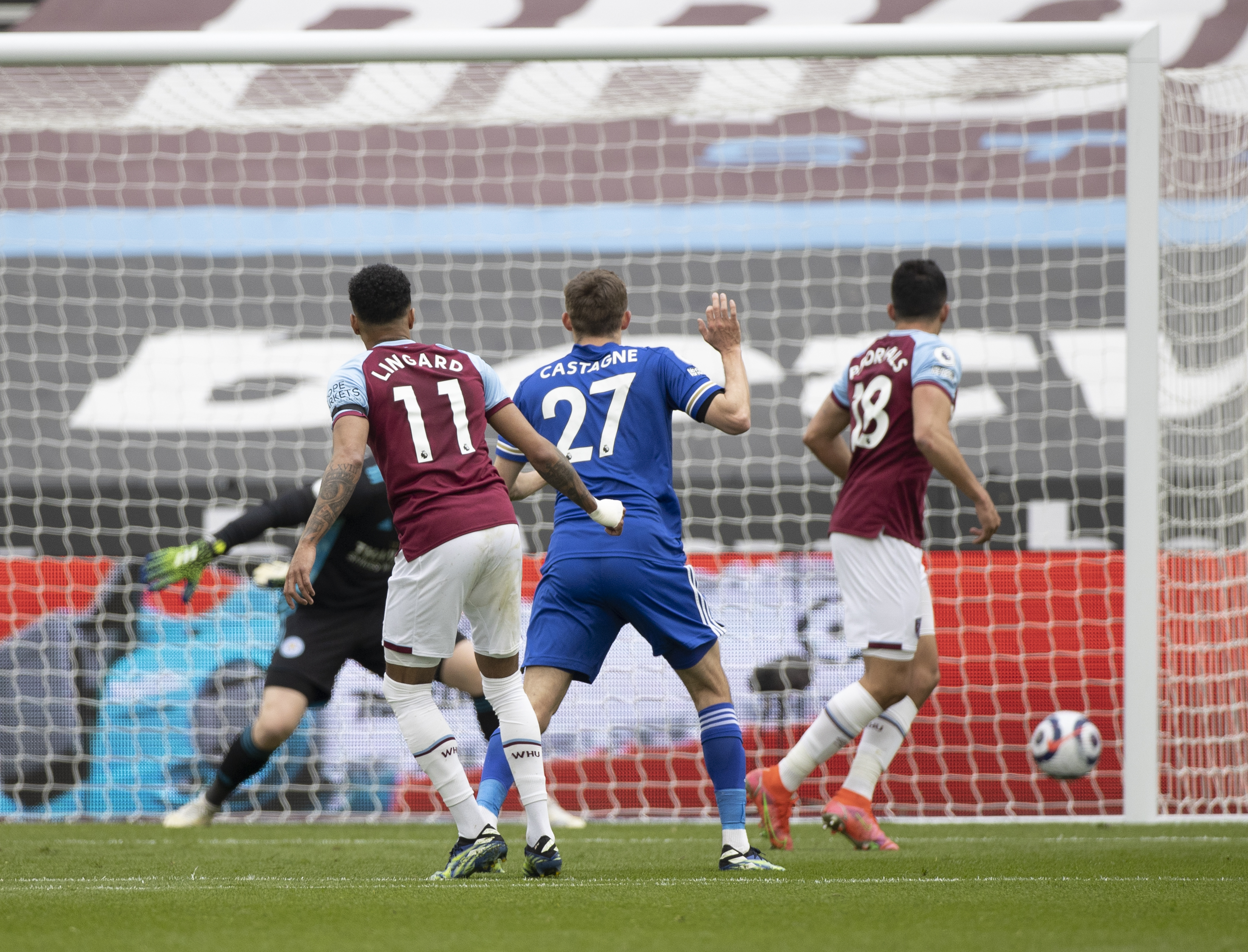 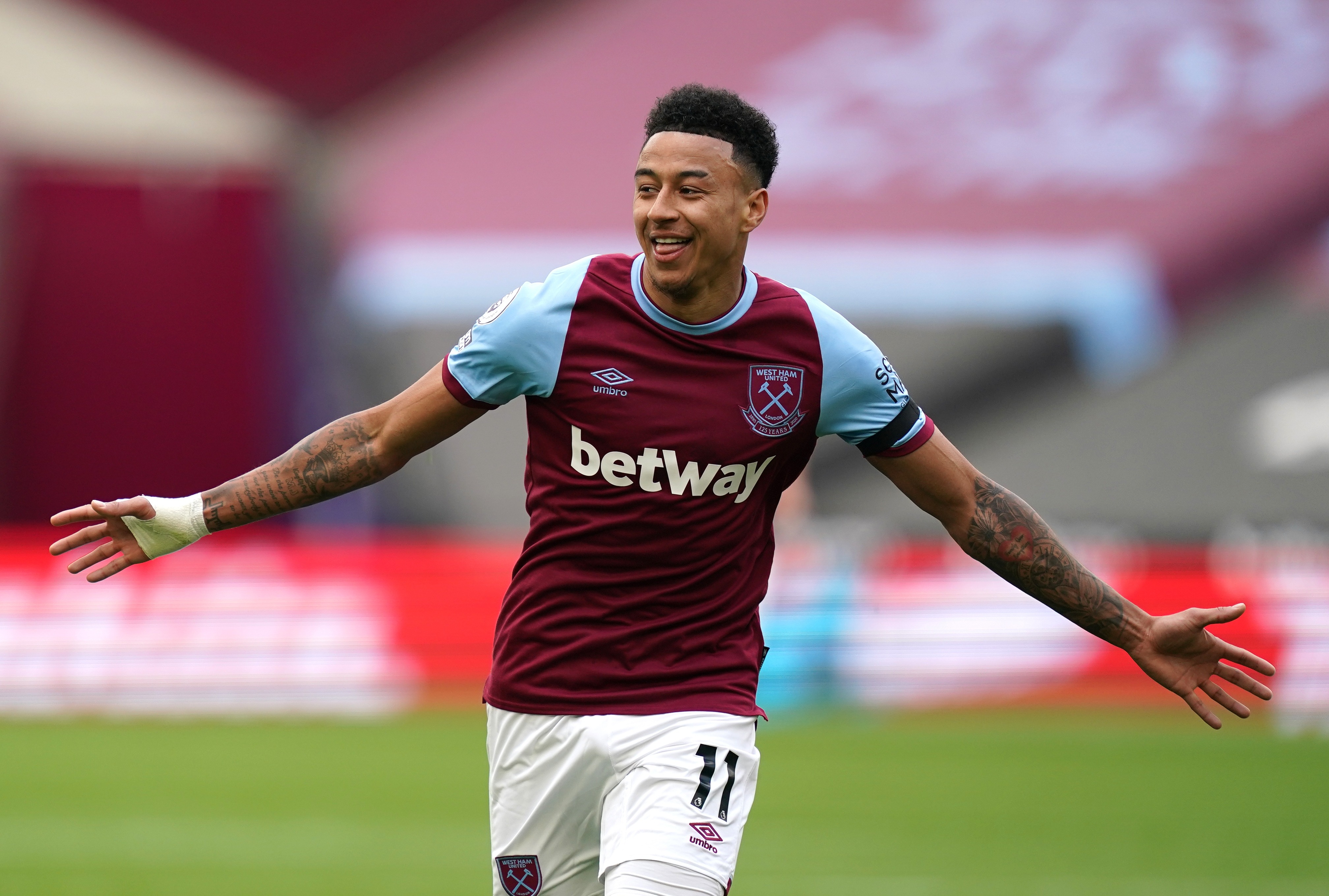 Lingard also had a hand in Jarrod Bowen’s third which killed off Leicester shortly after the break.

Kelechi Iheanacho did set up an intriguing finish given West Ham’s vulnerability when leading 3-0 with a late double – but the hosts hung on.

Lingard’s man-of-the-match display will have delighted the watching Gareth Southgate, who will surely select the attacker in his Euros squad if he keeps up this hot form.

Lingard’s heroics dealt a devastating blow to Leicester’s top-four hopes – and will have Brendan Rodgers fearing a repeat of last season.

Last term the Foxes threw away a Champions League spot with a late collapse.

And with their advantage only two points to fifth-placed Chelsea, the heat is certainly on.

Midfielders James Maddison and Ayoze Perez were left out by Rodgers after breaching Covid-19 lockdown rules.

Lingard’s opener just before the half hour summed up just how confident the 28-year-old is feeling right now. 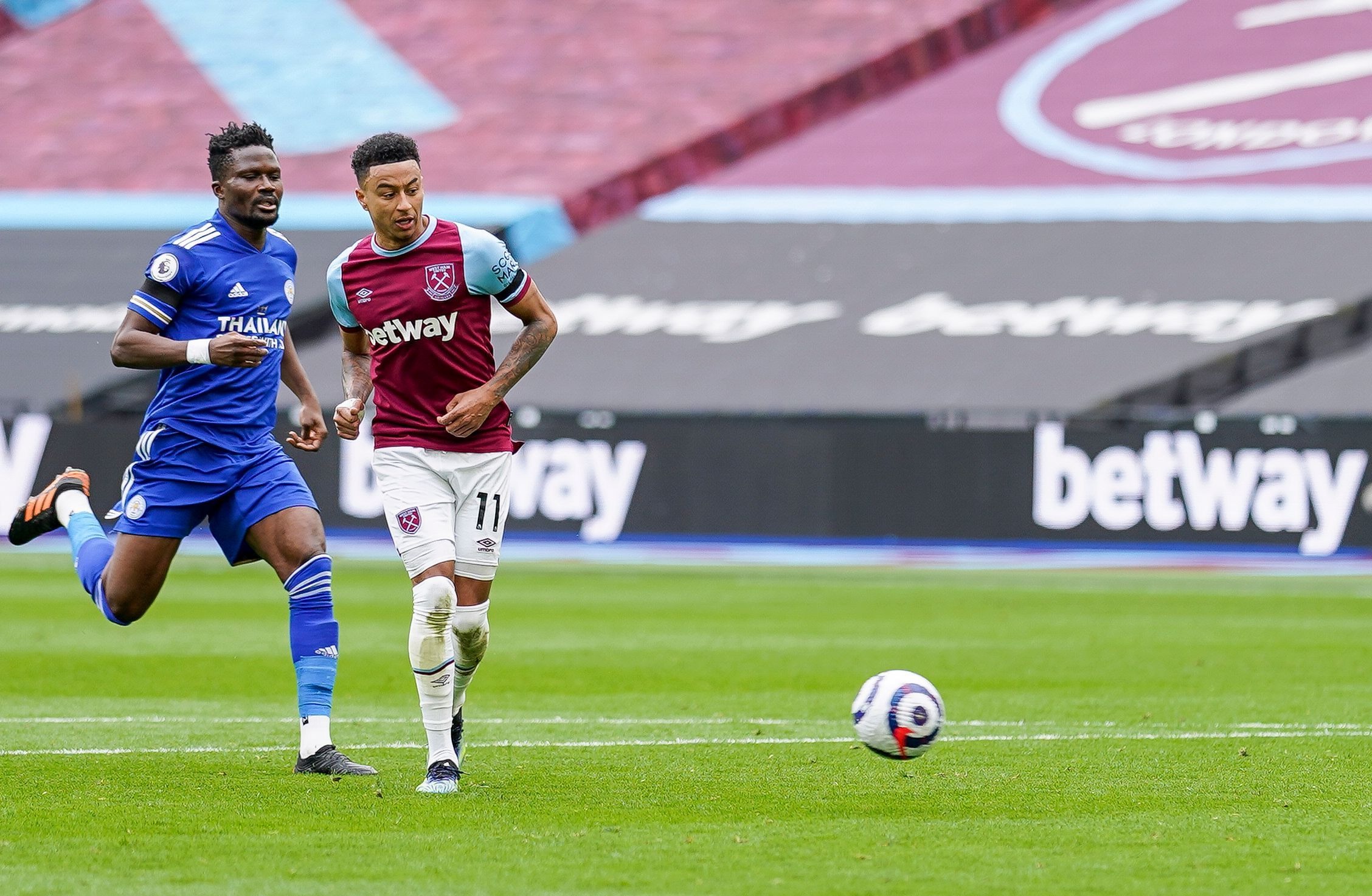 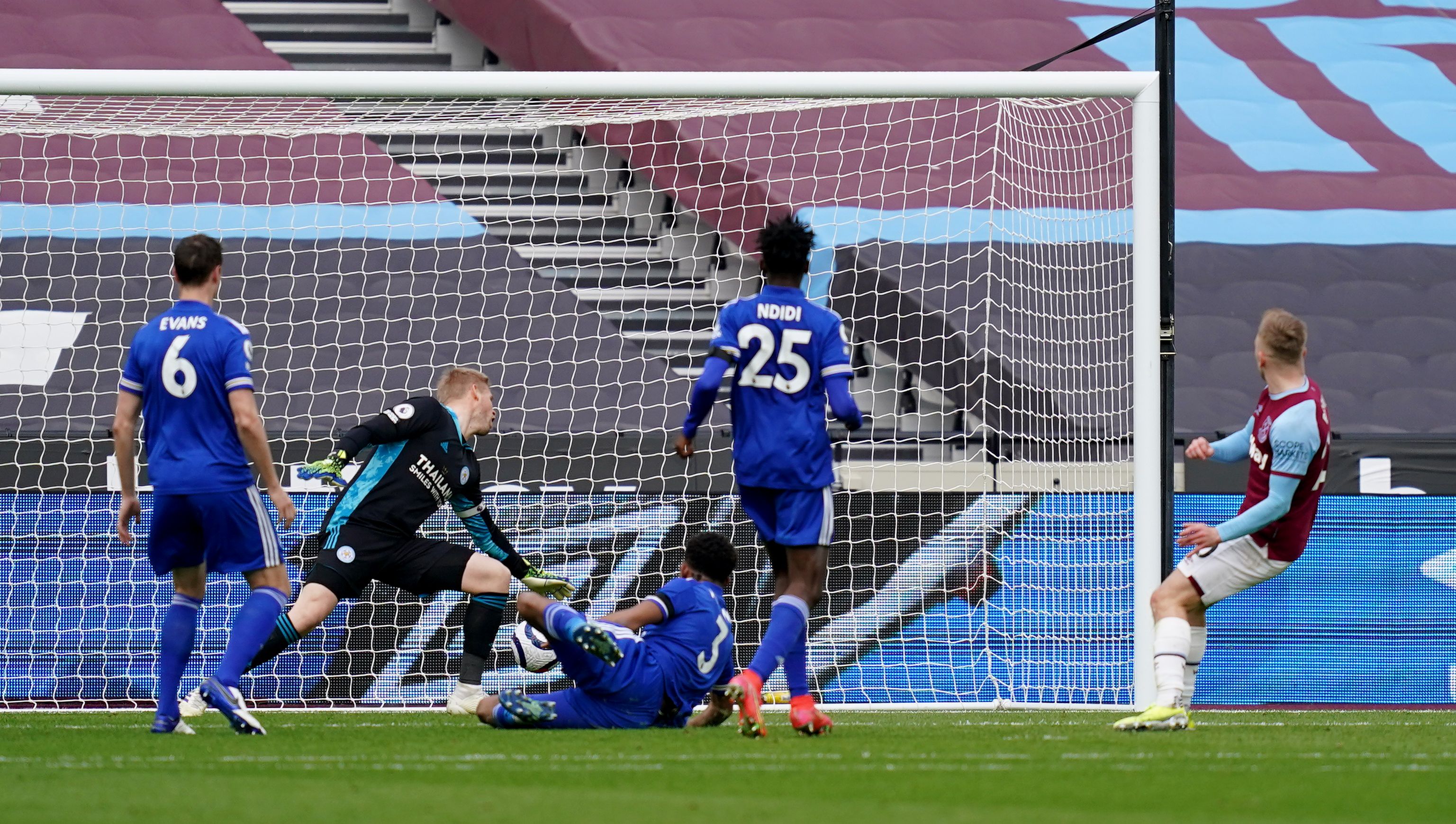 He hit Vladimir Coufal’s cut-back first time on the half-volley from the edge of the area, bending it round Timothy Castagne and into the net.

It was a supremely difficult skill to pull off but his second on 44 minutes was easy as you like.

Bowen beat the offside trap to race onto Issa Diop’s long ball and then squared for Lingard to fire into an empty net.

It had injured team-mate Declan Rice off his seat up in the stands, punching the air in delight.

Two became three just after the break as Lingard passed to Tomas Soucek who found Bowen.

The ex-Hull man took one touch before blasting home from close range for his eighth of the season. 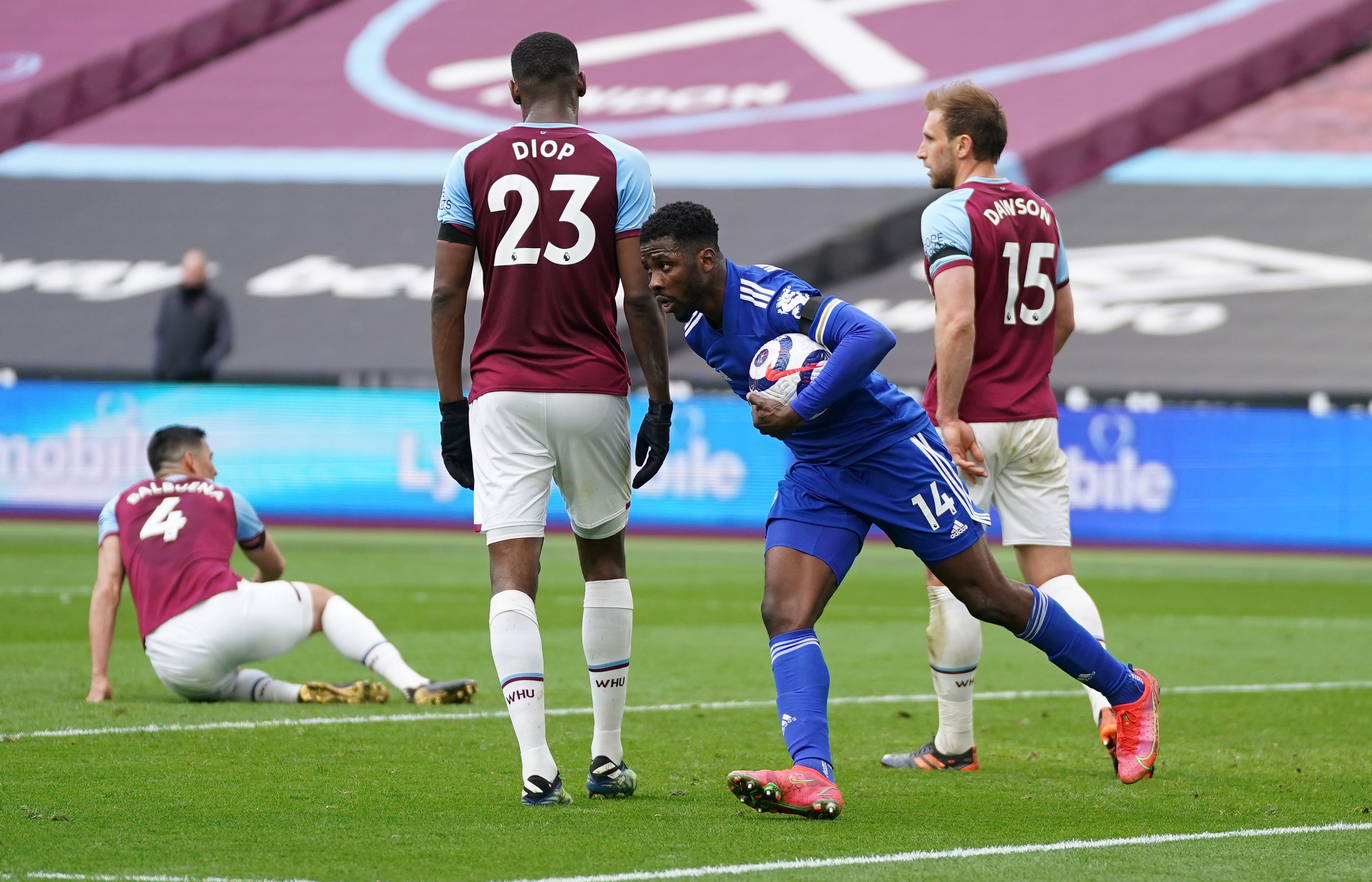 Leicester got one back with 20 minutes to go as the red-hot Iheanacho lashed in his eighth goal in his last six games from outside the area.

And it was panic stations for the hosts when the Nigerian blasted home another in stoppage time.

But there was to be no repeat of West Ham’s collapse from a 3-0 lead to draw 3-3 at home to Arsenal last month as they held out for a huge three points in the race for the top four.