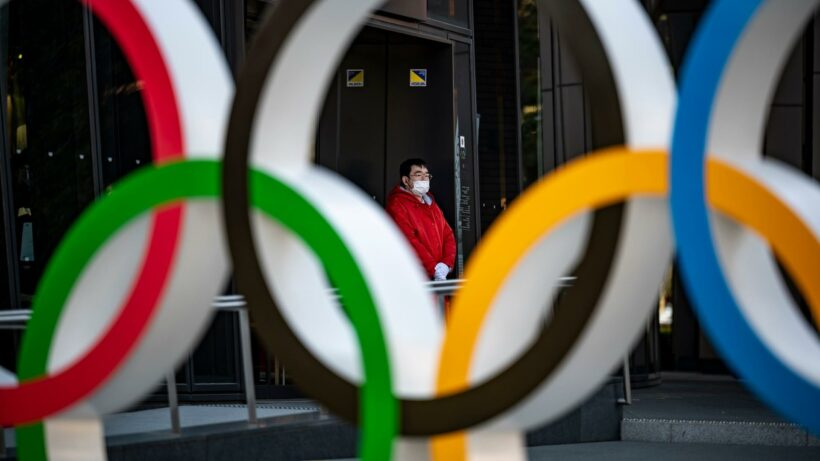 The Olympics are finally coming to an end.

The games kicked off back on July 23, and nearly three and a half weeks later, they are coming to a close. It has been an eventful Summer Games, with Simone Biles withdrawing from a number of events due to the twisties, Penny Oleksiak becoming Canada’s most decorated Olympian, Syndey McLaughlin setting the world record in the 400-meter hurdles, and many more memorable moments.

Now, the 2021 Summer Olympics will celebrate the end of this year’s games and work to begin ushering in the next Olympic Games.

Here’s how you can watch the closing ceremony of the 2021 Tokyo Olympics.

What channel is the closing ceremony on?

NBC (United States) and CBC (Canada) will continue their coverage of the Olympics through the end of the events, and concluding with the closing ceremony. The two channels will carry the final ceremony in the games both live and then later in the day with a rebroadcast during prime time on the east coast.

What time is the 2021 Olympics closing ceremony?

As has been the case for much of the Olympics, the 13-hour time difference between Tokyo and the east coast of the U.S. has meant that most North American viewers are watching the events either late in the night or early in the morning. The closing ceremony for the 2021 Summer Games will be held in prime time in Tokyo (8 p.m.), which means many in the U.S. and Canada will have to wake up early. The ceremony will start at 7 a.m. ET, but it will be rebroadcast during prime time at 7:30 p.m. ET.

Cut the cord on cable? Don’t worry, there are several streaming options. Viewers can stream it live on fuboTV, which offers a 7-day free trial, or through one of NBC’s streaming locations, Peacock and NBCOlympics.com.

When and where is the next Olympics?

Fans of the Olympics won’t have to wait too long for the next games to be held. The winter games, set to be held in Beijing, are right around the corner with the opening ceremony of the games scheduled for Feb. 4 and running through Feb. 20.

Even the wait until the next summer games won’t take too long as fans will have only three years until many of the same Olympians from the 2021 Tokyo Games will travel to Paris, France, for the