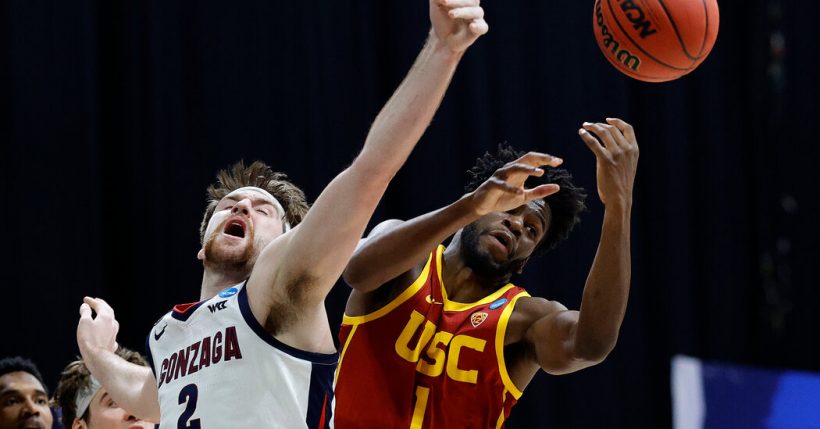 The Final Four of the N.C.A.A. men’s basketball tournament in Indianapolis features two No. 1 seeds that many people had projected to reach this stage in their brackets, a No. 2 seed that had flown under the radar nationally for much of the season and a perennial blue blood seeded No. 11 that virtually no one expected to still be standing.

Here’s what to watch for:

Gonzaga is two wins from perfection.

The Bulldogs (30-0) stand on the doorstep of history, but they haven’t made it their obsession.

With two more wins, Coach Mark Few’s club would become the first undefeated national champion in men’s basketball since Indiana in 1976. With victories Saturday and Monday, Gonzaga would finish at 32-0, the same mark that the Hoosiers put up 45 years ago.

“We’re not hung up on the undefeated thing at all,” Few told reporters after his squad dismantled No. 5-seeded Creighton, 83-65, in the round of 16 on Sunday. “We’ve got to go 3-0 if we want to win the championship, and that’s been our goal all along. Pressure is on all these teams as you get farther and farther along with this. Pressure comes from all kinds of places, and the biggest pressure of all is you just don’t want it to end.”

The two previous teams to get this far while undefeated — U.N.L.V. in 1991 and Kentucky in 2015 — both lost in the national semifinals.

Gonzaga does not appear to be in danger of following suit. The Bulldogs feature three players on the ballot for the Naismith Trophy as the nation’s best college player: Corey Kispert, Drew Timme and Jalen Suggs. Their fourth best player, Joel Ayayi, owns the only triple-double in program history. The Bulldogs have won their first four tournament games by a combined 96 points.

“I’ve loved every part of this journey, and we’re not done yet,” Suggs said in a television interview after Gonzaga smashed Southern California, 85-66, in the round of 8 on Tuesday. 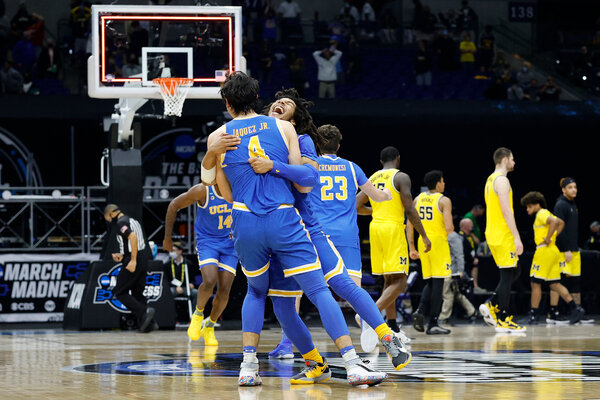 U.C.L.A. is a historic underdog.

Coach Mick Cronin’s team is just the second ever, after Virginia Commonwealth in 2011, to advance to the Final Four from the First Four. The Bruins have won five straight games in this tournament — including victories over No. 1-seeded in Michigan and No. 2-seeded in Alabama — after losing four consecutive games before the tournament.

Yet the Bruins (22-9) will enter the national semifinals as a historic underdog, with many major betting sites listing Gonzaga as a 14-point favorite. The Bruins are said to be the biggest underdogs in a Final Four game in 25 years.

“They’re going to have to keep it close and put game pressure on them somehow,” said Arizona State Coach Bobby Hurley, who, as a player helped Duke knock off U.N.L.V. in the national semifinals in 1991 before winning the championship. “Gonzaga’s been able to build big leads on teams that have been insurmountable.”

One crucial matchup to watch will be Gonzaga’s Timme against U.C.L.A. center Cody Riley. The 6-foot-10 Timme excelled against U.S.C.’s Evan and Isaiah Mobley in the Elite Eight en route to 23 points, 5 rebounds and 4 assists. The 6-foot-9 Riley, a junior averaging 9.8 points and 5.2 rebounds per game, will have to find a way to make life difficult for Timme, who loves to pass from the post to open teammates on the perimeter.

Baylor is seeking history of its own.

Coach Scott Drew and the Bears (26-2) are appearing in the program’s first Final Four since 1950 and are seeking to make their first championship game since 1948. They enter as a 5-point favorite over Houston (28-3).

Baylor was the No. 2 team in the nation for much of the season and may be best equipped to challenge Gonzaga should it reach the final because it features a group of talented and experienced perimeter players in Jared Butler, MaCio Teague, Davion Mitchell, Adam Flagler and Matthew Mayer.

The backcourt matchup will be crucial. Houston holds opponents to 28.3 percent shooting from behind the 3-point arc, while Baylor’s 41.1 percent clip from deep leads Division I.

Since a pause because of virus protocols and a loss to Kansas in late February, the Bears are 8-1 and appear to be playing at the same level as when they began the season 18-0.

DeJon Jarreau, Quentin Grimes, Marcus Sasser and the rest of the Cougars had not been born when Houston’s Phi Slama Jama teams, coached by Guy Lewis, reached three straight Final Fours from 1982 to ’84.

Led by Hakeem Olajuwon and Clyde Drexler, the Cougars lost in the 1983 final to the North Carolina State team coached by Jim Valvano and then to Patrick Ewing and Georgetown a year later.

Houston — now featuring Jarreau, a New Orleans native who began his career at UMass; Grimes, who transferred from Kansas; and the sharpshooting Sasser, a Texas native like Grimes — has won 11 straight games dating to Feb. 18.

“I’m happy to bring that excitement back to Houston and continue what the Phi Slama Jama did,” Jarreau said.