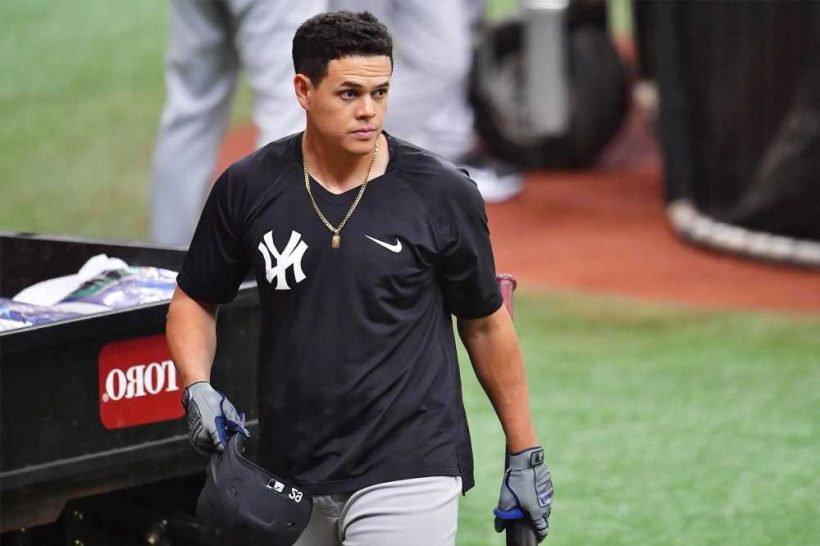 Gio Urshela, who earned the promotion by being one of the few productive Yankees in an otherwise struggling lineup, exited Wednesday’s game against the Braves with lower back tightness, the team announced.

Urshela was replaced by Rougned Odor to start the eighth inning, with DJ LeMahieu moving from second base to Urshela’s spot at third.

At the time of his removal, Urshela was 1-for-3 with an infield single. The night before, he had doubled and homered in the Yankees’ 3-1 win.